In a search for solutions to some of the biggest challenges facing people around the world, the second day of the Unite Conference in Rotterdam looked to build bridges from schools to politicians to policies.

The world and its multitude of problems may appear overwhelming at first glance, but the mood at Education International (EI)’s Unite for Quality Education and Leadership Conference in The Netherlands’ Education City 2017 could be summed up into one word: action.

That was the message conveyed by speakers and ideas stemming from discussions during day two of the three-day event.

The tone of the day was set with the powerful and memorable words of Nobel Peace Prize Laureate Kailash Satyarthi. The champion of children’s rights, and long-time friend of EI, Satyarthi brought current political and social issues to the fore.

“Before so many walls are constructed around and inside of us, let's unite the world through bridges of compassion,” he said. “Teachers can lead with conscience, courage and compassion to help build a child-friendly world.”

The Nobel Laureate announced his new 100 Million for 100 Million Campaign, which was fully endorsed and supported by EI General Secretary Fred van Leeuwen. The initiative seeks to see that the world’s 100 million child labourers are set free. Of Satyarthi van Leeuwen said that “his story is one of vocational perseverance, dedication to his values and plain and simple hard work.”

His words were also appropriate on day when the troubling trend of post truth was discussed in the context of education, and how teachers can work to counter the reality of false facts. And the theme of compassion and human connection was also relevant as the contentious issue of standardised testing was put to the debate floor. Steffen Handel of the Norwegian EI affiliate UEN exchanged his views with the OECD’s Yuri Belfali. 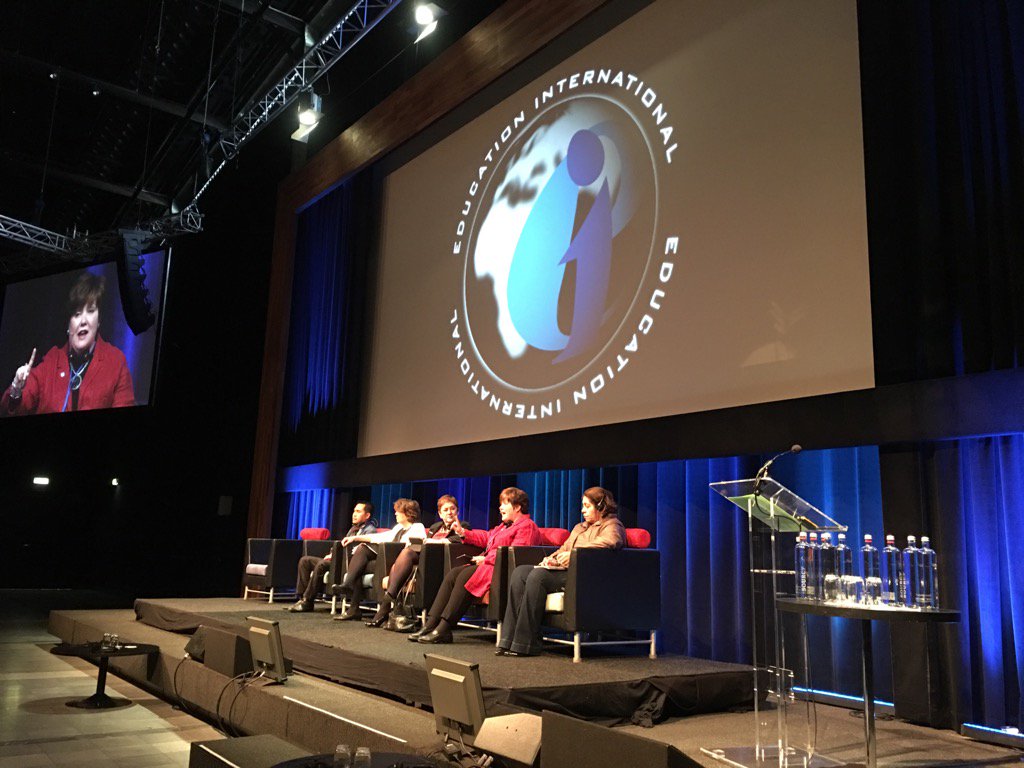 We've got two great experts with us at the #unite4ed conference - and they agreed to sit on our school benches!… https://t.co/0qdhUcDNHM twitter.com/i/web/status/8…

“Pivoting to Online Education During the Pandemic Wave”, by Nadine Molloy.