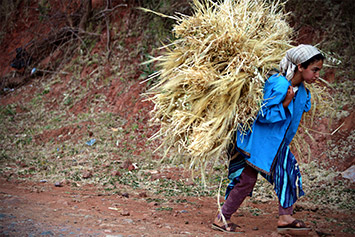 The teachers’ union GEW has announced that its German Fair Childhood Foundation has agreed to fund three child labour eradication programmes in Mali, Nicaragua and Tanzania.

The Foundation, known in Germany as the GEW-Stiftung Bildung statt Kinderarbeit, chaired by Marlis Tepe, GEW President and Vice President of Education International (EI), is going to provide funding for capacity building and professional development programmes for local teachers in specific zones of the three countries, beginning 1 July.

In Mali and Nicaragua, the funding complements an existing initiative developed three years ago with the assistance of a Dutch donation. In Tanzania, a new child labour free zone is being launched by the Foundation in the Masai community along with the local EI affiliate, the Tanzania Teachers’ Union.

The decision of GEW’s foundation is an acknowledgement of the positive outcomes of the child labour projects implemented by EI with local teachers unions. For the Foundation, it was important that the development work be coordinated by EI.

“Preparing for a post-COVID-19 world and working to prevent student dropout: good union practices in the fight against child labour”, by Samuel Grumiau and Pedi Anawi.