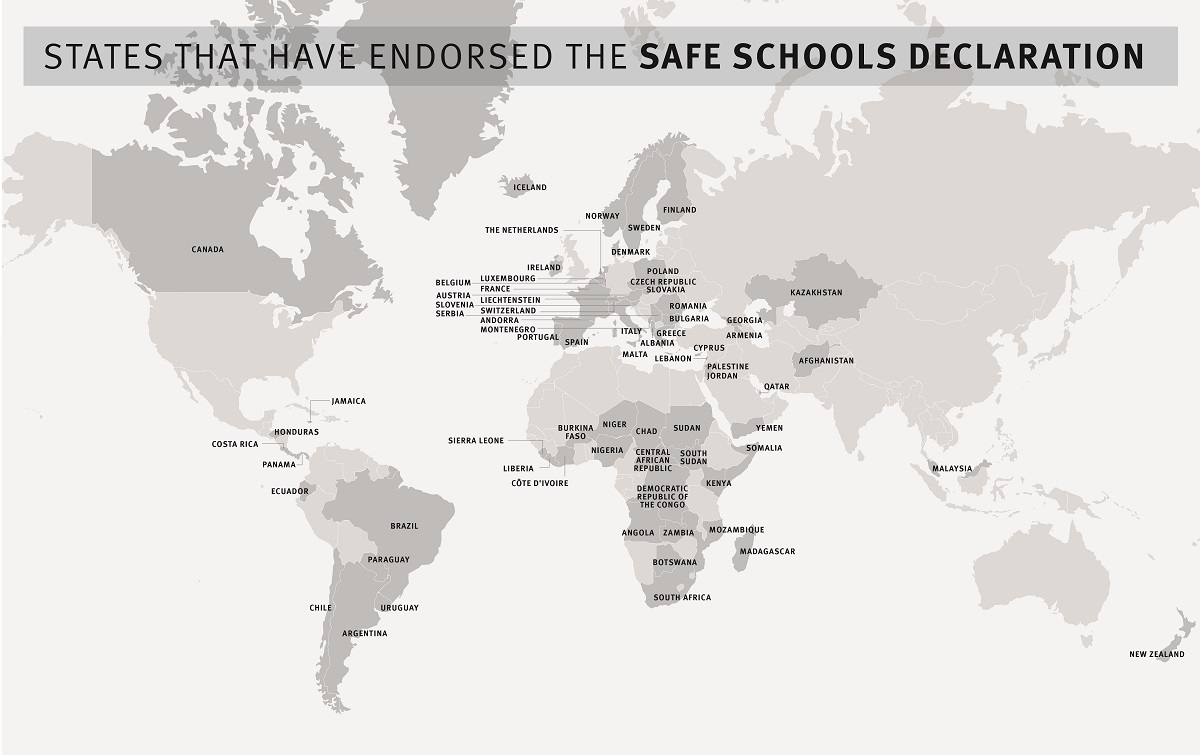 Education International welcomes the move by Yemen to endorse the Safe Schools Declaration, committing itself to protect students, teachers, schools, and universities during times of violent conflict.

Yemen has become the latest country to endorse the international political commitment known as the Safe Schools Declaration. The commendation was issued on 27 October by the Global Coalition to Protect Education from Attack (GCPEA), an inter-agency coalition formed in 2010 to address the issue of targeted attacks on education during armed conflict. Thousands of schools have been damaged or destroyed by all parties to the conflict since the outbreak of fighting in Yemen in 2011.

Yemen’s endorsement, signed by the Permanent Representative of the Yemeni Mission to the UN in New York, came head of the UN Security Council Debate on Children and Armed Conflict, where countries will gather to discuss grave violations against children in armed conflict, including attacks on schools. In the annexes to his 2017 annual report to the Security Council, which will be presented at the debate, UN Secretary-General Antonio Guterres listed both the Houthis/Ansar Allah, and the Coalition to Restore Legitimacy in Yemen, led by Saudi Arabia, as parties responsible for attacks on schools in Yemen.

Also listed for attacks on schools and hospitals in the annexes of the Secretary-General’s annual report are parties in Afghanistan, the Central African Republic, the Democratic Republic of Congo, Iraq, the Syrian Arab Republic, and Nigeria. The Safe Schools Declaration, a political commitment championed by Argentina and Norway, seeks to improve the safety and security of students, educators, schools, and universities in situations of armed conflict. It provides a framework for cooperation at the national, regional, and global level by identifying a range of measures that governments and others can take to prevent or respond to attacks on schools and educational personnel.

Governments that endorse the Declaration commit to using the Guidelines for Protecting Schools and Universities from Military Use during Armed Conflict as a practical tool to guide their behavior during military operations. Avoiding military use of schools is a key way in which armed forces and armed groups can reduce the risks faced by children and young people in armed conflict, including death, severe injury, child recruitment, sexual exploitation and abuse, and psychological trauma. Girls and women are often disproportionately impacted by attacks on education and military use of schools.

In May, UN Secretary-General Guterres urged all UN Member States to join the growing community of countries that have endorsed the Safe Schools Declaration. The Special Representative to the Secretary General on Children and Armed Conflict, Virginia Gamba, has echoed this call, noting that increased support for the Declaration reflects a growing international consensus that preventing military use of schools is essential to avoid disruption to education.