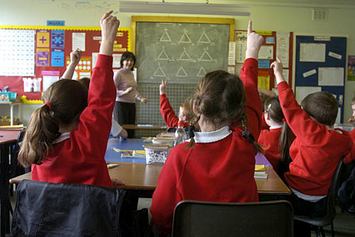 UK education unions have urged the government to urgently address the serious teacher supply problem, in light of a report on teacher numbers from the government’s Public Accounts Committee.

The UK government’s Public Accounts Committee (PAC) has said that schools across England are in crisis, because the Education Department has failed to act with regards to teacher shortages.

“The Public Accounts Committee has delivered a devastating critique of the Government’s failure to ensure that there are enough teachers working in England’s schools,” said Kevin Courtney, Joint General Secretary of the National Education Union (NEU). The Government is “fiddling whilst teacher supply burns”, and is engaged in a number of small, localised initiatives “which fail to begin to address the scale of the teacher supply problem”.

In its study, “Retaining and Developing the Teaching Workforce”, the PAC is correct in its analysis that excessive workload and inadequate pay is failing to attract, and driving teachers from, the profession at a time when school rolls will rise by over half a million extra students, he acknowledged. Inadequate funding for schools will create a pressure keg of rising class sizes, creating even more unsustainable workload pressures for teachers and school leaders, Courtney added.

“What is most worrying is the PAC’s concern that the Department appears to have little clue about how to counter the exodus of experienced teachers from the profession.” What is needed, now, is bold and innovative thinking which must include radical changes to the accountability pressures on schools and a rise in teachers’ pay which will make it attractive to graduates, Courtney said.

Welcoming the PAC’s recommendation that the Government should work with others in the school sector to set out acceptable level of teacher workload, he stressed that the NEU is willing to engage fully with the Government in what will be “a detailed and complex piece of work”, defining the workload levels acceptable for teachers.

The National Association of Schoolmasters Union of Women Teachers (NASUWT) General Secretary, Chris Keates, also insisted that “we have now had numerous official public bodies highlighting the lack of effective action by this Government to address the deep teacher recruitment and retention crisis”.

Reasons for this crisis include “ever-rising workloads, particularly driven by oppressive marking and assessment regime and administrative tasks”, as well as “uncompetitive salary levels as a result of years of cuts, caps and freezes”, she said.

Teacher burnout is manifesting itself in spiralling levels of mental and physical ill health, Keates said, warning that there is “deep anger and frustration across the profession”.

The PAC, she explained, rightly highlights the unequivocal evidence presented to it by the NASUWT that a key driver of the current crisis in teacher numbers is the number of existing teachers leaving the profession, often taking with them valuable years of knowledge, skill and expertise.

“Unless the Government accepts the mounting evidence, grasps the nettle, and takes action to address effectively the problems they have created, the position will only deteriorate further,” she concluded.