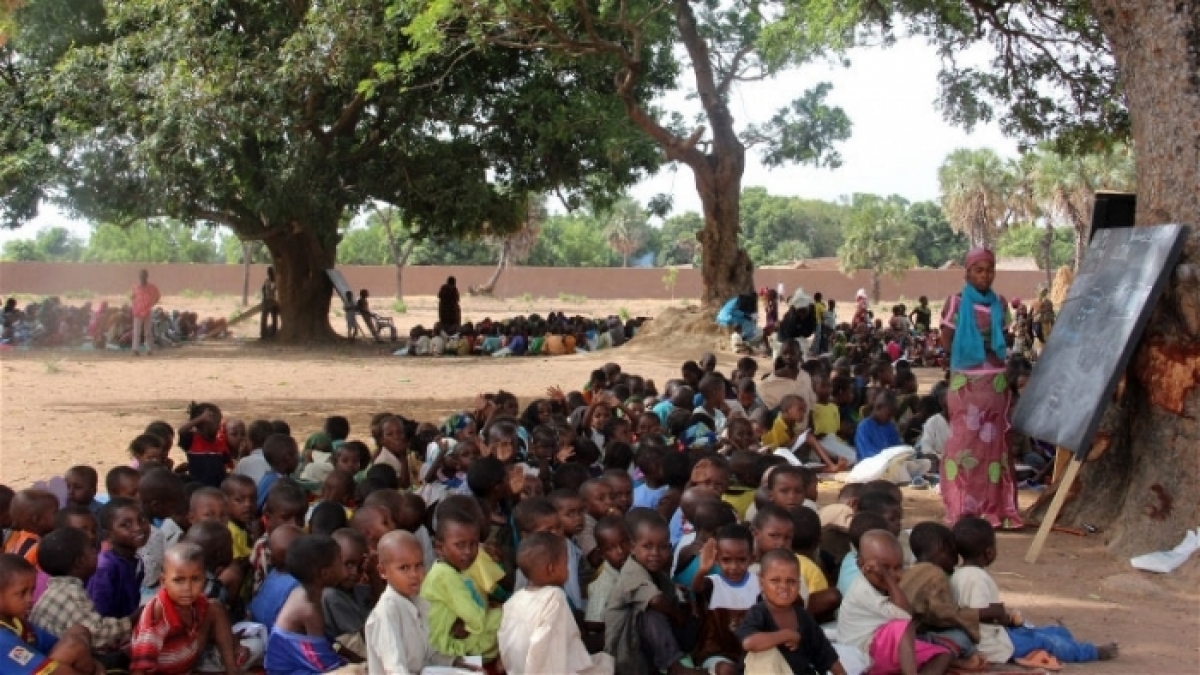 Despite conflict in the Central African Republic, teachers are fighting to ensure that the education system functions and that trade union rights are respected.

Despite the ongoing conflict, the school system in the Central African Republic works, in general. However, it is undermined by issues specific to the country, said Etienne Paulin Songoli, General Secretary of the Syndicat National des Enseignants Autonomes de Centrafrique (SYNEAC).

Persistent insecurity in the regions undergoing conflict is the biggest problem, according to Songoli. This means that teachers who are assigned to troubled regions remain in the capital, Bangui, because they fear for their lives. This results in school exams, namely the baccalaureate and the “brevet” (lower secondary school certificate), not being organised in such regions. The baccalaureate was organised, belatedly, in Bangui for students who had fled their regions and stayed in the capital.

Another serious issue for the system of education is the significant shortage of teachers, especially at the elementary level. This has a knock-on effect on teacher/student ratios, with staff having up to 250 pupils in a class, he said. In addition, authorities have tried to replace departing experienced teachers with teachers“who have had cut-price training, namely six months, and individually contracted teachers, most of whom are devoid of any teaching knowledge”, said Songoli.

Although teachers’ salaries are now paid regularly, arrears remain. According to an agreement between the trade unions, the Ministry of Education and the World Bank in September 2017, provision was made to recoup the 33 months of arrears that arose under the previous regimes of presidents Kolingba and Patasse. The International Monetary Fund (IMF) and the World Bank undertook to pay these arrears from January 2018. However, these sums, amounting to approximately CFA70 billion (€107 million) have  not yet been paid.

Songoli also explained that, whilst there is a problem of insufficient trade union training for teachers, demand for capacity building training about meetings and public speaking is significant.

The SYNEAC has also organised meetings to encourage teachers to pay their dues. Songoli also pointed out that, although a group of unions meets regularly with the Government for discussions, the matters discussed are not specific to education as the SYNEAC is not yet party to them.

Concerning teacher training, Songoli highlighted the fact that there is only one teacher training college in Bambari. The college struggles to graduate 100 teachers annually, he said; however, they are not guaranteed jobs because of budget issues. This is despite the fact that the country needs more than 5,000 primary school teachers. Unfortunately, the number of school-age pupils exceeds the number of children attending school because, for financial reasons, the Government cannot solve the problem. Thus, private schools are mushrooming, facilitating the entry of the private sector into running schools and the commodification of education.

According to Songoli, because the State could not organise the construction of all the schools needed, nor train enough teachers , it opened up a “market” for private schools. This trend towards privatisation is mirrored in the ministry itself which has a director for private schools, he said. Whilst pupils are being provided with an education from the private sector, in the absence of any from the public sector, the quality of teaching in private schools is a problem, said Songoli. A trade union discussion day on the privatisation of education is to be organised to address this topic.