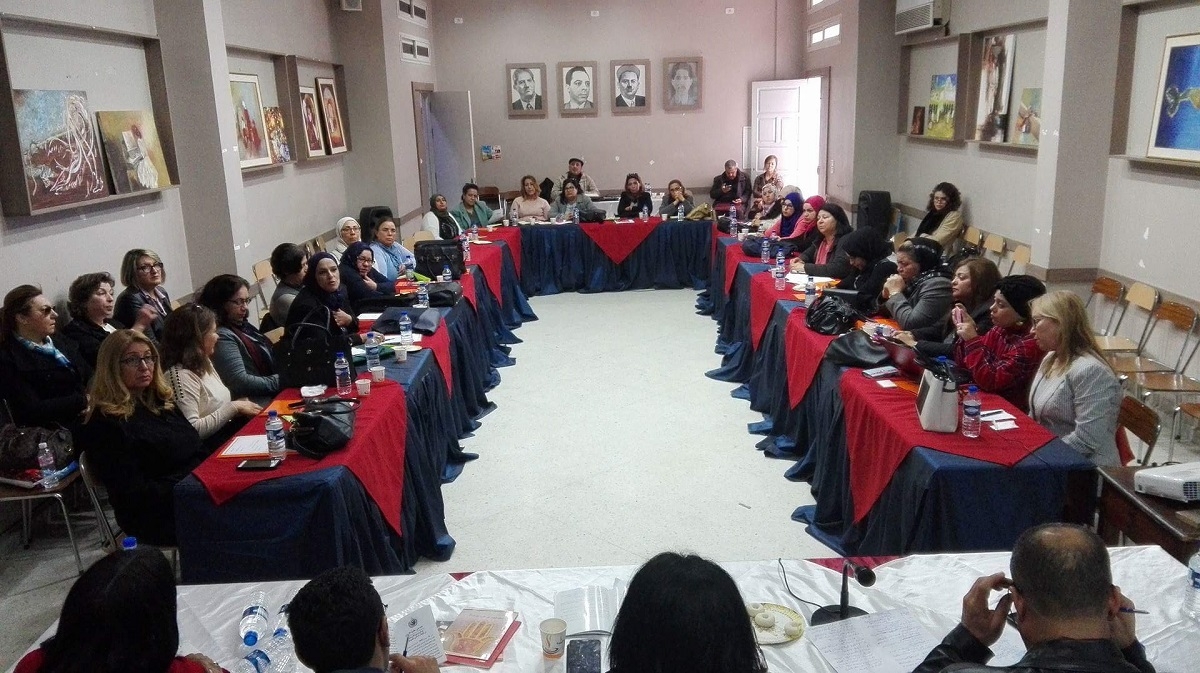 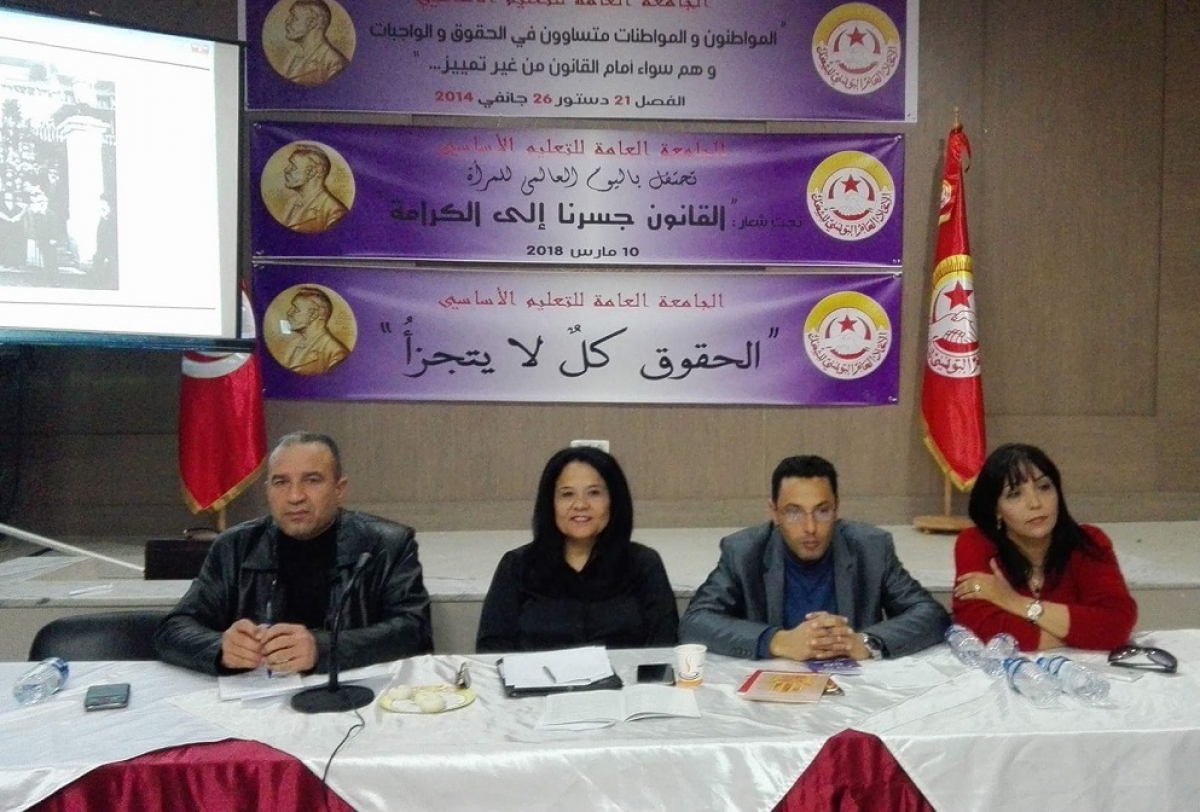 The teachers of the Fédération générale de l'enseignement de base have welcomed the new national law to stop violence against women.

This year the Fédération générale de l'enseignement de base (FGEB) celebrated International Women’s Day at a conference hall decorated with 17 paintings by the Tunisian painter  Hanen Ghorbel with a speech by its Deputy General Secretary Emna Awadi about the new law to stop violence against women. Awadi explained the details of the three chapters in this law, relating respectively to the themes "prevention of and protection against violence towards women", " violent offences against women" and "procedures, services and institutions".

Female trade unionists, who were present in large numbers, and their male colleagues enthusiastically welcomed this law and put forward some proposals to improve it in the future.

Slim Ghriss, an FGEB member, from the Comité Syndical Francophone de l'Education et de la Formation (CSFEF) and the Arab Countries Cross Regional Structure (ACCRS) within Education International (EI), gave an historical overview of the fight for women’s rights, and emphasized the support given by EI to women in their struggle for equality. He recalled that EI insists that its affiliates put an emphasis on women’s fight for equality and make a commitment to it.

#IWD2019 #Education Voices: "The Role of Education in South Africa’s Struggle Against Gender Based Violence", by Dorcus Sekabate