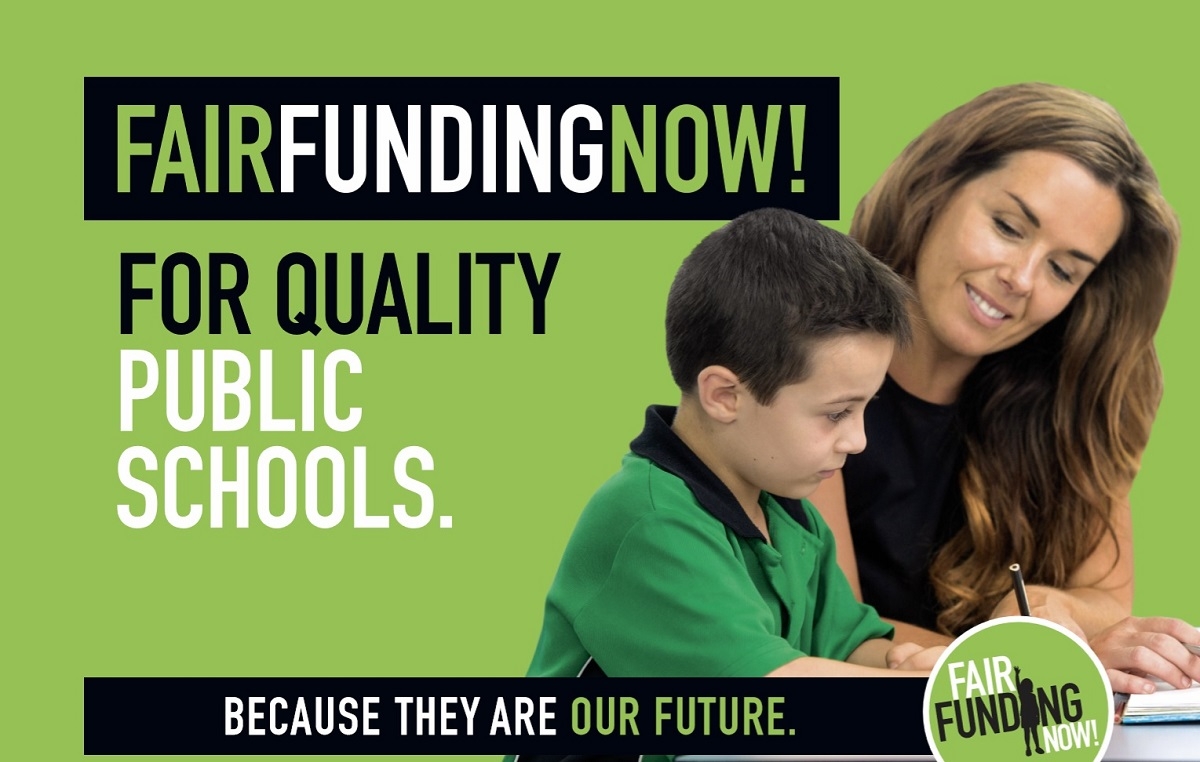 The Australian Education Union is demanding that public schools are properly resourced by public authorities with the launch of a new phase of its schools funding campaign – “Fair Funding Now!”

The Fair Funding Now! Initiative, launched by the Australian Education Union (AEU) on 27 March in Canberra, comes follows the government’s A$1.9 billion cut to public schools in 2018 and 2019.

While 2018 “should have been a year of celebration for our schools with the biggest investment in schools in decades … the Turnbull Government’s A$1.9 billion cut will deny most of our children this life-changing assistance”, said AEU Federal President Correna Haythorpe.

She added that “the Commonwealth Government provides a capital works fund of $1.9 billion for private schools but not to public schools that desperately need basic classroom-building improvements.”

A fair go for all children

AEU launched its new campaign name – Fair Funding Now! – at a meeting with principals and parents from throughout Australia. It wants political leaders to hear and understand the importance of public school funding to the community.

Australian educators and civil society are asking federal politicians to commit to:

- Reverse the cuts to disability funding

“Education Outcomes Fund for Africa and the Middle East: is it a game changer?”, by Keith M Lewin