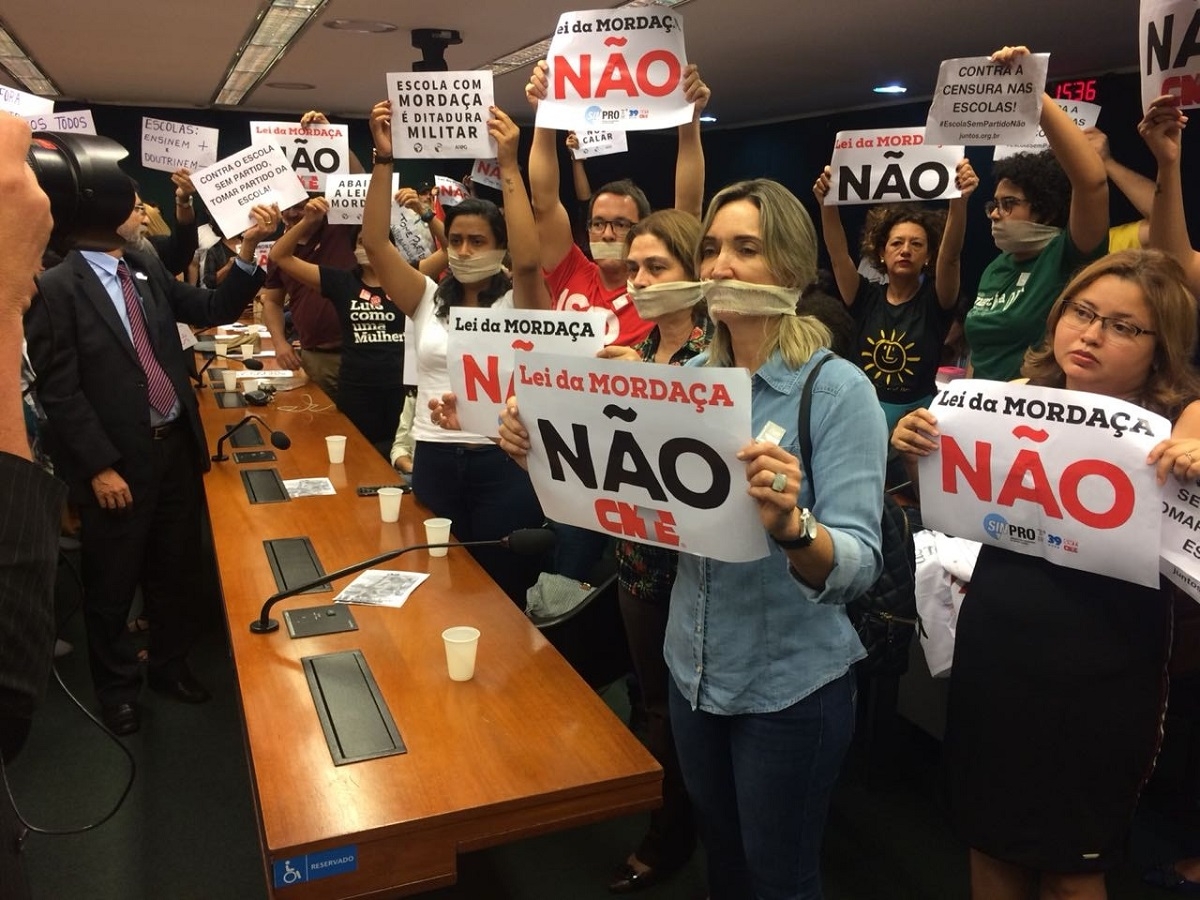 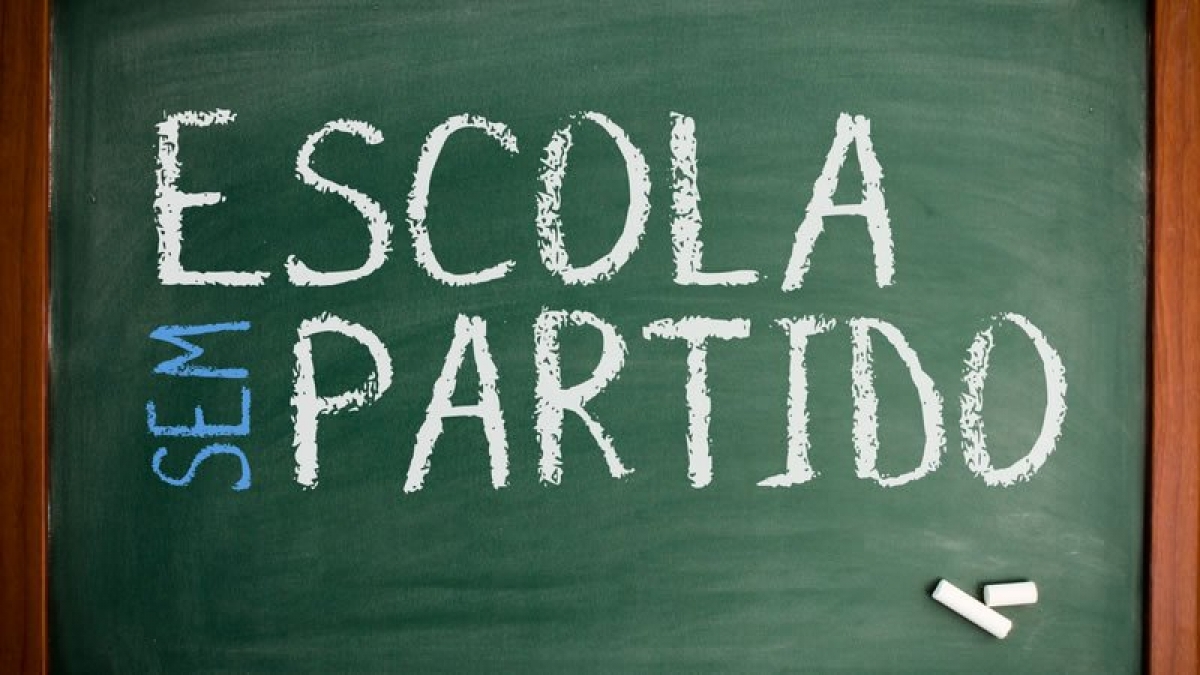 The Confederação Nacional dos Trabalhadores em Educação has been successful in pushing back a bill in the Brazilian Parliament that would prevent the expression of any political, ideological, or partisan ideas in classrooms.

Mobilising massively, the Confederação Nacional dos Trabalhadores em Educação (CNTE) was able to prevent the vote on the opinion of the rapporteur Flavinho to the legislative bill PL 7.180/2014, which creates “the School without a Party”, also known as the “Law of the Gag”.

On 11 July, with opposition MPs, teachers, students and academics protesting during the session of the Special Committee of the Commission of Education of the Brazilian Chamber of Deputies, the session was postponed and a date was not set to resume the debate.

The bill establishes that classrooms and dedicated areas in educational institutions shall have posters with the teachers’ six duties, one of them preventing them from co-opting students for any political, ideological, or partisan organisation.

CNTE: taking education back into the Dark Ages

“Mobilisations will continue to counter this proposal. The ‘School without a Party’ proposal is unconstitutional and takes education back into the Dark Ages,” criticised Confederação Nacional dos Trabalhadores em Educação (CNTE) General Secretary Fátima Silva at a demonstration.

In a public note released on 3 March, the CNTE firmly opposes the bill, as the trade union believes that it is based on concepts and political, social and pedagogical criteria entirely opposed to those enshrined in Brazil’s Federal Constitution and in the Law on Guidelines and Bases of National Education (Law 9.394/1996), which acknowledges democratic management and pluralism of pedagogical ideas and conceptions as pillars of formal education in Brazil.

Furthermore, the “Law of the Gag” advocates dropping subjects linked to “gender” or “sexual orientation”, with a direct consequence on pedagogy and pedagogical books, and on assessments and entrance exams for admission to universities and higher education institutions. It also includes the supervision of the teaching practice, with a complaint channel, as well as the idea that family values take precedence over school education in aspects related to moral, sexual and religious education.

The first draft laws related to “School Without a Party” were presented at the Chamber of Deputies in 2014-2015.  In October 2016, a Special Commission was created to analyse the bill and deal, directly or indirectly, with this issue. It is that Special Commission that delayed action on the opinion of the rapporteur.