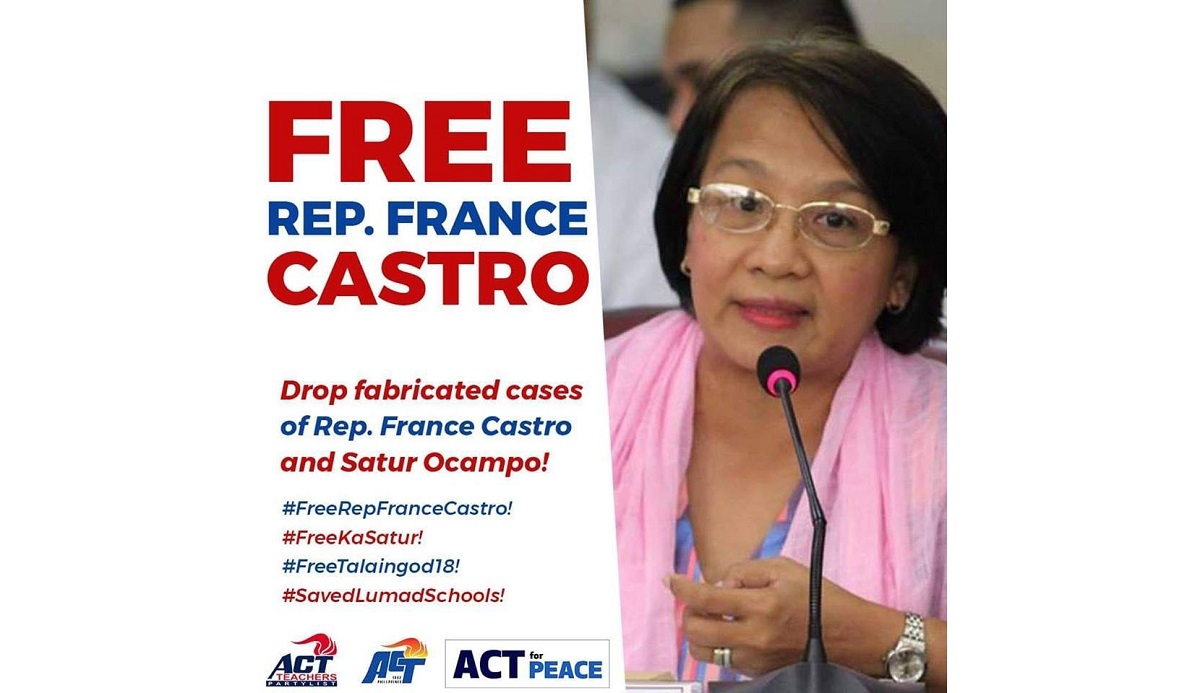 Education International has strongly condemned the illegal arrest and detention of the members of a solidarity mission with Lumad schools in the municipality of Talaingod, in Davao del Norte.

In a letter dated 29 November and addressed to the President of the Republic of the Philippines H.E. Rodrigo Duterte, EI General Secretary David Edwards explains that, according to the Alliance of Concerned Teachers (ACT), an Education International (EI) affiliate, the solidarity mission convoy was attacked by members of a paramilitary group known as Alamara, while it was stopped at a check point in the night of 28 November. Tires of several convoy vehicles were spiked, windshields were broken, and gunshots were fired. The police did not protect the members of the convoy against this attack, but instead brought them to the Talaingod police station. They are now being detained on trumped up charges of human trafficking and child abuse.

“This shows how, under the martial law regime in Mindanao, the basic rights of the most marginalised are denied to them, while the interventions of human rights defenders are criminalised,” ACT Secretary-General and EI Executive Board member Raymond Basilio firmly denounced.

The solidarity mission was composed of more than 70 teachers, students, human rights defenders and other volunteers, including Rep. France Castro, Parliament Representative and former ACT Secretary-General. The aim of the mission was to give support to students and teachers of Lumad schools in the Talaingod municipality, who have been the target of harassment by military and paramilitary forces for weeks. Some schools have been forcibly closed by the 56th Infantry Battalion of the Philippine Army.

EI: Fundamental rights and freedoms must be respected

Education International therefore urged the Government of the Philippines to:

Education International also called on the Duterte’s Government to endorse the Guidelines for Protecting Schools and Universities from Military Use during Armed Conflict, and to protect students, teachers, schools, and universities from attacks or any other action – such as the closure of schools – that may interfere with the right to education.