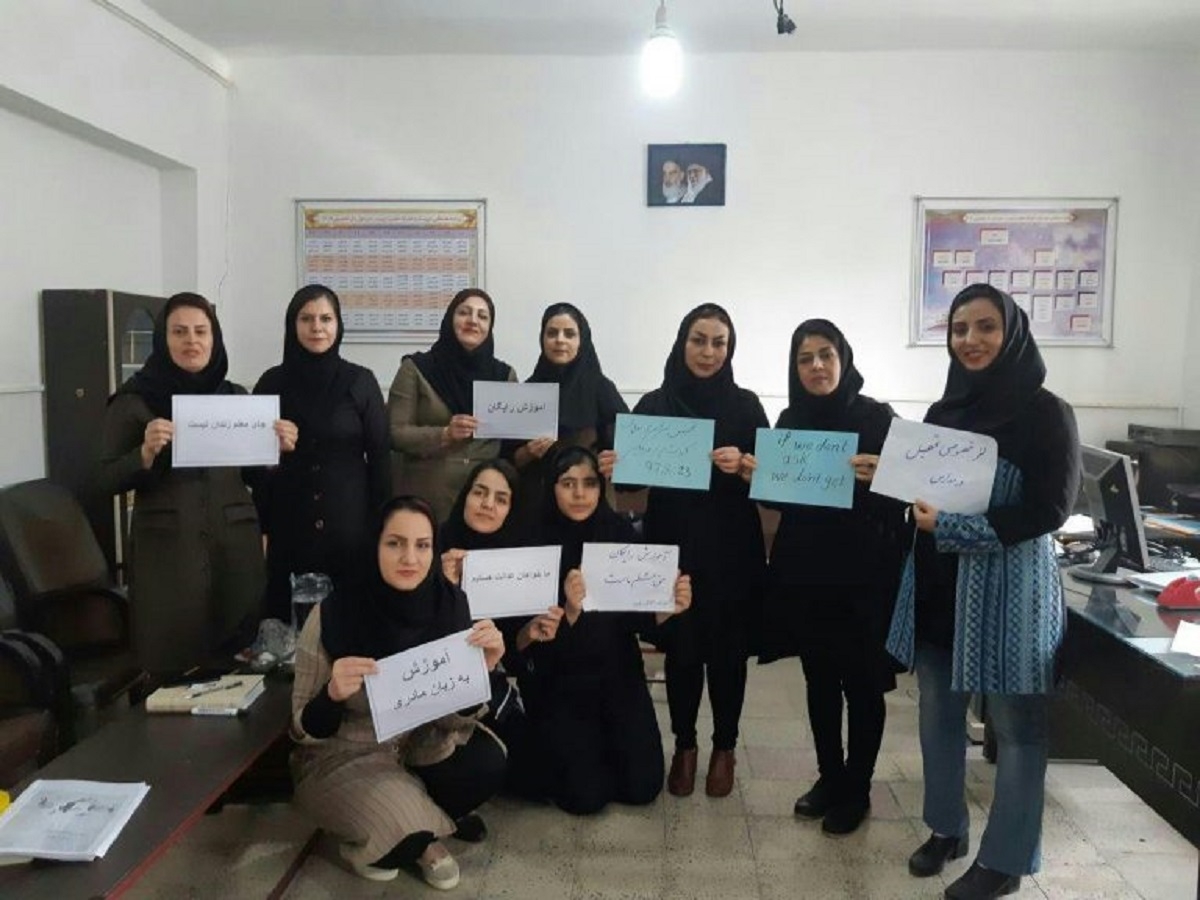 Confronted with the worsening situation of Iranian educator activists, Education International continues its fight to see jailed education union leaders and members freed, and reiterates its call on its affiliates and concerned citizens around the globe to continue to exert pressure on the Iranian Government to demand the immediate release of the trade union activists.

The Coordination Council of Iranian Teacher Trade Associations (CCITTA) – the Education International (EI) affiliate in Iran— reported that at least 15 teachers were arrested and many others summoned for questioning or threatened by the security services for their participation in a two-day strike action on 13 and 14 November.

Teachers were demanding decent wages, free quality education for all, the right to form and join independent workers’ organisations, as well as the release of all detained colleagues.

In a letter to Iranian President Hassan Rouhani, EI General Secretary David Edwards condemned the prolonged and severe repression faced by teachers carrying out peaceful protest actions in many cities across Iran and requested their immediate and unconditional release.

Urging Iran to abide by its international commitments to respect the rights and freedoms of all Iranian workers and citizens, Edwards invited the Iranian public authorities to engage in a meaningful dialogue with teachers and their representative organisations in order to address their legitimate demands.

The situation of Iranian teacher trade unionist Mohammed Habibi, sentenced to ten and a half years in prison on 4 August, is also extremely worrying. While family members who visited him in prison reported that he had been severely mistreated, public authorities continue to deny him the urgent medical support he needs.

Hashem Khastar, a retired teacher and prominent member of the Iranian Teachers’ Trade Association (ITTA) in the Khorasan Razavi province, was forcibly hospitalised in a psychiatric facility from 1-19 November. This is an additional, disturbing means of  silencing dissident voices in Iran.

Education International, its affiliates and civil society organisations will continue to monitor closely the f human and trade union rights situation in Iran. It will also continue to alert appropriate UN human rights bodies of sustained, persistent attacks against educators’ rights in cooperation with Amnesty International, the International Trade Union Confederation and other global unions federations.

EI has launched a new petition with LabourStart to request the release of imprisoned teachers in Iran. Sign it now to support our Iranian colleagues. It will take only two minutes of your time!