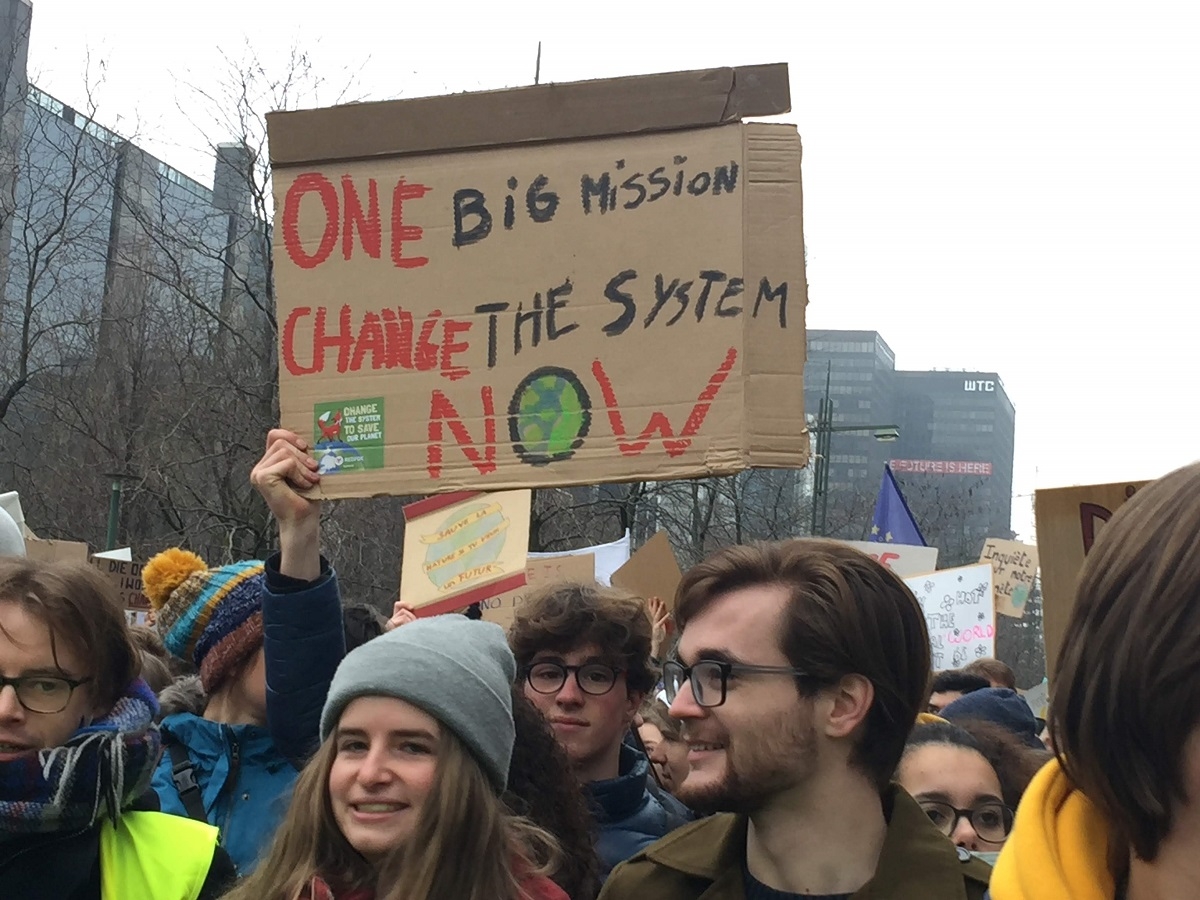 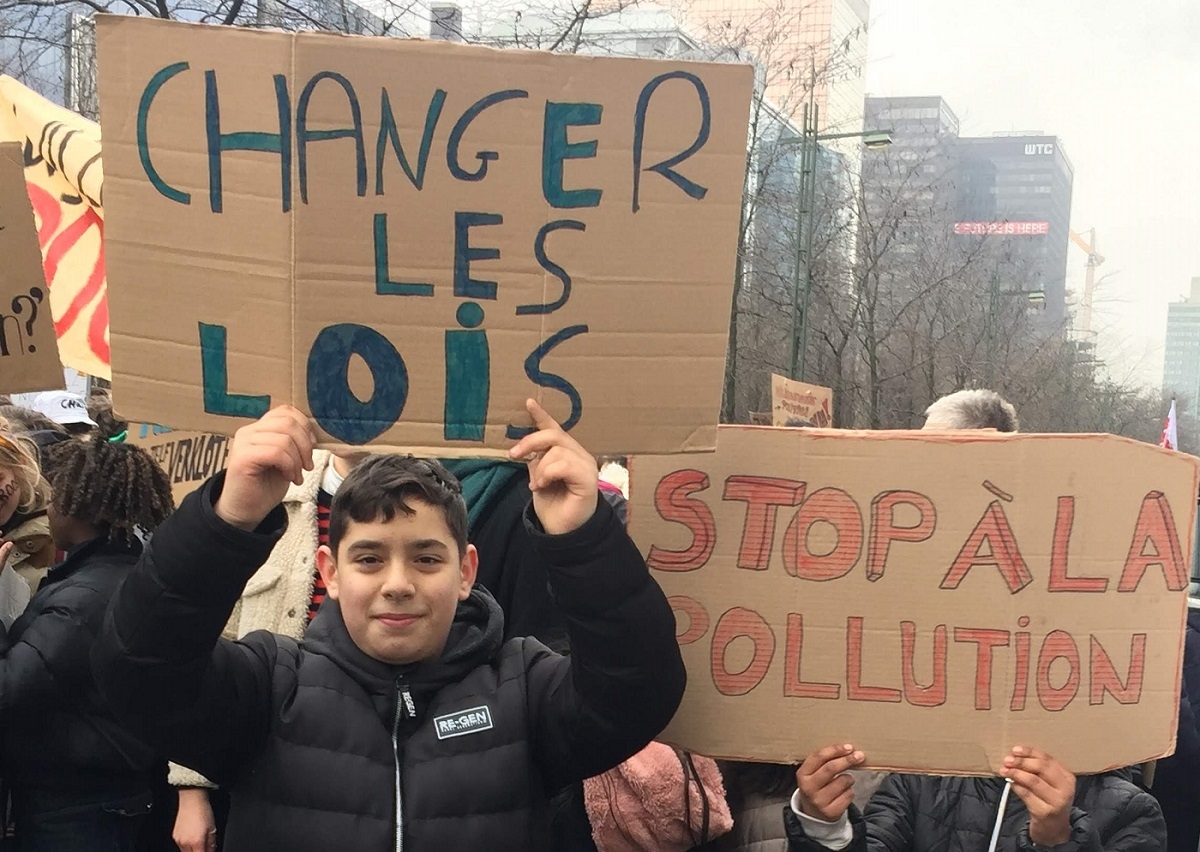 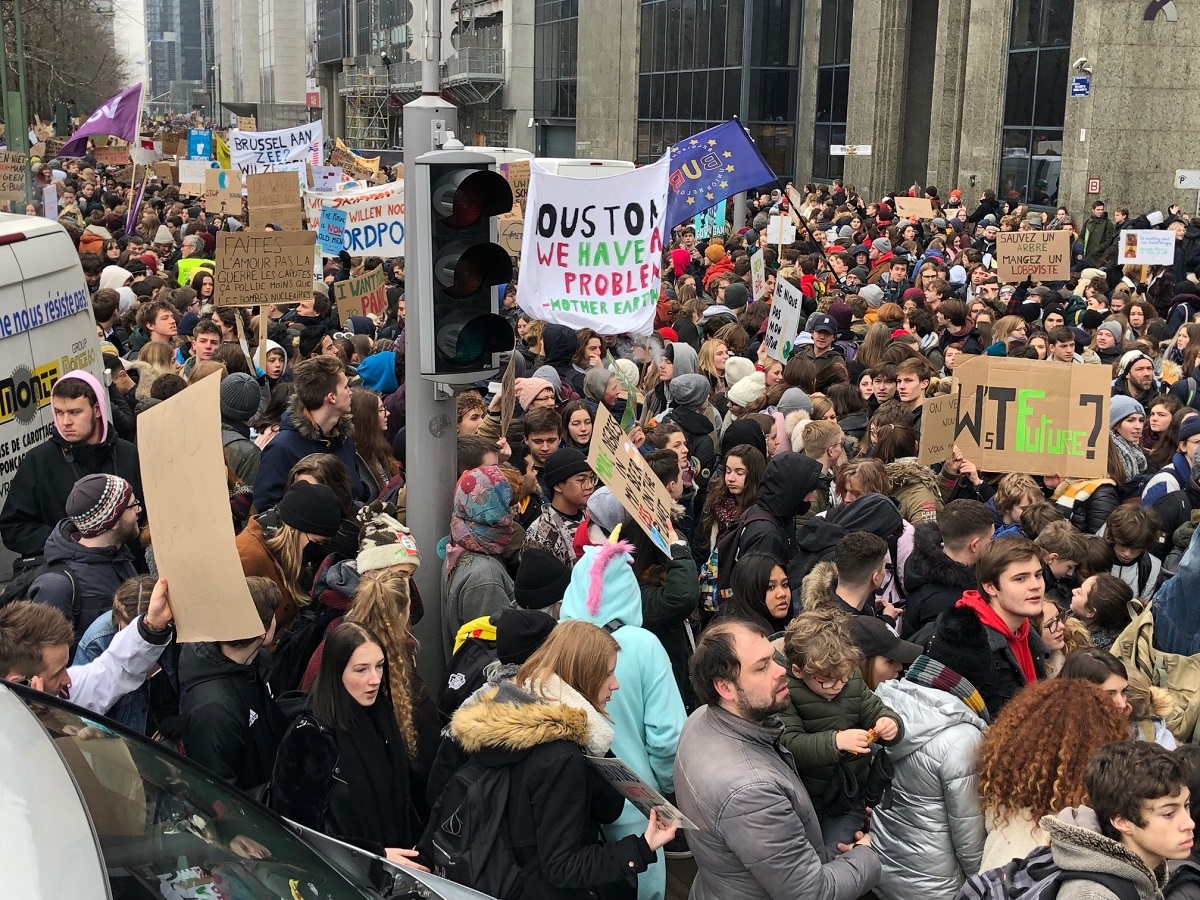 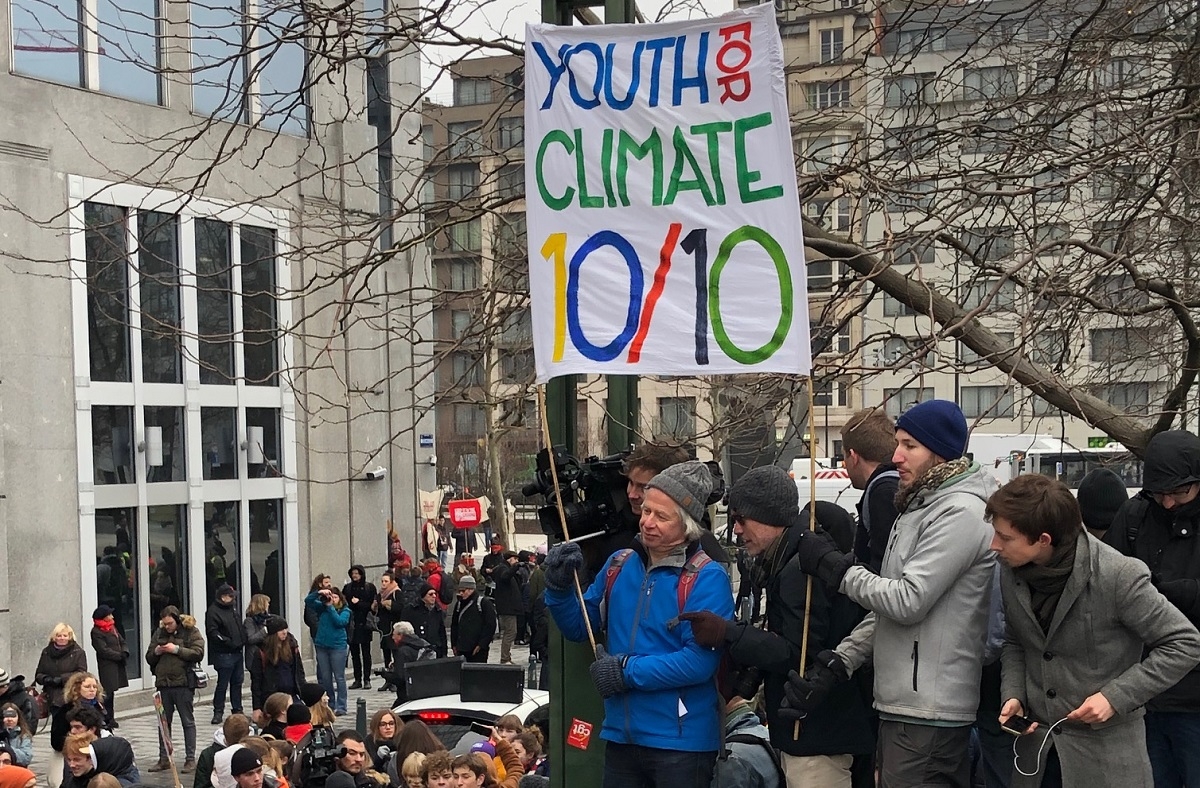 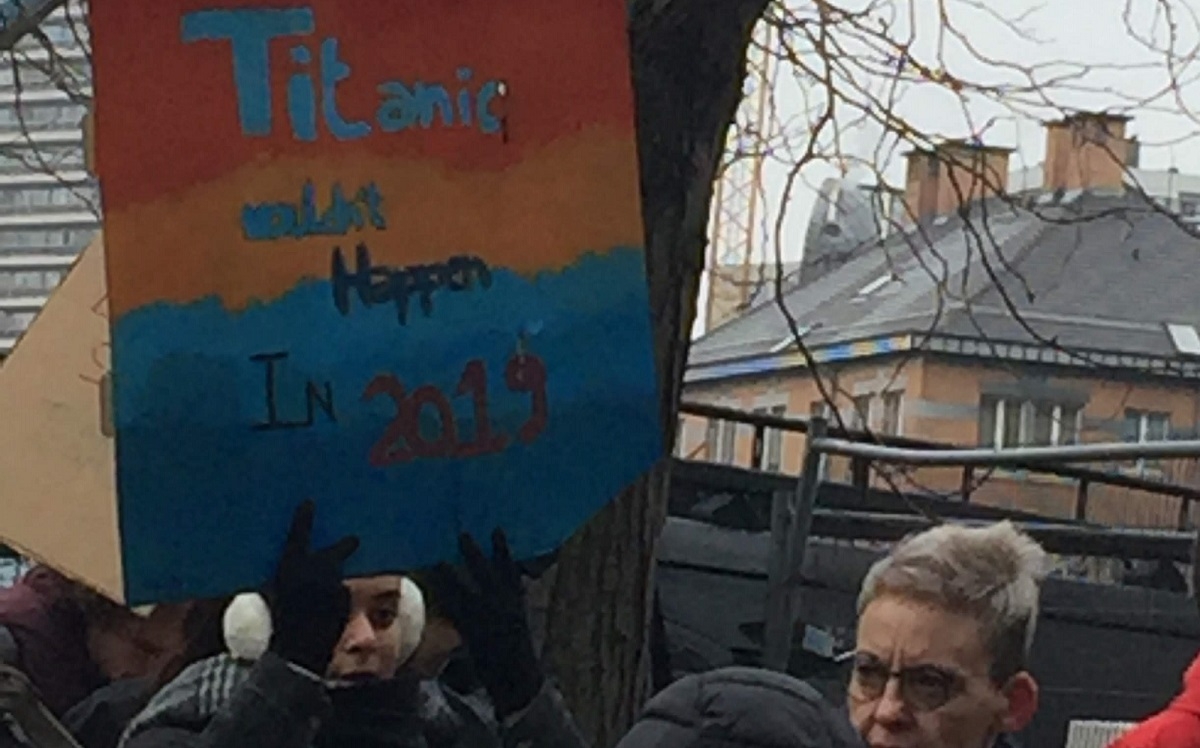 Belgian teacher unions have declared their support for the young people who have been demonstrating in the streets of Belgium – and internationally – every Thursday for nearly a month to demand that decision-makers take urgent measures to tackle climate change.

The community committee of the CSC-Enseignement union saluted the fact that “in the last three weeks, a number of students have demonstrated on Thursdays, calling on authorities to bring in radical measures to combat climate change. On 10 January 3,000 of them took part, on 17 January there were between 12,000 and 15,000 of them, and on 24 January 35,000 took to the streets. The success of these demonstrations gives us cause for satisfaction, for several reasons.” On 31 January, 30,850 young demonstrators were again involved in climate-related protests in numerous cities across Belgium.

The Belgian teachers’ union expressed delight at “the maturity of these young people, who have taught us a valuable lesson”, which was “far removed from the lack of action by certain politicians”.

In addition, the organisation noted that “while the movement originated in the north of the country, it expanded to the south from the second demonstration onwards. Unity between the forces of progress on fundamental issues is therefore still possible in this country, much to the displeasure of the separatists and confederalists.”

“At a time when there is much talk, quite rightly, of the importance of citizenship education,” continued the CSC-Enseignement, “here is a great example of it being put into effect on the ground. What could be more citizen-like than collectively getting to grips with a problem that affects us all, particularly them?”

The CSC-Enseignement has therefore called on all teachers to “support any possible action on the part of their pupils. We hope, at the very least, that no young demonstrators will receive punishment of any kind for their activism. We are hopeful that the movement will expand even further so that the courageous measures needed can be taken to protect the common good, which has been abused for far too long by our economic system, which places profit above all else, and by the inconsiderate exploitation of natural resources.”

The students who make up the Youth for Climate movement intend to continue their demonstrations every Thursday until the Belgian elections in May. Eventually, actions of this type could be organised throughout the country, as the “Youth for Climate” network is currently spreading – towards Wallonia in particular.

The European Students’ Union (ESU) is of the firm belief that “education and sustainability go hand in hand” and its policy is, therefore, aligned with the objective of these school walkouts.

As stated in the body’s latest resolution on climate change, European decision-makers must make a substantial effort to build a more sustainable society. The ESU said that it was “terrified to see that, instead of standing by the deadline of 2030 set by the Paris Declaration, the EU seems to have unambitiously postponed reaching their goals to 2050.”

Its members were “also disappointed that, within the areas the EU has highlighted as essential to achieving a climate-neutral economy, education is not mentioned at all. Education is both a catalyst for research and innovation, as well as a precondition of access to social rights and fairness. Both furthering climate change awareness and empowering citizens to stand together against climate change can be achieved through formal, non-formal and informal education.”

Consequently, the ESU was delighted “to see students coming together in the name of democracy and the environment. Students represent the current and future generations, and so it is crucial that we act as catalysts for change, especially as regards these issues, at a time where the decision-making authorities appear to differ on their importance and urgency.”

EI: Role of education and research in leading the debate on climate change is particularly important

For its part, Education International (EI), during its 6th World Congress in 2011 in Cape Town, South Africa, adopted a resolution on education unions mobilising on climate change.

In it, EI and its member organisations recognised that “human-induced climate change has serious environmental, economic and social consequences for all countries and all peoples and represents one of the most serious global challenges facing governments and civil society in the 21st century.”

They also confirmed “the particularly important role of education and research in leading the debate on climate change, particularly in ensuring that the debate takes place on the basis of sound, scientifically based information.”

The resolution noted that “members of EI-affiliated education unions have an important role to play in educating students about the causes and the effects of climate change, and the necessary structural changes for the transition to low greenhouse-gas production and distribution systems, and in implementing carbon emission reduction measures in education institutions, particularly in the more energy-intensive higher education and research sector.”

For that reason, the document encouraged “all member organisations to raise awareness of environmental issues by demanding that the curricula of all courses in educational institutions include specific sessions on climate change, and by urging all educators to teach future generations about the importance of sustainable development, bio-diversity and climate change through awareness-raising with regard to indigenous ecosystems.”

EI supports the “Youth for Climate” movement, as well as global campaigns and initiatives by international union bodies and intergovernmental organisations to promote a transition to industries based on renewable energy produced at local level and which create environmentally and socially sustainable jobs with fair and equitable working conditions.