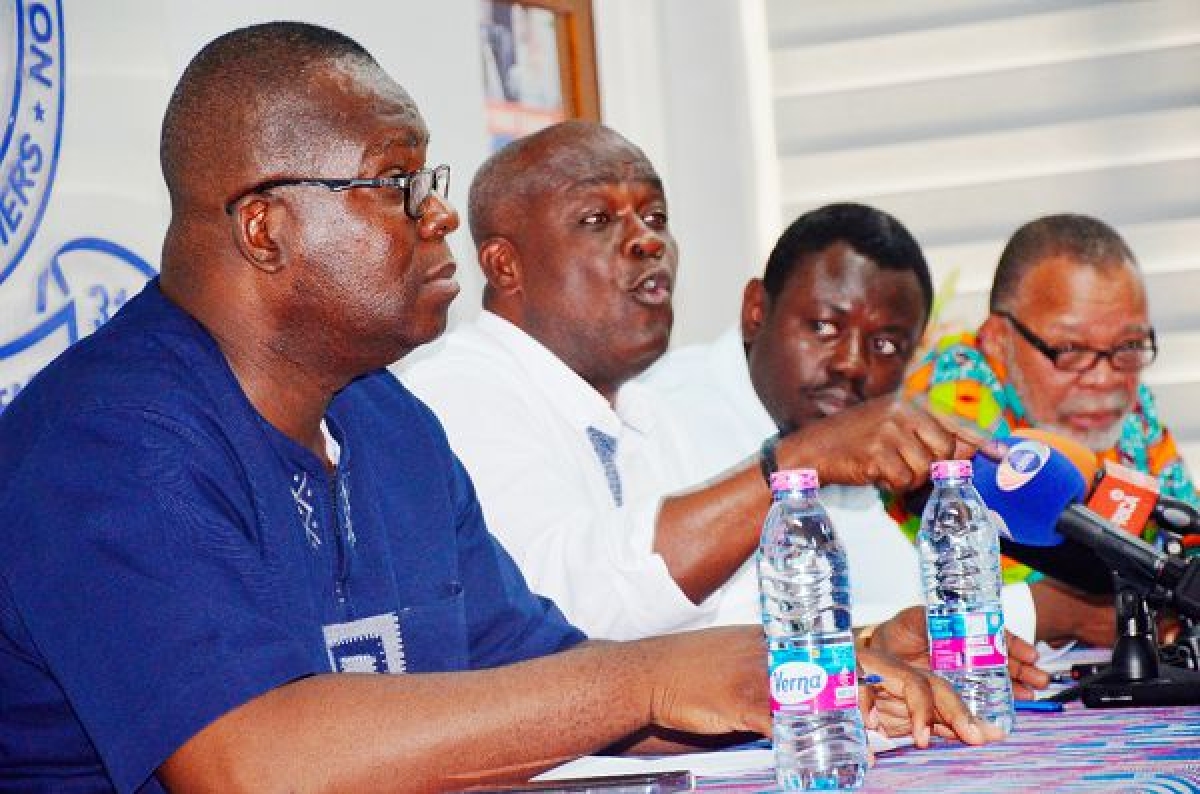 Education unions have made it clear that they will resist any attempt by the Ghanaian government to privatise, commercialise and commodify public education in their country.

Leading education union leaders in Ghana have, in a united position, opposed the governmental decision to turn over 100 well-functioning public schools to private individuals and groups. Authorities plan to run a pilot project funded through a loan and a grant under the “Ghana Partnerships Schools” (GPS) partnership. Unions argue that such a shift was neither desirable nor sustainable.

The spokesperson for the teacher unions, Acheampong urged the government to supply adequate resources and release the capitation grant on time for the effective management of schools.

Acheampong explained that according to the 2019 budget statement, the government had secured funding to support private operators rather than public schools.

He stressed that “an aspect of this policy empowers the private operator to decide to work or not with staff from the Ghana Education Service (GES) – a public institution tasked with ensuring that Ghanaian children of school-going age are provided with quality formal education and training staff. Under the project, the transfer of GES staff from the selected schools will not attract transfer grants and school leaders will not be maintained automatically by the private operator, as the latter have the liberty to invite people from within or outside the GES to manage the schools.”

Acheampong  declared that “this is against the spirit and letter of our collective agreements with the GES as well as the 2003 Labour Act (Act 651).” .

He went on to remind the government of the preamble to the collective agreements, which enjoined the parties not to be anti-union or anti-management but rather recognise and agree to promote trust, respect and fairness and endeavour to uphold those virtues in their policies and standards.

According to Acheampong, the project is supposed to run for three years, after which it might be institutionalised on a permanent basis.

Acheampong also said that the Ministry of Education and consultants of ARK, an international consortium collaborating to implement the project, held a three-day workshop recently to finalise the draft report for the implementation of the project. He regretted “that in all those discussions, major stakeholders such as GNAT, NAGRAT, TEWU and the CCT-GH had not been involved in the project’s planning process,” describing this situation as “unfortunate and unacceptable”.

“The unions find the GPS project a subtle and potential privatisation, commercialisation and commodification of public education in Ghana with the approval of the government. We are amazed that the government would be boasting about the implementation of free secondary education policy, only to turn to a highest bidder policy at the basic education level, and we hereby protest vehemently against it and call for its abolition.”

“We are going to muster all our forces to resist its implementation,” Acheampong affirmed.

He further criticised the government because the unions had yet to receive any official communication about the GPS. It was “reading through the 2019 budget statement that gave us the hint that this policy will be implemented”.

NAGRAT leader Carbonu agreed that “the decision was an attempt to take over public schools and put them in the hands of private individuals,” qualifying it as “a threat to the livelihood of not only basic school teachers, but also those in senior high schools”.

“We are not going to cede any ground on this matter because today it is Akua, tomorrow it will be Kofi. That is where we are coming from and we are hereby resolved not to allow that,” he declared.

TEWU President Lumor also called on Ghanaians to resist the implementation of the GPS, adding: “What the government is doing is not only an attack on trade unions in education; it is also an attack on workers of this country.”

The GPS, scheduled to take off in September 2019, will be operated in the Ashanti, Northern, Central and the Greater Accra regions. One hundred schools will be selected. These schools should have kindergartens, primary and junior high schools and an enrolment of at least 300 students. They would have  no immediate requirement for infrastructure development or rehabilitation.

The funding will come, respectively, from the International Development Association (IDA) of the World Bank and the Global Partnership for Education (GPE) as a loan and a grant.