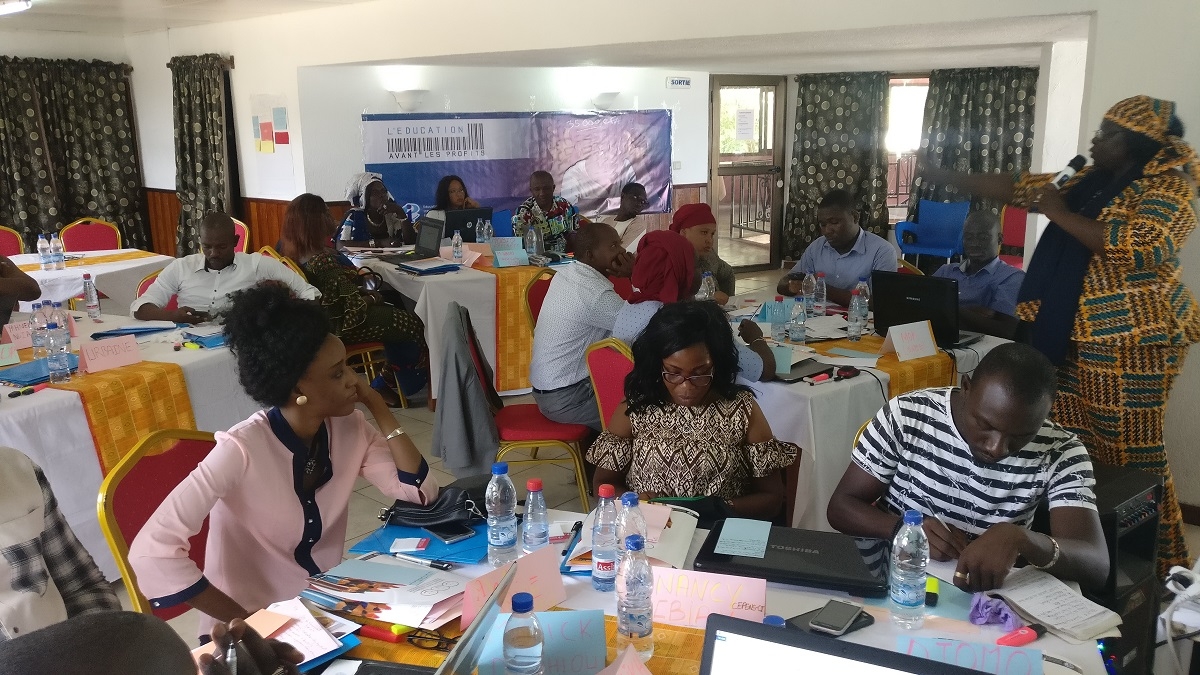 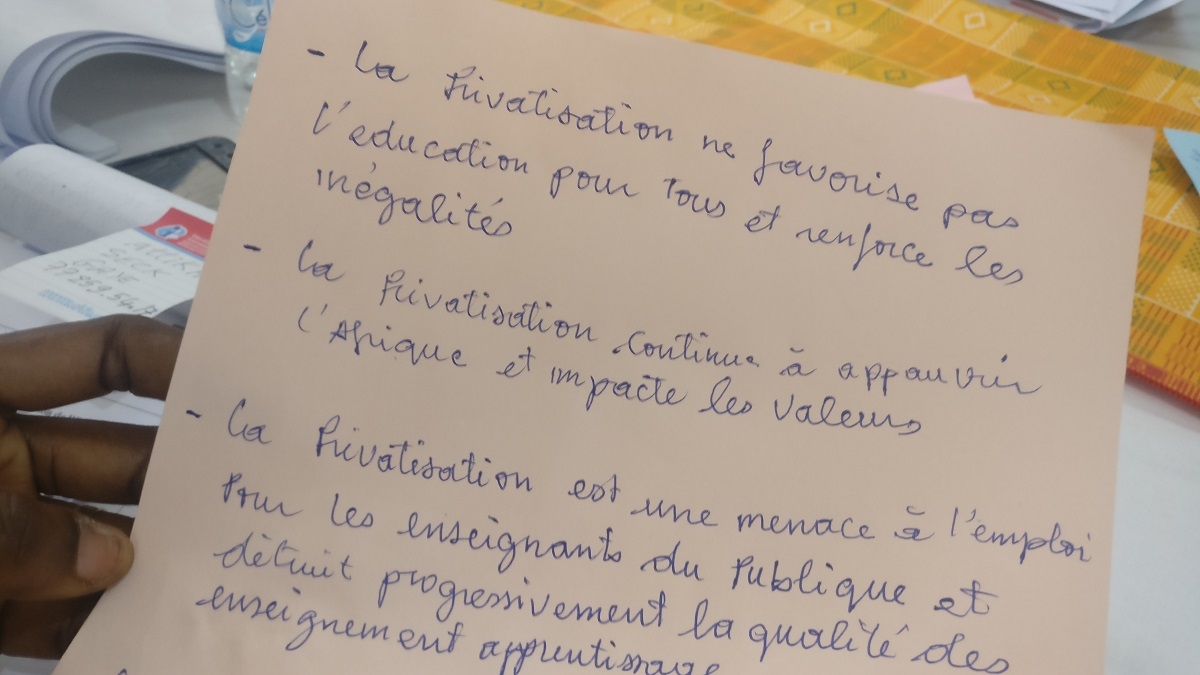 Young teacher-activists from Senegal and the Ivory Coast came together to exchange ideas and expand their knowledge on a number of issues relating to attaining quality education for all.

A workshop funded by the Friedrich Ebert Foundation (FES) brought together 24 participants from Senegal and the Ivory Coast between 1st and 4th April in Abidjan, Ivory Coast, for the second phase (2018-2020) of the “Young teachers for quality education and effective unions” Programme.

The discussions highlighted the importance of the cultural and societal context in the construction of gender stereotypes.

A subject deemed very important that participants were sorry not to see tackled or tackled more often within trade unions.

The young trade union activists debated the downsides inherent in strike action, and questioned whether other tactics could be used to get results. They brought up the collateral damage that a strike can cause and that must be managed in terms of image with the general public, parents and communities.

A role playing game, with one participant taking the role of an activist in favour of membership while another gave arguments against it, helped the participants develop their skills with regard to unionisation.

The participants edited handouts and messages in relation to the use of social networks.

The young teaching activists focused on the situation in private schools.

They observed that students behave differently in the private education sector and are less respectful than public sector students. In fact, as their parents are paying, they feel they can behave poorly towards teachers.

Furthermore, teachers answer pupils’ questions more frequently in the private sector as they fear parent complaints and because they are able to give more attention to each child individually given there are fewer pupils in private schools. The three-sided relationship between parents, school directors and teachers is quite different in the public and private sectors with the private sector being marked by greater teacher acquiescence.

All of the young people agreed that the private sector brings discrimination, that there is a barrier preventing the poorest from accessing quality education, and that private sector teachers are less well trained.

Finally, the young activists helped launch EI’s worldwide campaign in response to the privatisation and commercialisation of education in the Ivory Coast, this being a good opportunity to witness trade union action based on research and supported by significant media coverage.