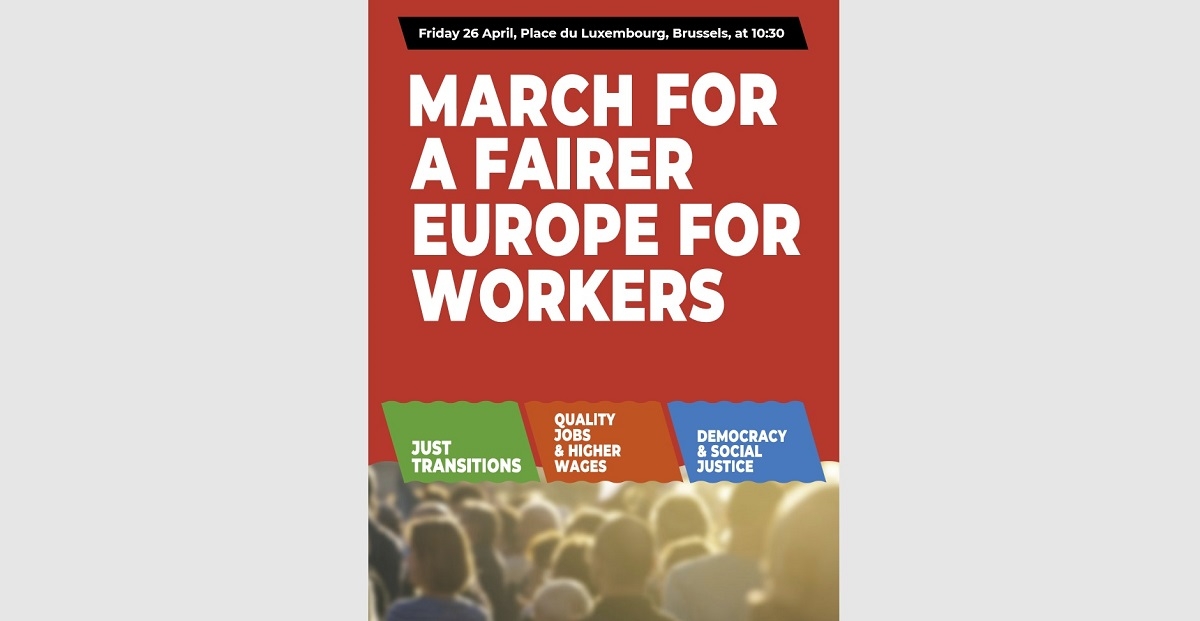 The European Trade Union Committee for Education has called on European education unionists and activists to take part in a large-scale demonstration, “A Fairer Europe for Workers”, on 26 April.

The European Trade Union Committee for Education (ETUCE), the Education International (EI) European region, has urged all ETUCE member organisations to participate in a major demonstration organised by the European Trade Union Confederation (ETUC) for the European Parliament elections, “with a view to contributing to this demonstration with an education trade union bloc, raising awareness of our four key demands and making the teachers’ voice heard”.

To support member organisation actions concerning candidates for regional, national and  European elections, the ETUCE Secretariat has already developed a set of questions they can use and adapt. It has also encouraged them to make use of the statement adopted by the ETUCE Committee in March 2019.

“We thank you for your contribution to this important campaign and look forward to welcoming your union representatives in Brussels for the European demonstration,” wrote ETUCE European Director Susan Flocken.

This participation in the 26 April’s European demonstration has a direct link to the ETUCE Campaign, “Shape the Future of Europe with Teachers” aiming to, in the context of the elections, promote the attractiveness of the teaching profession and raise awareness of the challenges to education staff. This action also supports the EI Global Response campaign against privatisation and commercialisation of education.

#OffTrack #4: In the UK, many challenges remain to achieve the SDGs domestically, by Mary Bousted.