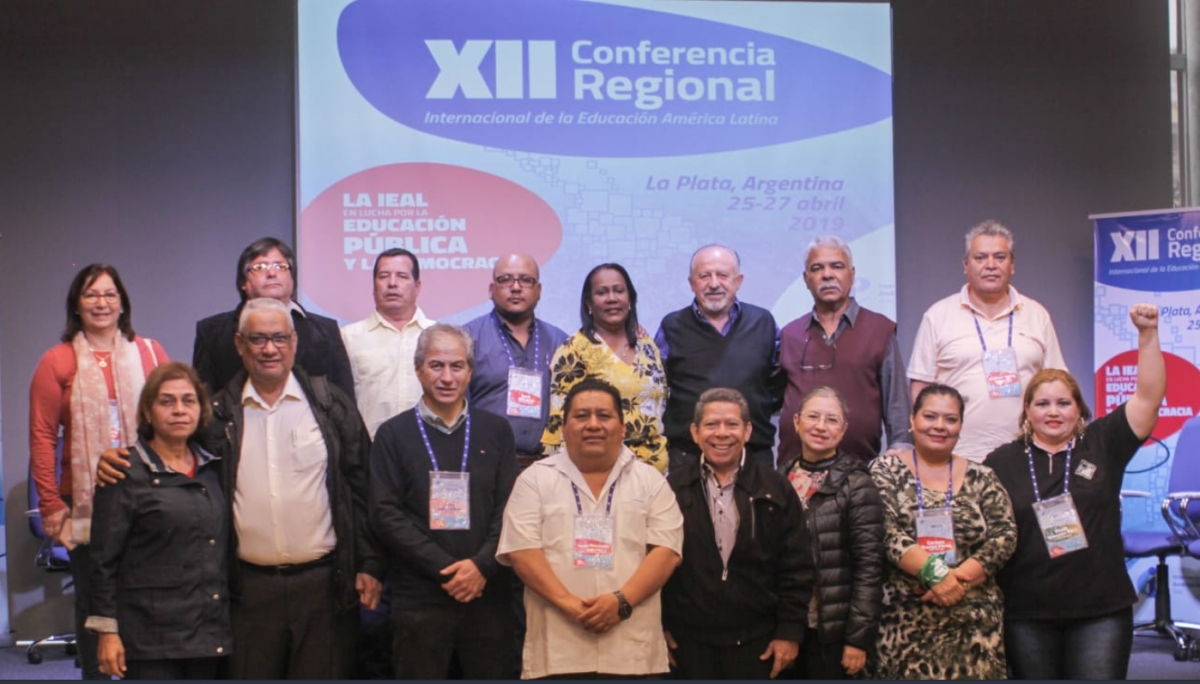 The regional committee of Education International Latin America (EILA) met from 24–27 April in Argentina to decide on the policy that will guide the region over the coming months.

David Edwards, General Secretary of Education International (EI), participated in the conference. He thanked the region for its work and support in the run-up to the EI World Congress, which will take place in Thailand this coming July. "I was trained in Latin America", Edwards said, sharing his fondness for the region, and warned that "every day there is a new Bolsonaro somewhere" as he contextualised the advance of policies aimed at defunding trade union organisations throughout Latin America and the rest of the world. Edwards declared that teaching was frontline in the struggle against the privatisation and commercialisation of public education.

Hugo Yasky, the president of EILA, announced plans to create an observatory of labour law experts in order to monitor labour rights violations in Latin America within the framework of international organisations such as the ILO, which celebrates its centenary in 2019. The purpose of such a network would be "to defend labour rights and counter the offensive against education workers", Yasky said. The network will also focus on safeguarding human rights in the region.

Hugo Yasky was elected President of the Regional Committee in the same manner as Fátima Silva. William Henry Velandia and Carmen Brenes assumed the duties of Vice-Presidents. In his acceptance speech, Yasky said, "We saw black clouds on the horizon, and today we find ourselves in the eye of the storm. But in reality, I believe that the world is in the same position as us”. Yasky drew attention to political and economic sectors that have targeted their attacks at teachers' unions.

The regional conference was attended by the former president of Brazil, Dilma Rousseff, whose speech was interrupted at various points by chants of "Free Lula!". "I am very pleased to be amongst teachers from all over Latin America, teachers who are builders of citizenship, builders of knowledge, who pave the way for our children and adolescents with a conscious, clear vision, one without prejudice, without hatred, without violence, which we know is now attacking all of the Americas and the world", said Rousseff.

The former president shared her concern over the authoritarian shift of the Brazilian government and criticised Lula da Silva's political imprisonment. To defend democracy and human rights in Brazil and Latin America is to fight for the freedom of Lula da Silva and justice for the murder of Marielle Franco", Rousseff stated.