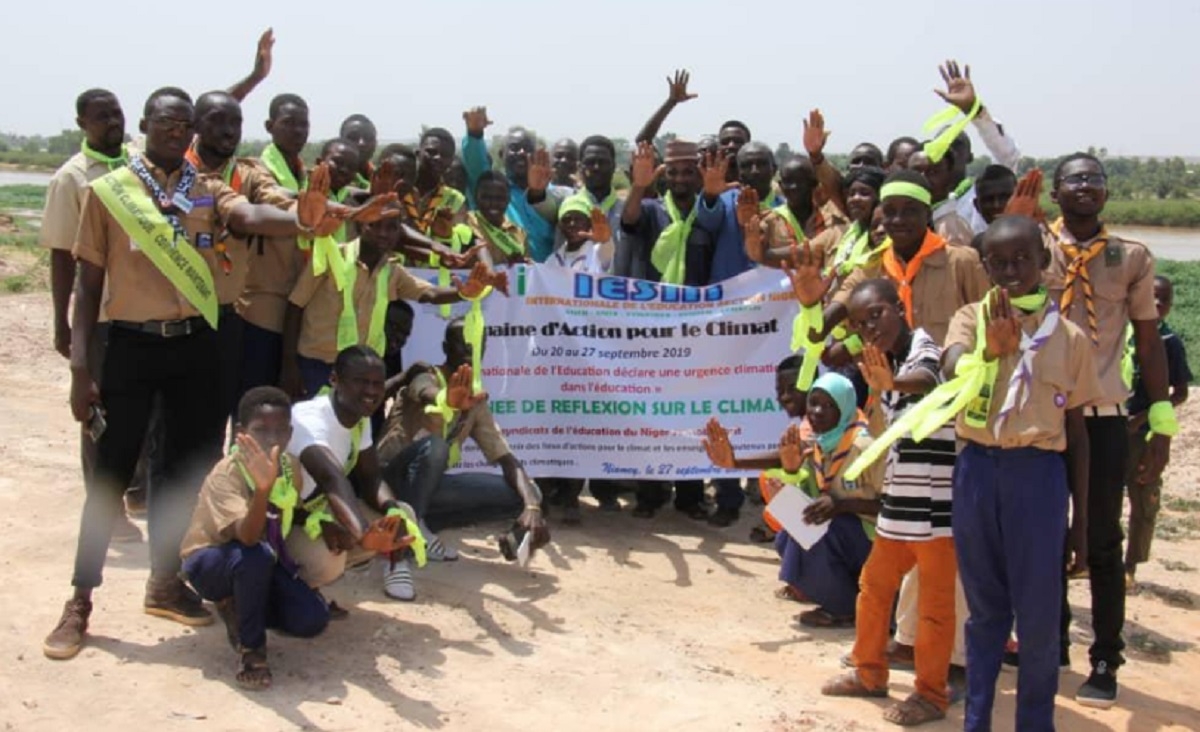 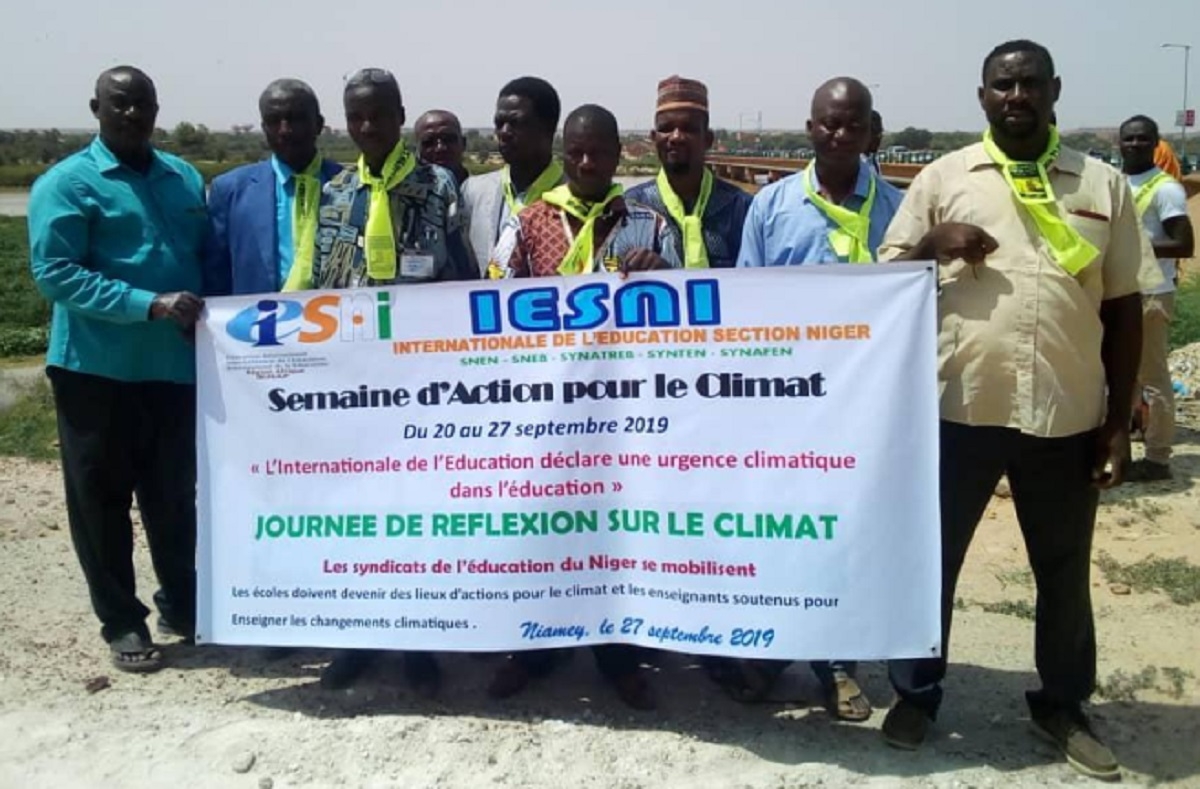 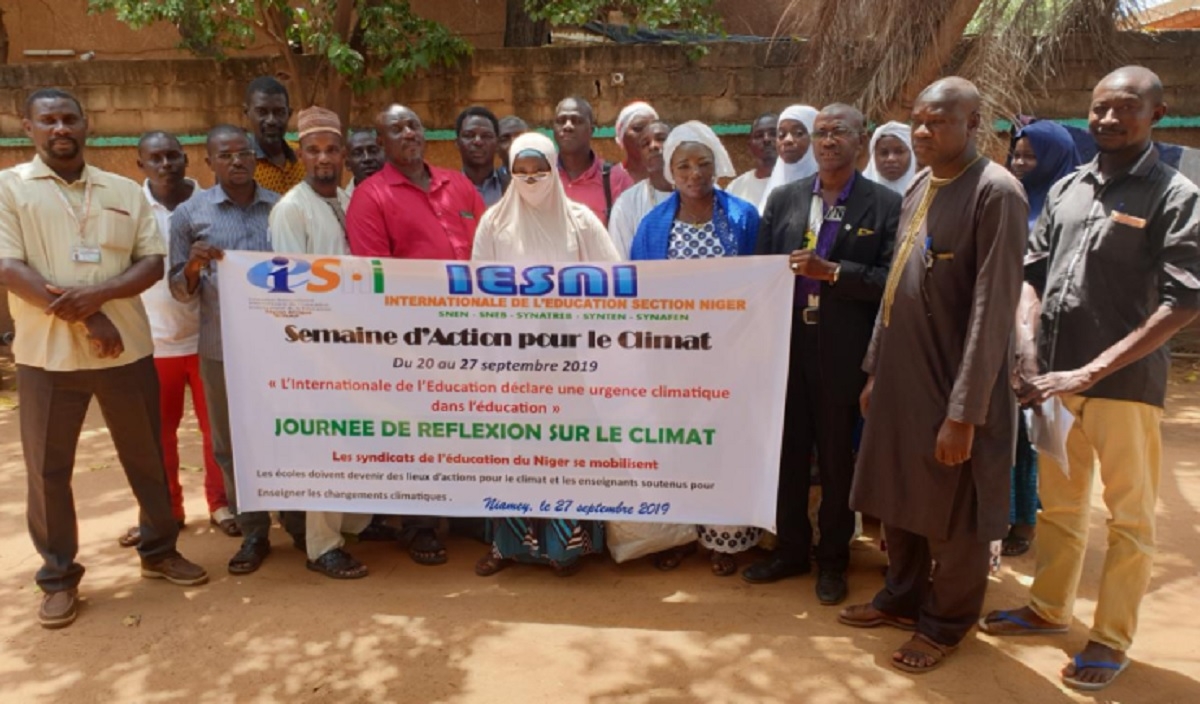 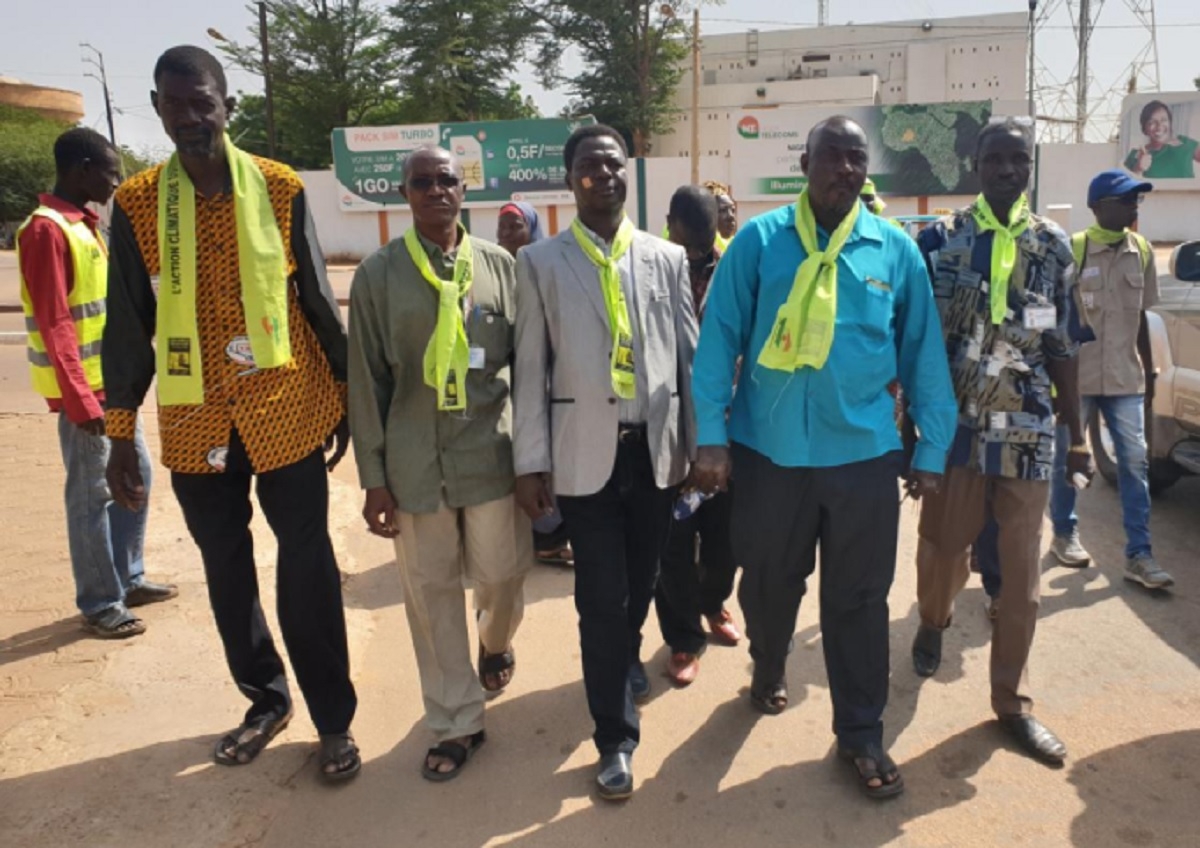 Niger’s teaching unions, brought together under the Education International branch in the country, have recently led a number of activities in connection with the Global Week of Climate Action, most notably the Day of Reflections on Climate Change, while also lending their support to the climate march which was organised by several youth organisations.

Day of Reflections on Climate Change

Opening the day of reflection, IESNI’s National Coordinator, Issoufou ArzikaNanaijé, declared a climate crisis in education, in line with the appeal launched by EI’s President, Susan Hopgood, during the United Nations’ General Assembly. The intervention explained:

Mahamadou Laouali, the representative for the National Environment Council for Sustainable Development (CNEDD) then discussed the various slogans linked to the topic, these including “Actions climatiques, actions pour la paix” (Actions for Climate Change, Actions For Peace) and “Pollueurs, payeurs” (Polluters Must Pay!), followed by the drafting of an educational guide to help teach about issues linked to climate change as well as a climate change training module for instructors, in collaboration with the Ministry of Education.

Mr Laouali then presented the guide the CNEDD drafted in 2016 in collaboration with the United Nations Institute for Training and Research and the United Nations Development Programme and urged the IESNI to lobby the government to make these guides more widely available.

The EI Guide Education - a powerful tool for combating climate changewas also presented ahead of being made widely available to allteachers inNiger’s schools. The IESNI also plans to talk to the education community about the need for teachersof all disciplines to be given the freedom to teach learnersabout climate change.

Supporting the march for the climate organised by youth organisations

On 28 September, the IESNI supported and joined a number of youth organisations in their march to mark Global Week of Climate Action.

The crowd came to a standstill on the banks of the River Niger, a symbolic gathering that sent out a message. The Niger River is in fact threatened not only by invading water hyacinths which hinder navigation, daily fishing and rice-farming activities, but also by the sand drifts which are putting the survival of water-based life species at risk. The river’s rising water levels have become a recurring threat creating numerousvictimsevery year, with families being displaced and rice fields destroyed by flooding which spreads out over several metres in the river plots.

Participants in the march were addressed by the IESNI which took the opportunity to raise awareness among the young people on the issue of climate change, the potential threats involved, and the sustainable role that young people are being asked to play in the planet’s future.

At the end of the march, it was agreed that the EI member organisations in Niger would continue to join forces to lead this fight against climate change.