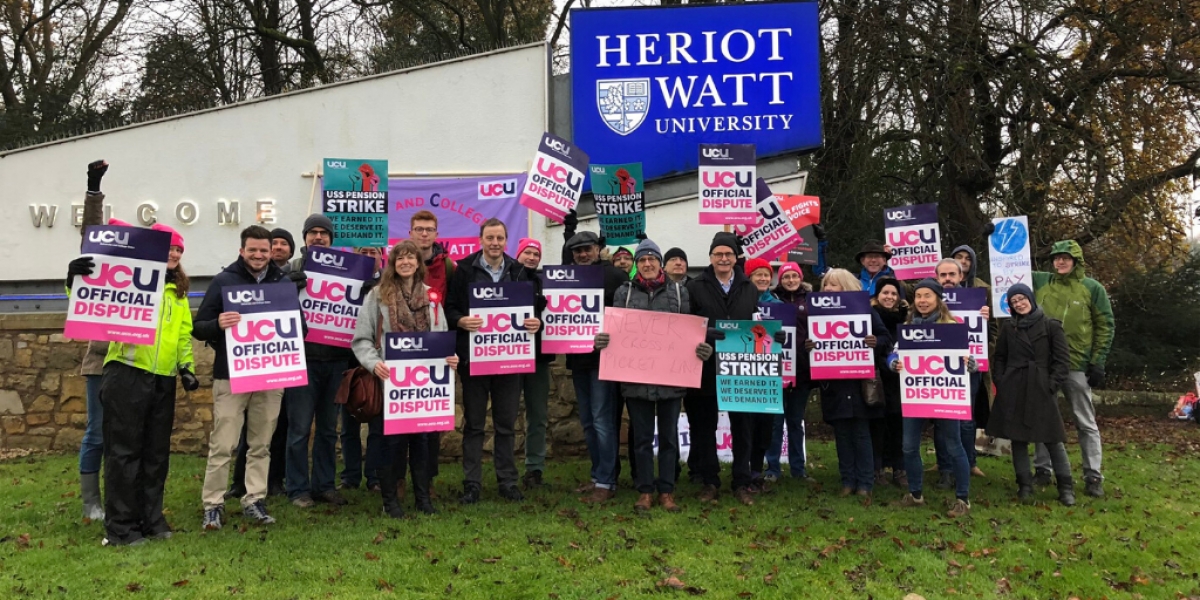 The University and College Union has called on its members to go on strike for 8 days starting 25 November over pensions, pay and working conditions.

The University and College Union (UCU) announced that 60 universities in the UK will be affected by this strike action.

The disputes centre on several issues including workloads, real-term cuts in pay, a large gender-pay gap and changes to the Universities Superannuation Scheme (USS)  which will result in members paying more and receiving less in retirement.

As well as the eight day strike, UCU members will begin “action short of a strike”, i.e. working strictly to contract, not covering for absent colleagues and refusing to reschedule lectures lost to strike action.

“We have been receiving news of solid support for the strikes across the UK. That support sends a clear message to universities that staff will not settle for pay cuts, increased pension costs or deteriorating conditions,” UCU general secretary, Jo Grady warns.

David Edwards, Education International General Secretary, stated: “UCU have our full solidarity and support. This is the result of years of neglect to which education staff have been subjected. This cannot wait. Universities need to do more for their staff and for their students.”