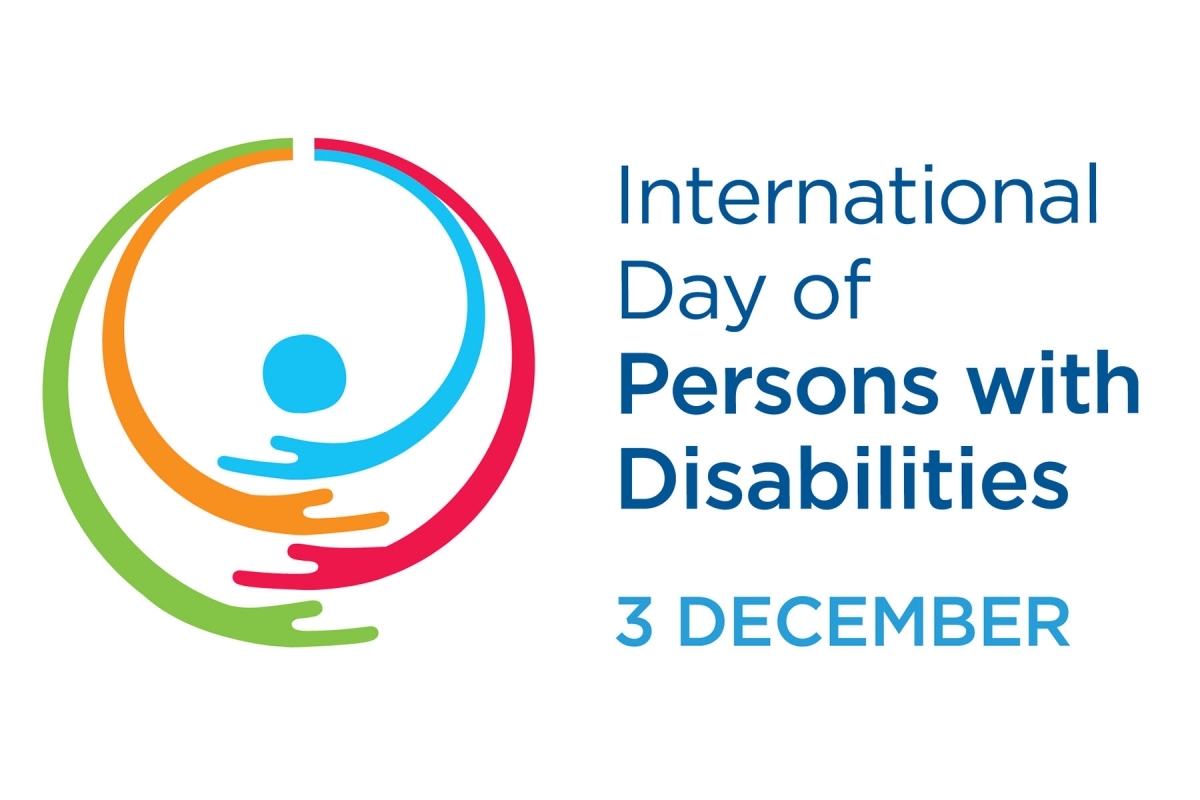 The most recent Congress resolution reiterating EI policy on the rights of disabled children and teachers, adopted in Ottawa in 2015, noted that an estimated 40 percent of the children not attending school  had disabilities and called for urgent action to ensure inclusion.
EI is concerned about the slow progress towards the implementation of internationally agreed standards and commitments.
In December last year EI launched the study ‘Are We There, Yet? Education Unions Assess the Bumpy Road to Inclusive Education’. The survey results showed that inclusive education was far from being achieved in many countries around the world.
The International Day of Persons with Disabilities
The International Day of Persons with Disabilities is a reminder of the urgent need for governments to address the educational needs of children with disabilities. The 2019 theme is “Promoting the participation of persons with disabilities and their leadership: taking action on the 2030 Development Agenda.”
In 2015, the United Nations (UN) adopted the 2030 Agenda for Sustainable Development, committing to leave no one behind and to ensure inclusive and equitable quality education and promote lifelong learning opportunities for all. This commitment makes it clear that all children, youth and adults, including those with disabilities, have the right to free quality education.
This right can only be fulfilled if governments enact and implement inclusive education policies; remove all physical, cultural, social, economic and other barriers to inclusive education; and ensure that all children and youth with disabilities  are in school and taught by highly- trained, professionally-qualified, motivated and supported teachers.
Schools, and indeed, all education institutions, should be well-resourced and equipped to cater for the specific needs of children and students with disabilities. Teachers and education support personnel with disabilities should receive the necessary support for them to support their students to achieve their maximum potential.
“Governments should ensure that our schools and all education institutions are truly inclusive,” said EI General Secretary, David Edwards. Edwards went on to urge governments to ensure that teachers with disabilities have decent working conditions and all the facilities, tools and resources they need to carry out their teaching functions.
Edwards called on governments to implement the UN Convention on the Rights of Persons with Disabilities.
“As educators, we will continue to do all in our power to make schools safe, friendly, and inclusive for children and school personnel with disabilities. That means reaching out to persons with disabilities , but also, implanting in the school and larger communities the acceptance and inclusion that makes that possible”.
The world’s largest minority
The World Health Organisation estimates that persons with disabilities constitute more than 15 per cent of the global population, the world’s largest minority. Eighty per cent of persons with disabilities live in developing countries.
Armed conflicts, particularly long-standing ones, disable many combatants, but also civilians. In addition, wartime environments, while difficult for everybody, are especially hostile for disabled persons. For example, the decades-long armed conflicts in the Great Lakes region of Africa have produced mental and physical impediments to development and normal, daily life that will persist for generations.
Earlier this year, Michelle Bachelet, UN High Commissioner for Human Rights, launched a study by the Geneva Academy, “Disability and Armed Conflict”.
In her announcement of the study, High Commissioner Bachelet said:
“A much more focused consideration of the needs of persons with disabilities in the context of armed conflict is long overdue. Some conflicts are lasting longer – the war in Syria, for example, has gone on for longer than World War II.”
“Conflicts are now more likely to be civil wars, and frequently fought in civilian settings. We are seeing massive violations of international humanitarian law, including the use of starvation as a weapon of war, with blockades of essential humanitarian assistance. These and other issues place persons with disabilities at vastly heightened risk.”
“In conflict situations, children with disabilities face specific exclusion: they are left behind, institutionalised and exposed to violence. Women with disabilities also experience higher rates of violence and are more exposed to sexual violence than other women.”
You can also read the blog post “Beyond regret: what’s needed to stay together”, written by Mitsunori Hoshina, Director of the Japan Teachers' Union Youth Department.

“Beyond regret: what’s needed to stay together”, by Mitsunori Hoshina.