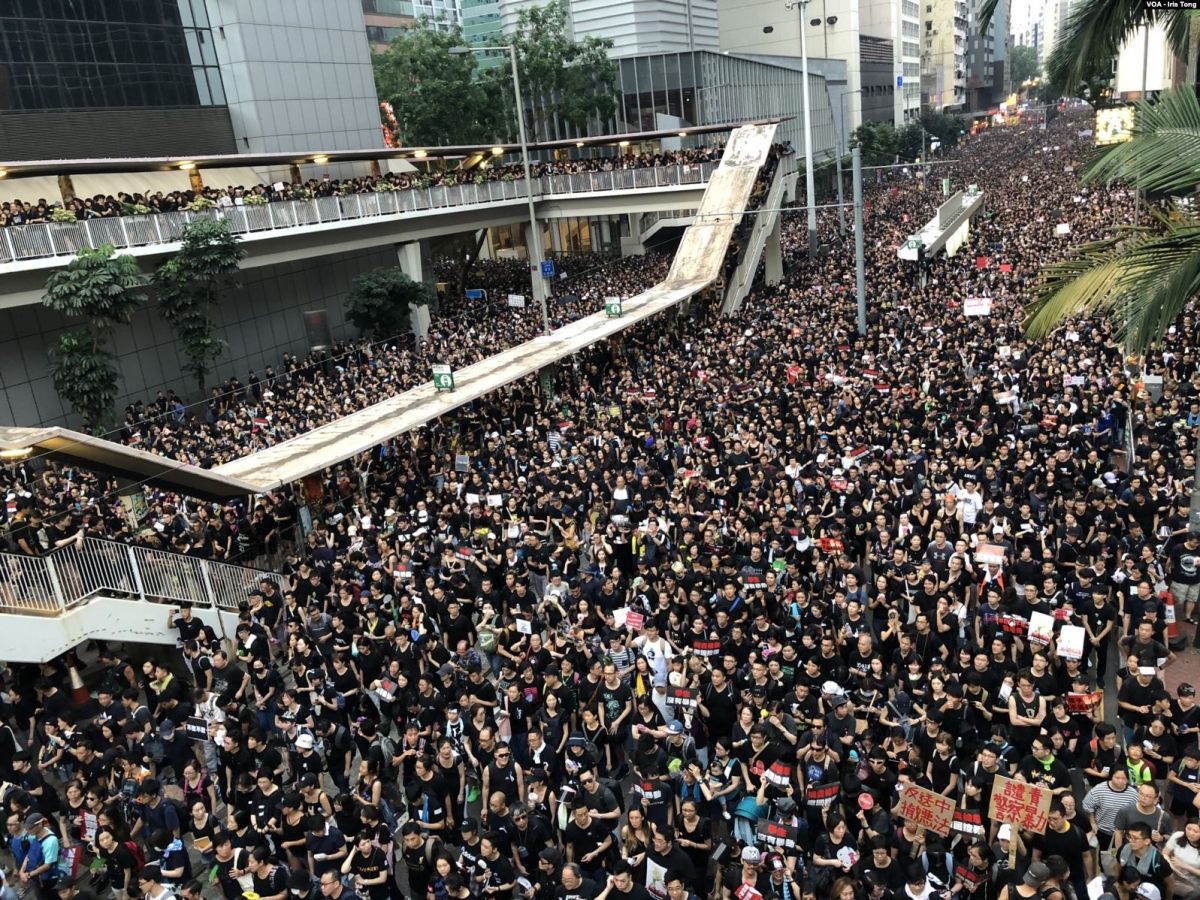 The Council of Global Unions (CGU) – representing more than 200 million workers from across the International Trade Union Confederation (ITUC), the Global Union Federations and the Trade Union Advisory Committee to the OECD (TUAC) – wholeheartedly condemns the unlawful arrests of trade union and prodemocracy leaders and activists by the Hong Kong police, attacks on working people in Hong Kong, and proposals for a new National Security Law.

On 15 June 2020, Lee Cheuk Yan, General Secretary of the Hong Kong Confederation of Trade Unions (HKCTU), and fourteen other pro-democracy leaders and activists appeared in court, charged with participating and organising illegal assemblies demanding the withdrawal of the extradition bill and universal suffrage in 2019. Similar charges were made against Lee on 28 February 2020, and on 11 June 2020 for his leading role in the June Fourth candle vigil.
The UN Human Rights Committee has repeatedly urged the Hong Kong government to revoke the prior notification to public assemblies and excessive restrictions under the Hong Kong Public Order Ordinance for contravention of Article 21 of the International Covenant on Civil and Political Rights (ICCPR).
Continuing assaults on journalists as well as prosecutions and open threats made by the Hong Kong government against trade union leaders, healthcare workers, teachers, social workers and civil servants for exercising their professional role and trade union rights are in contravention with the principle of freedom of association.
We oppose the adoption of the national security law on Hong Kong by the Standing Committee of the National People’s Congress on 30 June. The legislative process failed to respect transparency and the basic right of the people of Hong Kong to participate and be consulted. The law has been inserted into the Basic Law of Hong Kong and shall take effect on 1 July.
The CGU shares the grave concerns held widely in Hong Kong and the international community about the broad scope of the crimes stipulated in the law, its enforcement and the accountability of the mainland Chinese national security apparatus to be established in Hong Kong. The legislation has seriously undermined the One Country Two Systems principle and poses tangible threats to the fundamental rights and freedoms which lie at the core of the principle of freedom of association.
We recall the ILO request that such legislation must be compliant with ILO Convention No. 87 on freedom of association. As the UN Human Rights chief Michelle Bachelet warned on 19 June, such laws must never be used to criminalise conduct and expression protected under international human rights law.
The CGU unreservedly supports the right to free speech, freedom of assembly and freedom of association for the independent Hong Kong Confederation of Trade Unions (HKCTU) and the people of Hong Kong.
The CGU calls for:
• All charges against Lee Cheuk Yan and other pro-democracy leaders in Hong Kong to be dropped;
• Cessation of all restrictions on freedom of speech, freedom of assembly, freedom of association, the right to organise, and civil law abuse of peaceful protesters;
• Respect for trade union and other human rights by Chinese and Hong Kong authorities;
• Respect for the continued autonomy of Hong Kong and revocation of the national security law; and,
• Implementation of universal suffrage in Hong Kong.
In full support of the CGU statement, Education International’s General Secretary Davis Edwards reiterated Education International and its member organisations’ solidarity with the Hong Kong Professional Teachers' Union and praised “the bravery and perseverance of unionists, teachers and students to stand for democracy and human rights”.