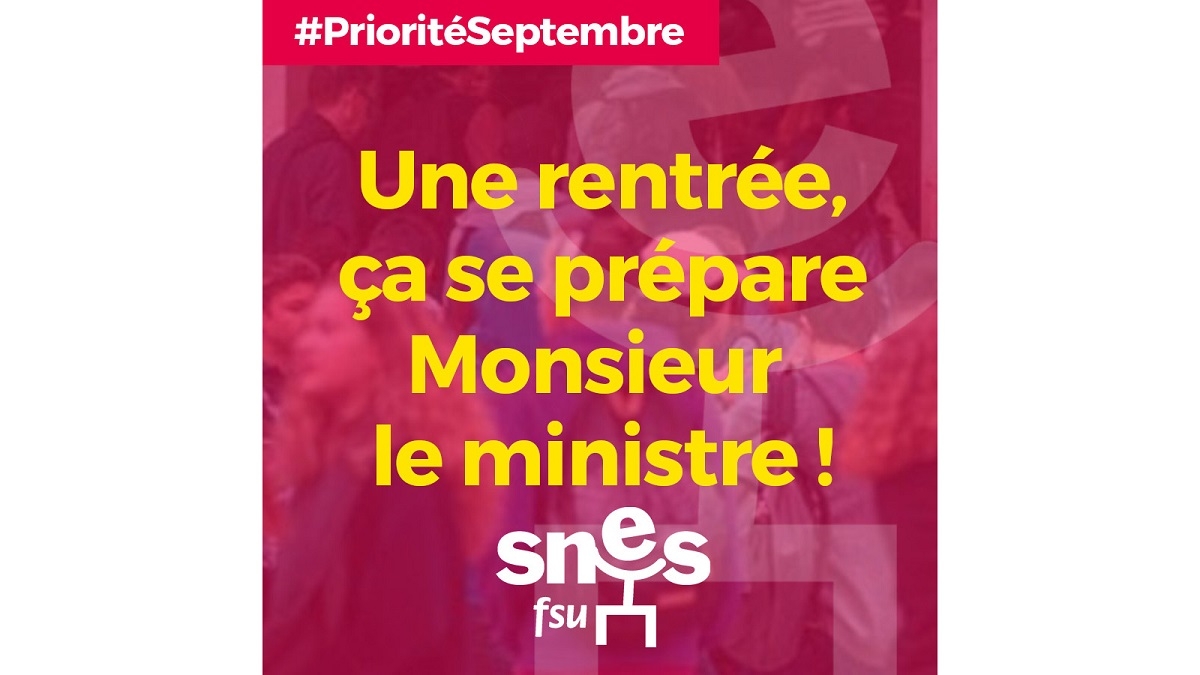 Representatives of French teachers’ unions have impressed upon public authorities the need to establish a real social dialogue to ensure high-quality education for all during and after the current global pandemic. In particular, they point to the statement adopted by the Education International European Region, ETUCE; which makes recommendations for resuming educational activities once the COVID-19 crisis is finally over.

SNES-FSU: In favor of social dialogue, increased investment, inclusion, and equality in public education
In a letter dated June 18, the Secretary-General of the Syndicat national des enseignements du second degré (National Union of Secondary Education; SNES-FSU), Frédérique Rolet, sent the Statement by the European Trade Union Committee for Education (ETUCE), which explores the road to recovery after the COVID-19 crisis, to the French Minister of National Education, Jean-Michel Blanquer.
Pointing out that on June 2 the Minister took part in the 10th edition of the International Summit on the Teaching Profession of Education International and the Organisation for Economic Co-operation and Development, Rolet explained in her letter that he “would have observed that all of the contributors, including your fellow education ministers, acknowledged the great efforts undertaken by teachers to maintain an academic relationship and connection with students in a situation where educational establishments are partially or completely closed.”
She continued by emphasizing the fact that the ETUCE, the Education International European Region, has followed pandemic-related developments in EU and non-EU countries very closely, and has been analyzing the responses and strategies adopted by national governments and educational authorities.
On the eve of the European Council, she drew the Minister’s attention to the requests and priorities laid out by the ETUCE in its statement adopted on 16 June, in particular:
UNSA-Éducation: In favor of acknowledgement and respect for workers, for a high-quality public service
The Secretary-General of the Union nationale des syndicats autonomes-Éducation (National Union of Autonomous Trade Unions Education; UNSA-Éducation), Frédéric Marchand, argued on June 23 in an editorial that it was “time to learn some early lessons.”
He also underlined that “it must be firmly reiterated that Education, Research and Culture workers have not been found lacking during the crisis, like all public servants who stepped up to the plate to ensure an essential continuity of public service.”
However, he lamented the fact that “employees often felt forgotten about, neglected and misunderstood”, and that “they had to deal with contradictory orders and all too often found themselves in particularly uncomfortable situations vis-à-vis the public or vis-à-vis a hierarchy that was sometimes in an untenable situation itself.”
He added that bitterness and anger have exacerbated the exhaustion brought on by this unprecedented health crisis.
He explained that teachers, who are “education professionals”, are now waiting for a sign of acknowledgement and respect from the government, and that they wish to be revalued.