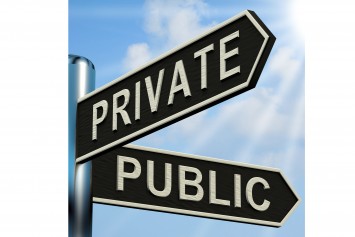 The Fédération des syndicats de l'Éducation nationale (FESEN) has urged Togolese education ministers to tackle the issue of insecurity affecting teachers in the private sector so that “their ordeal can come to an end.”

Addressing ministers responsible for primary and secondary education, technical education, and vocational training and workforce integration, the general secretary of the Fédération des syndicats de l'Éducation nationale (FESEN), Sénon Hounsime, stated that “FESEN, which attaches great importance to high-quality teaching in Togo and to the improvement of teachers’ living and working conditions in both the public and private sectors, knows it can count on the national and international commitment of the Togolese state with regard to ‘Education for All.’”
The union is ready to work alongside government authorities and the Union des Fondateurs des Écoles Privées Laïques Togo to achieve tangible improvements in working and living conditions for private school teachers and consequently to enhance the quality of teaching in Togo.
Hounsime explained that, in keeping with the “École nouvelle” (New School) defined by Togolese policy, “noble objectives” were set, including, among others:
As regards these objectives, the “École nouvelle” acknowledges the existence of private schools. Based on that acknowledgement, education authorities endorsed their existence, categorising private schools as religious and secular. Conditions were set for their opening and operation.
Nevertheless, the FESEN leader remarked that “For a few years now, the establishments in question, using the adjective ‘private’ as a pretext, have sprung up all over the place, with one overriding aim – raking in huge profits.”
Unregulated privatisation has a negative impact on education quality
Hounsime also condemned the fact that, in the teaching sector in Togo, anyone can set up a new school at any location and recruit staff how they see fit, without properly adhering to employment and labour regulations:
“Today, the profile of founders of schools varies from businessmen, forwarding agents, tailors and groups of young graduates to notaries and lawyers, etc. In short, we have noticed that in this group there are men and women who are more focused on using the education sector to make money than to help the citizens of Togo – be they teachers or learners – to flourish, which the ‘École nouvelle’ strongly advocated.”
He was keen to stress that teachers’ salaries can depend on the whims of their employer, while employment contracts are either non-existent, unusual, or suddenly and quietly trampled underfoot. This approach not only prevents employees from benefiting from any type of seniority, but it also puts them under significant pressure because they know that the slightest expression of dissatisfaction will result in them losing their job.
According to Hounsime, private school founders, aware of the untenable situation they have created, develop a practice of educational despoliation, imposing several revision sessions a week and endless vacation courses on their students.
Underlining that the practice appears to involve “the blackmailing of teachers who are just trying to survive”, he pointed out that the sessions imposed on students are not always aimed at developing the abilities of students in difficulty, and are, instead, used to transmit the answers to upcoming assessments that the teacher is planning on giving.
Hounsime went on to lament the fact that the state appears indifferent to teachers’ insecure conditions, exacerbated by the COVID-19 pandemic, which has resulted in the suspension of school activities. “Under the pretext of inactivity, private school teachers have been abandoned by school supervisors and by the government, which has offered no tangible response to their cries of distress. Some of them, who are heads of households, have not received their salary – which was already meagre – for three months, plunging entire families into food insecurity and total misery.”
He also emphasised that the state of precariousness in which these teachers are kept “has a serious impact on the quality of education that all Togolese citizens are entitled to,” adding, “It partly explains the moral depravity schools are confronted with.”
The state must regulate the education sector, which is crucial for Togo’s development
He concluded: “It’s time for the government to resume its regulatory prerogatives in this sector, which is vital for the nation’s development. It’s time for the state to restore the reputation of the schools that help to develop our children.”
FESEN makes several demands
Consequently, the FESEN has asked the national public authorities to ensure that: