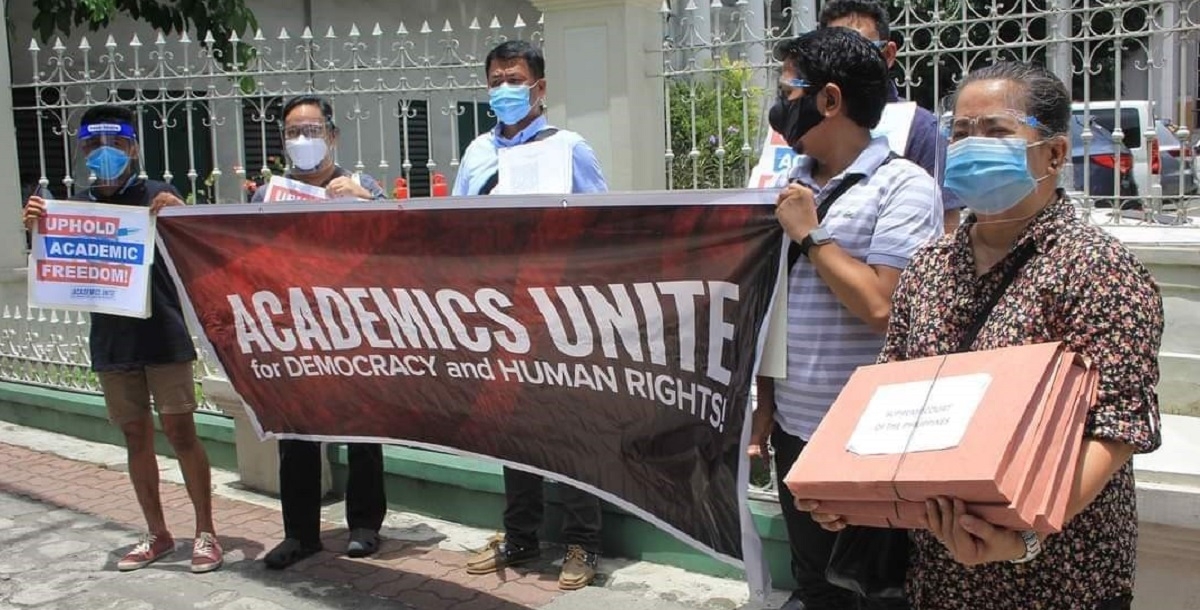 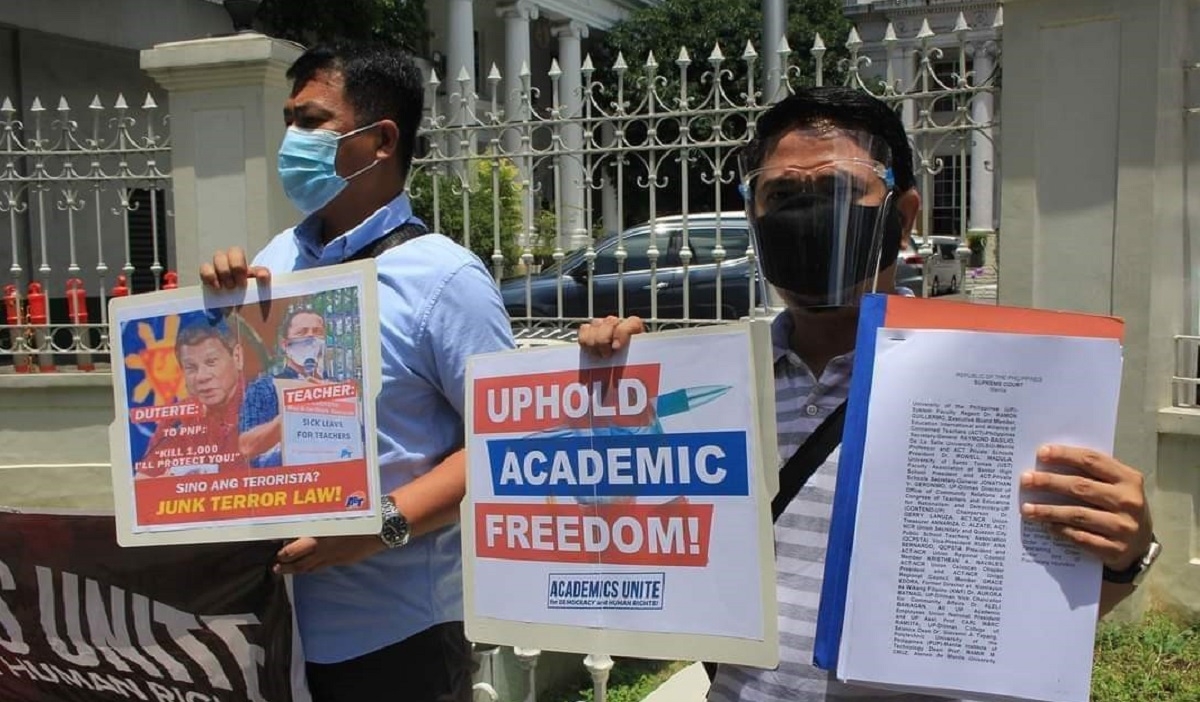 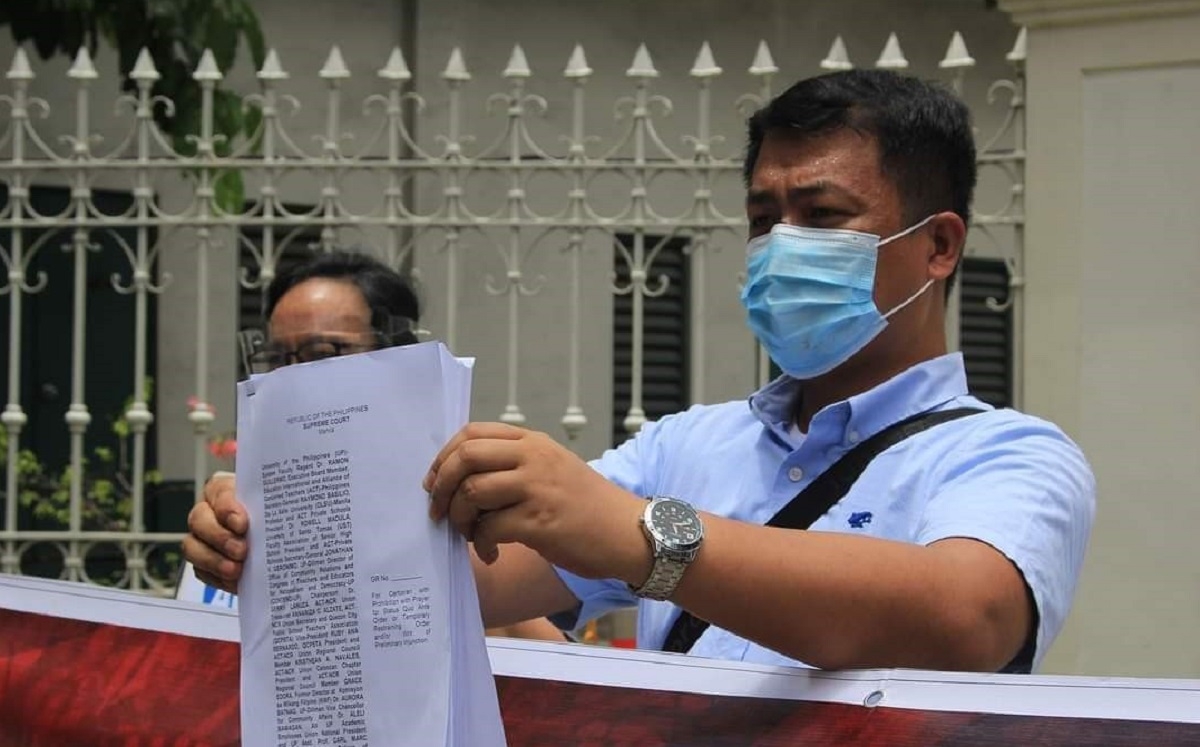 Filipino academics, supported by the Alliance of Concerned Teachers (ACT) and a large education coalition, made a stand against the Duterte regime’s attacks on academic freedom and democracy.

On 1 September, a broad coalition of education actors in the Philippines filed a petition against the 2020 Anti-Terrorism Act (ATA) in the national Supreme Court. The move is in protest against the government's red tagging of educators and was taken by teacher unionists, professors, university and college administrators, as well as private school teachers.
The academics petitioned the Supreme Court to issue a temporary restraining order and/or writ of preliminary injunction to declare the ATA unconstitutional.
State terrorism
“Today marks the first day of the last month for the Department of Justice to release the implementing rules and regulation of this highly contested law — fortifying and intensifying state terrorism in the Philippines,” noted Raymond Basilio, ACT Secretary General and member of Education International’s Executive Board.
He went on to explain that the ATA — with its imprecise provisions and severe penalties — poses grave threats to academic freedom and academics’ right to freely express and exchange ideas, opinions, and analyses on the social, economic, and political state in the Philippines.
Infringes rights
“It further infringes on freedoms and basic human and labour rights, as we experienced in 2019 with the profiling of ACT members nationwide and the harassment and slander campaign, believed to be led by state forces,” Basilio stressed.
He also highlighted how ACT Bacolod City Coordinator Zara Alvarez had suffered years of harassment, terrorist-tagging, threats, and unlawful incarceration, before her recent brutal murder.
Support for colleagues
Education International supports its Filipino colleagues and will continue to closely monitor the situation of educators and education unionists in the country.