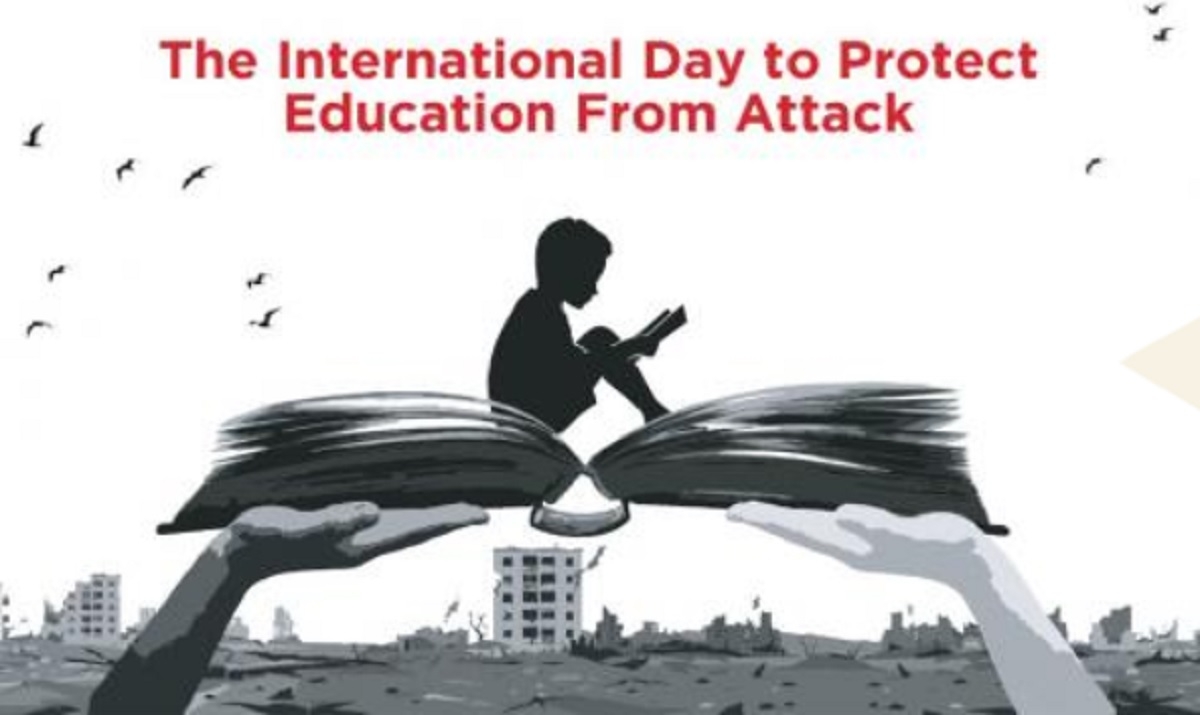 Today, we mark the first International Day to Protect Education from Attack to safeguard education in armed conflict.

On 29 May, the United Nations General Assembly designated 9 September as International Day to Protect Education. The announcement coincided with the fifth anniversary of the Safe Schools Declaration, an inter-governmental commitment led by Norway and Argentina to protect education at all levels.
Impact particularly on women and girls
In proclaiming the International Day, the General Assembly condemned attacks on education and the use of schools by military forces in contravention of international law. It recognised the grave impact of such attacks, particularly on women and girls, and called for action to prevent these attacks. It also called on states to do more to mobilise resources for humanitarian funding and education programmes.
In his annual report on the Protection of Civilians in Armed Conflict on 6 May, UN Secretary-General António Guterres highlighted the suffering endured as a result of attacks on education and called for all states to endorse and implement the Safe Schools Declaration.
Education International: States must protect the fundamental right to education
“Education is recognised as a fundamental right, no matter the circumstances, and states have a responsibility to protect schools and children’s right to learn,” Education International’s General Secretary David Edwards stressed.
While he acknowledged that the facts may vary across diverse regions, he insisted that the bottom line remains the same: increasingly in conflict countries and fragile states, teachers and students are putting their lives at risk simply by showing up to school because rebels, terrorists, armed forces, and repressive regimes consider schools, universities, students, and teachers to be legitimate targets.
Education International stresses the importance of schools as safe, comfortable, and positive environments for teaching and learning. Dangers to students and teachers from external threats pose occupational health and safety issues as shown by the COVID-19 pandemic. Other health and safety issues include poorly designed school buildings, exposure to asbestos or other dangerous substances, psycho-social dangers like work-related stress, violence, and harassment.
The Safe School Declaration
To date, the Safe Schools Declaration has been endorsed by 104 states.
Over the past five years, this declaration has elevated recognition of the devastating impact of attacks on education and military use of schools and served as an effective tool for protecting students and educators from the harm that results from attacks.
Its accompanying Guidelines for Protecting Schools and Universities from Military Use during Armed Conflict has provided important guidance to all parties to armed conflict in better protecting education institutions and preventing them from becoming targets for opposing forces. Many countries have revised their policies to restrict the use of schools and universities for military purposes.
Systematic pattern of attacks on education continues
However, despite progress in protecting education from attack, the extent and scope of attacks remains disturbing. The Global Coalition to Protect Education from Attack (GCPEA), an inter-agency coalition that addresses the problem of targeted attacks on education during armed conflict, has documented a systematic pattern of attacks on education in 37 countries, and military use of schools and universities in 34 countries over the last five years. Armed forces and groups were reportedly responsible for sexual violence in, or on the way to or from, schools and universities in at least 17 countries, GCPEA said. Female students and teachers were directly targeted in the same period because of their gender, including the bombing of girls’ schools, abduction, rape, and harassment, in at least 21 countries.
Nigeria will host the Fourth International Conference on Safe Schools in 2021. This will be the first meeting of states on the declaration to be held in Africa, bringing together leaders from around the world to share good practice in protecting education from attack.