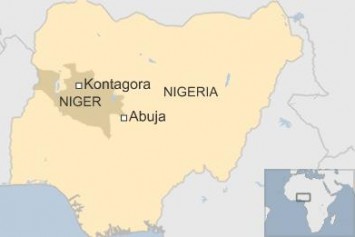 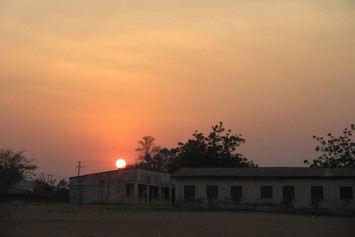 Rural school in Nigeria. Image by munir via Flickr. 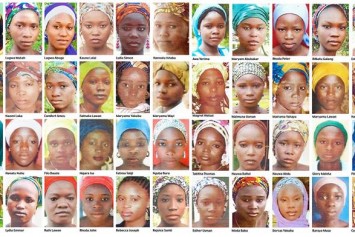 ©A World at School

On 13 December, at least 600 teenagers were kidnapped by Boko Haram at the Government Science Secondary School in Kankara, Katsina State, northwest Nigeria. Education International, the global union federation representing educators, has joined the international community in calling for the safe release of the 300 teenagers still in captivity.

Education International joins the United Nations in strongly condemning the abductions of these boys from their school, and calls for their immediate and unconditional release. “The children must be freed immediately and returned unharmed to their families,” said Education International’s General Secretary, David Edwards.
NUT: Government must guarantee teachers’ safety
The Nigeria Union of Teachers (NUT), the national organisation affiliated to Education International, informed the latter that 600 students had been kidnapped. About half of them were rescued by armed forces, leaving around 300 students still missing.
Additionally, the union said that two women teachers were kidnapped in a related incident in the same region and have not yet been found.
Confronted with these brutal incidents, the NUT has threated to go on strike unless the government guarantees the safety of their members in northern Nigeria.
UNICEF: Attacks on schools are a violation of children’s rights
UNICEF also “condemns in the strongest possible terms this brutal attack and calls for the immediate and unconditional release of all children and their return to their families,” said Marie-Pierre Poirier, UNICEF Regional Director for West and Central Africa.
She added that UNICEF was deeply concerned about these acts of violence, considering that attacks on schools are a violation of children’s rights. However, she said UNICEF acknowledges the efforts by the Government of Nigeria in undertaking all possible efforts for the safe return of the missing children.
Background
On 15 December, Boko Haram (which means “Western education is forbidden” in the Hausa language) leader Abubakar Shekau claimed responsibility for the kidnapping. More than 100 armed men on motorcycles attacked this rural public school. While some high school students managed to escape, others were caught, separated into several groups, and taken away by attackers, according to the international news agency, Agence France Presse.
More than six years after the kidnapping of high school girls from Chibok, this new mass kidnapping challenges the Nigerian President, Muhammadu Buhari, who had promised to defeat the jihadist group.
Buhari, who is himself from Katsina and was visiting his home at the time of the kidnapping, condemned the attack and ordered that security be increased in all schools. Schools have also been closed. On 14 December, the army said it had located the kidnappers’ hideout, adding that a military operation was underway.
In addition to this campaign to secure the release of the kidnapped Katsina boys, Education International still demands the immediate release of the 123 Chibok schoolgirls who are still missing. In total, 276 schoolgirls were abducted in the mass kidnapping in Chibok in 2014.