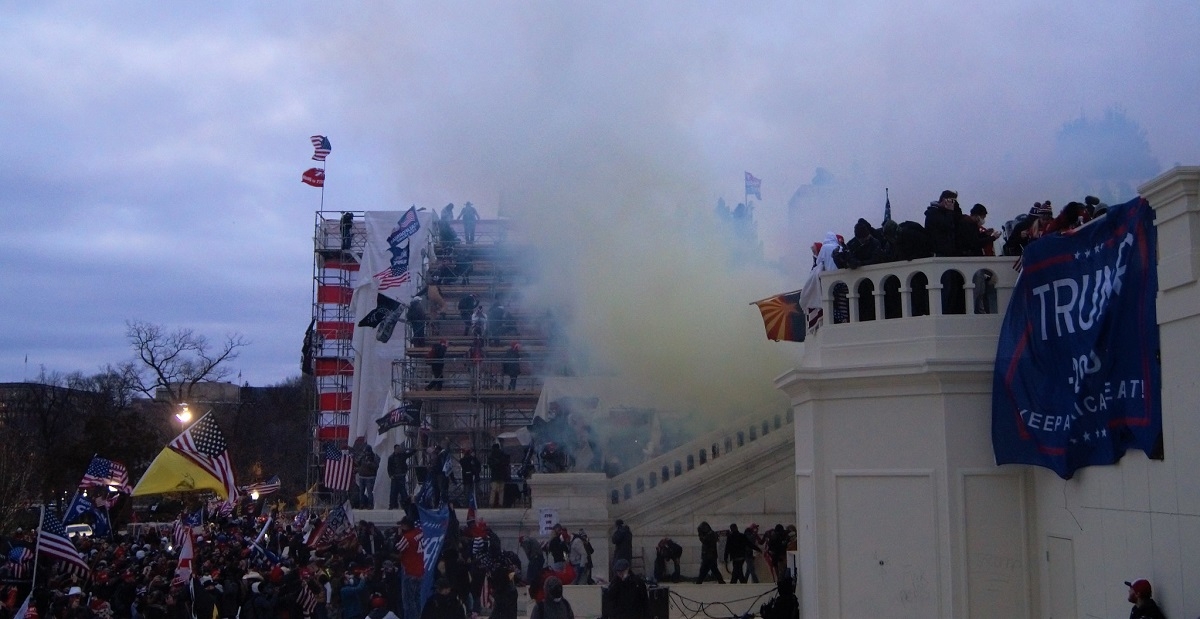 The National Education Association (NEA) and the American Federation of Teachers (AFT) have reacted to the 6 January’s assault in Washington DC, where rioters encouraged by President Donald Trump stormed the Capitol building during a joint session of Congress to certify the election of Joe Biden and Kamala Harris.

NEA: We must come together
NEA President Becky Pringle said, “Trump supporters today violently stormed the U.S. Capitol in a last-ditch attempt to stop Congress from certifying that President-elect Joe Biden won the election”.
She stressed that “these seditious attacks are bred from years of vitriol, hate and bigotry” and “what we are witnessing today is an attack on our country and on our democratic institutions”.
“We must come together — just as we did in record numbers in the election — to show our students that we will stand together against politicians who incite violence and those who act on it. We will stand up to those who empower the insurrectionists that have violently stormed the Capitol, trying to overturn the will of the people. We will protect our democracy. The world is watching. Our students are watching,” the NEA leader said.
Pringle also pointed out that her country has not witnessed an event like this in recent history and it is difficult to make sense of what happened, let alone explain them to children. “But what is important to remind them of is that Americans are uniting to support justice and democracy,” she insisted.
NEA published advice on how educators can talk to kids about the attack on the Capitol and explain the violent attempt to stop Congress from certifying that President-elect Joe Biden won the election.
Key takeaways are:
AFT: Calling for Trump’s immediate removal from office
“Donald Trump made clear why he shouldn’t be president. He enabled terrorists who stormed the U.S. Capitol and threatened the lives of duly elected officials while the world watched in horror,” AFT president Randi Weingarten insisted.
For her, “this reprehensible failure of the executive to protect the legislative branch is unconscionable, and for the safety of this country, Trump cannot leave office soon enough”.
“Today was not a protest, it was an insurrection; President Trump, his accomplices and allies are guilty of incitement and must be held accountable. That starts with Trump’s immediate removal from office,” she argued.
Weingarten also claimed her faith that “American democracy is stronger than Donald Trump,” as, “in the throes of a deadly pandemic, a crushing recession, a long-overdue reckoning with racial injustice and an ongoing climate crisis, a record number of Americans cast their vote in last year’s presidential election for decency, competence and progress—for Joe Biden and Kamala Harris. Today, despite partisan and petulant attempts to undo the will of those voters, democracy prevailed.”
“We will teach our children about this moment for centuries to come and will work to restore future generations’ faith in the fidelity of our peaceful transfer of power”, according to the AFT president.
Stressing that in the latest presidential election, democracy was tested by “a grown man’s inability to lose, which threatened to jeopardize the great American experiment,” and that “a stronger leader would have used this moment as an opportunity to resurrect the tatters of his presidency, restore order and condemn violence, she made a call: “Let us now begin to rebuild our more perfect union, built on the voices of the many”.
Betsy DeVos’ resignation: Good riddance
Following the Capitol’s attack, Education Secretary Betsy DeVos submitted her resignation, saying President Donald Trump’s role in spurring the mob that breached the US Capitol on Wednesday was “the inflection point,” and “impressionable children are watching all of this, and they are learning from us”.
This makes her the second Cabinet member to resign over the incident, after Transportation Secretary Elaine Chao. Some key White House staff have also quit.
DeVos promoted private schools and universities, including the diversion of government support to them.
AFT’s Weingarten sent out a brief statement commenting on DeVos’ resignation: “Good riddance”. Pringle of the NEA said: “Her complicity, cowardice, and complete incompetence will be her legacy”.