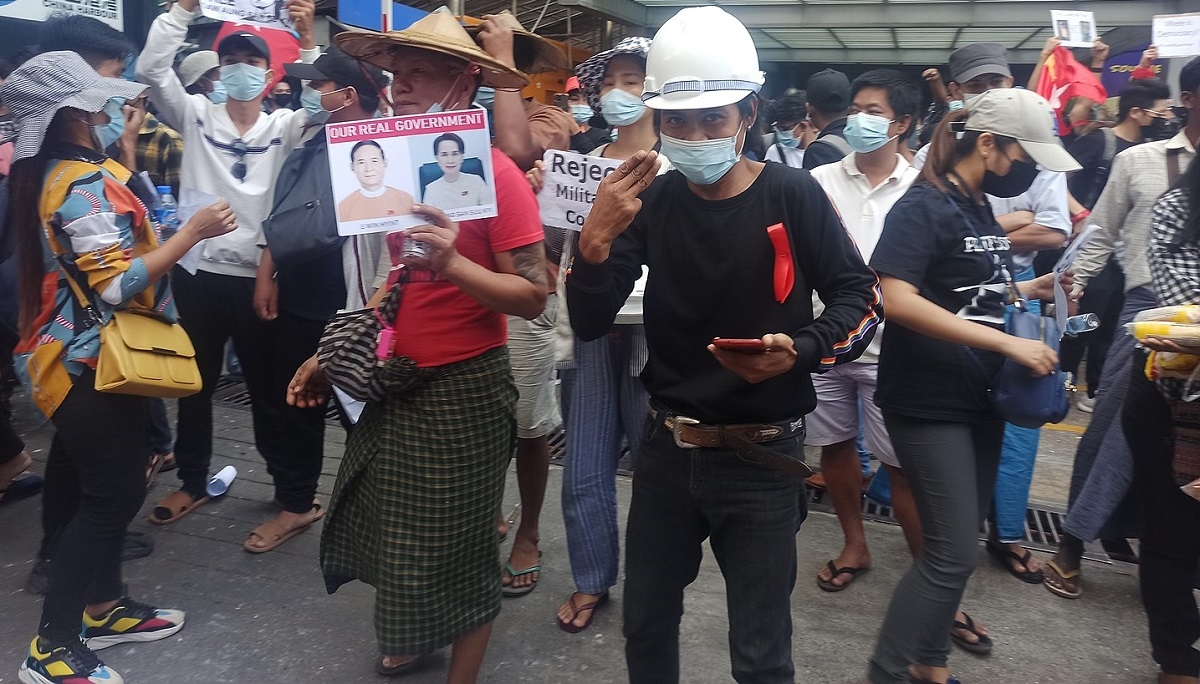 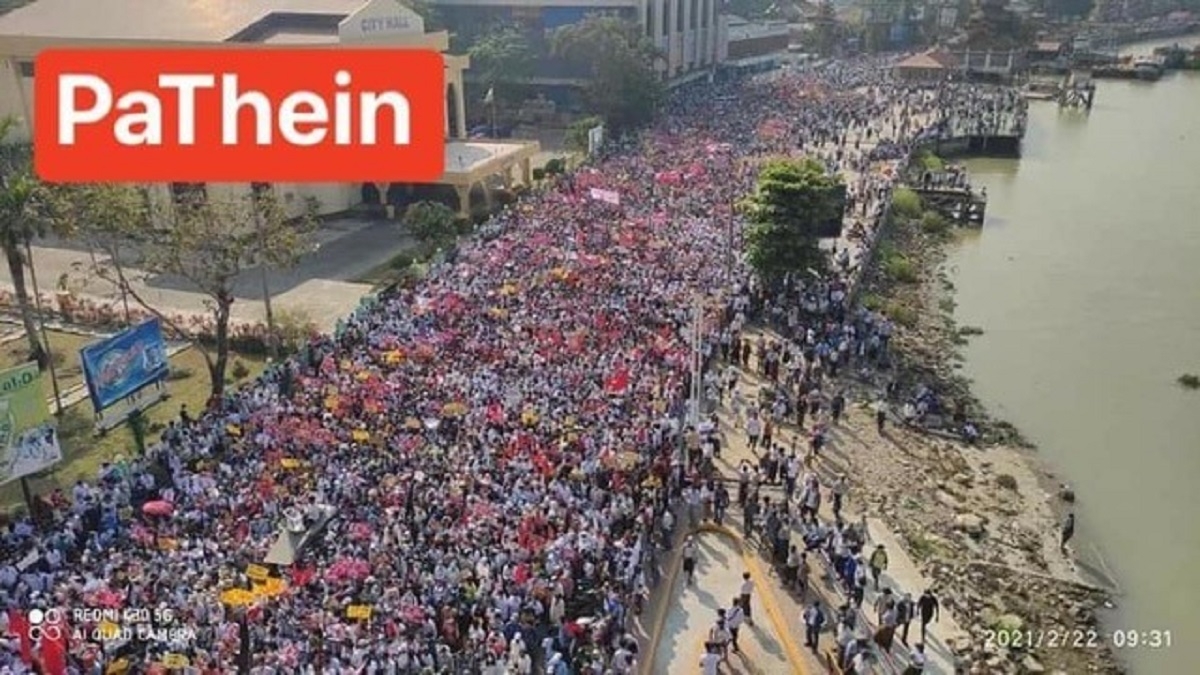 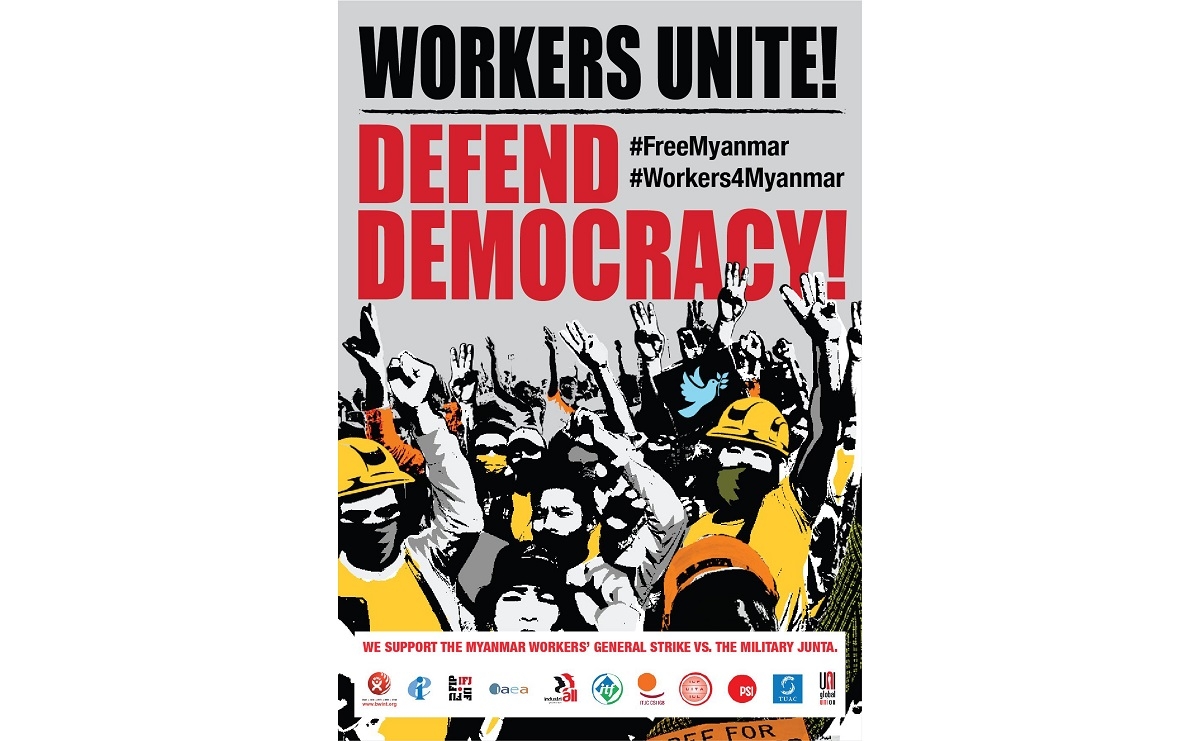 Update 23 April 2021 | In a resolution adopted at its 57th meeting, held virtually, the Education International Executive Board condemned the coup d’état in Myanmar, the refusal to accept the results of the election, the violence against protesters and strikers and the arrest of elected leaders, trade unionists and others opposing the regime. It called for full respect for human and trade union rights and a return to the path of democracy. It urged the international community and national governments to respond urgently with strong measures to stop the violence and repression.

Here's how you can help (thread) ⬇️ pic.twitter.com/o9PUjwcgIi

Several governments as well as international bodies have already reacted. Many are reviewing relations with Myanmar and, in particular, sanctions against military leaders and their enterprises.
Also on the day of the General Strike, the 22nd, the Council of the European Union, representing all 27 EU member countries, approved conclusions on Myanmar/Burma. They call for: “de-escalation of the current crisis through an immediate end to the state of emergency, the restoration of the legitimate civilian government and the opening of the newly elected parliament. The results of the democratic elections held on 8 November 2020 have to be respected. The military must renounce its action.”
The conclusions indicate a readiness to “adopt restrictive measures targeting those directly responsible”. It also indicates that all “other tools at the disposal of the European Union and its Member States will be kept under review.”
On the 4th of February, the UN Security Council called for the “immediate release of all those detained” and stressed “the need to uphold democratic institutions and processes, refrain from violence, and fully respect human rights, fundamental freedoms and the rule of law.”
A more elaborate position was taken by the UN Council on Human Rights on 12 February. It also called for the release of all prisoners, the lifting of the state of emergency and “the restauration of the democratically elected Government, but added other demands for action.” Crucial, ongoing work is being done by the Special Rapporteur on the situation of human rights in Myanmar. Given the serious degradation of the human rights situation in the country, the Council called for “increased assistance, resources and expertise to enable him to discharge his mandate fully.“