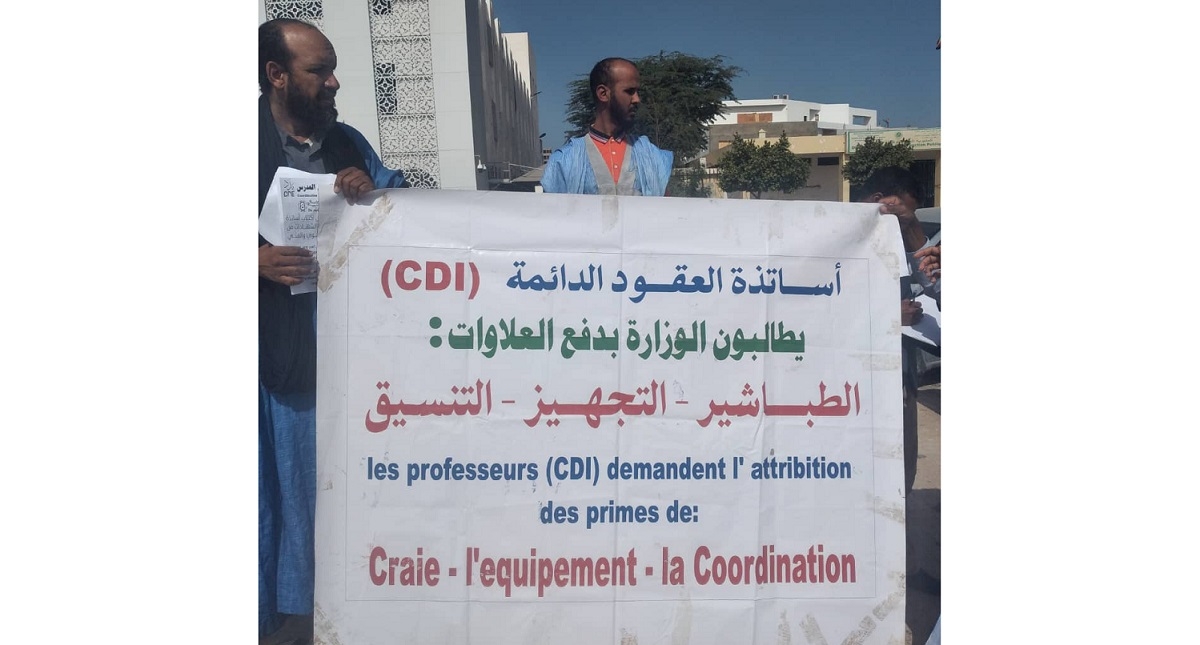 On 22 March, teachers engaged in a three-day general strike to demand a pay increase and better living conditions. This strike was punctuated with massive protests near the Education Ministry headquarters in the capital city, Nouakchott, and in the various provinces.

Unprecedented success
This strike was an unprecedented success, as all teachers in the secondary education sector went on strike simultaneously. In many schools, every teacher participated, and the participation rates were generally high in the different regions of the country.
The strike follows a call from several trade unions, primarily the Coordination for the Defense of Teachers (CDE). The CDE brings together four unions in secondary and technical education, including the Syndicat National de l’Enseignement Secondaire (SNES), a member organisation of Education International.
Governmental failure to response to teachers’ demands
The three-day action was staged in response to the Government’s delay in fulfilling demands from teachers, who are experiencing low wages and precarious working conditions.
The Education ministry appealed to the teachers to end their strike and engage in dialogue to resolve the dispute.
While social dialogue has been a well-established practice in Mauritania, education unions complain that it has not evolved substantially, either in quality or depth.
Social dialogue vital
The unions have reminded the Government that achieving quality public education during the COVID-19 health crisis and beyond requires the participation of education unions, through effective and institutionalised social dialogue.
They also highlighted how the country has witnessed several protests in recent months, led in particular by healthcare workers seeking better working conditions.