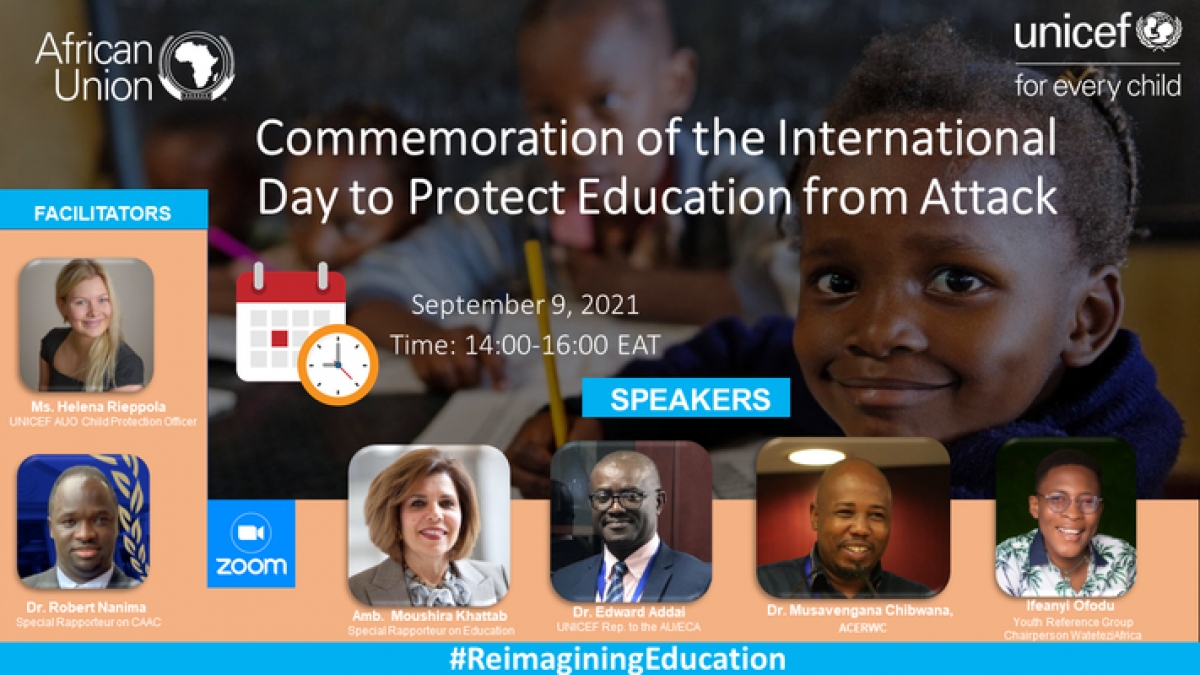 EI Africa on International Day to Protect Education from Attack

“Educators and students have been victims of conflict in many African countries and globally. They have been attacked, killed, disappeared, kidnapped for ransom, and maimed in Nigeria,  Mali, Northern Mozambique, and several other African countries.” Dr. Dennis Sinyolo, Regional Director of Education International (EI) Africa, highlighted during a virtual event to commemorate the International Day to Protect Education from Attack on 9th September 2021, organized by UNICEF and AU, in collaboration with the UN Special Rapporteur on Children Affected by Armed Conflict, Dr. Robert Nanima, and the Special Rapporteur on Education, Amb. Moushira Khattab.
The event aimed at raising awareness on the current situation of attacks on education on the continent, to build an alliance on protecting education from attack with various stakeholders, including young people, states, national and local authorities, affected populations and civil society organizations (CSOs) and to build momentum for the Fourth International Conference on the Safe Schools Declaration in October 2021.
Dr. Dennis further observed that apart from physical harm, there is an onslaught on academic freedom and professional autonomy in many countries, impinging on the ability of teachers to carry out objective research and teach effectively.
He underlined that there is a serious gap between written commitments and the reality on the ground.  Therefore, governments must do more to protect teachers and students from attack by moving from words to action; from written commitments on paper to practice on the ground and making sure that: