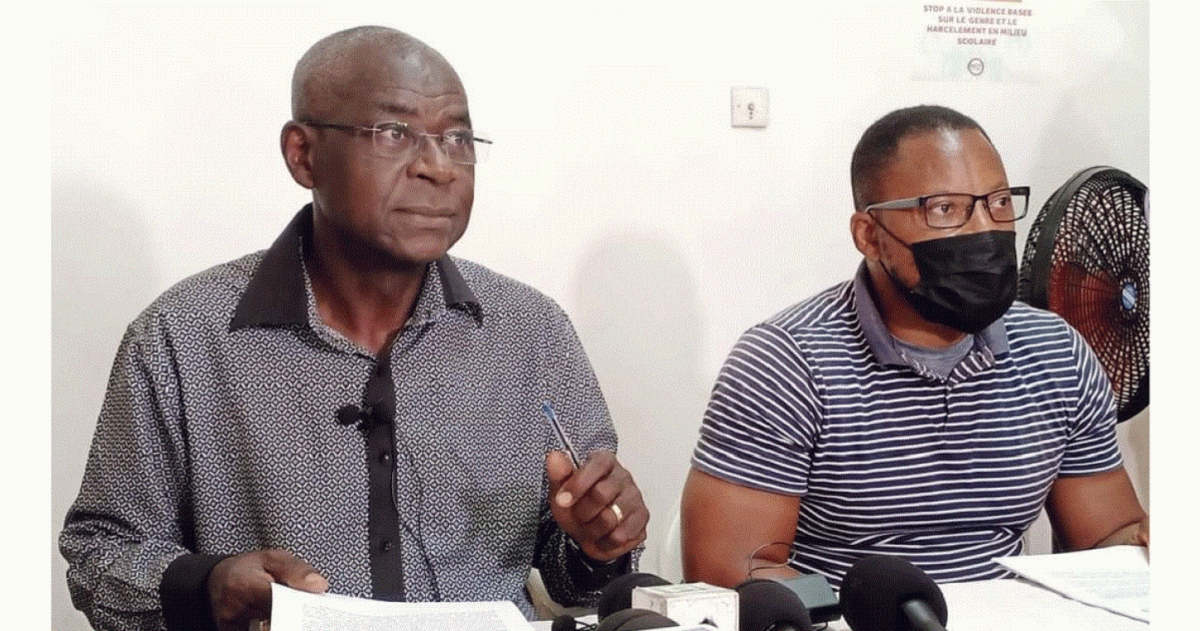 Since 15 October, teachers belonging to the National Education Union (Syndicat de l’Éducation nationale - SENA) have been engaged in strike action in order to achieve their demands and ensure that the commitments made by the government are respected.
“By deciding to boycott the start of the school year on 27 September 2021, SENA, our trade union organisation, which had opted for social dialogue in order to seek realistic and appropriate solutions to the many problems that undermine the functioning of our education system and which have a negative impact on it, unfortunately notes, and regrets, that the government    has not honoured its commitments”, according  the General Secretary of SENA, Fridolin Mve Messa. He explained trade union concerns in the strike notice dated 1 October addressed to Gabon’s Minister of Higher Education, Scientific Research, Technology Transfer, and National Education for Civic Training, Patrick Daouda Mouguiama.
Progress negotiated with the union not implemented
The union deplores, among other things
Violation of the rights of public servants to training and career development
Faced with the show of “bad faith” by the government, on the one hand, and the anger shown by teachers and other staff over the failure to meet these negotiated demands, on the other, the SENA National Executive Board, in agreement with its provincial offices, concluded that the government was violating the rights of public employees in terms of training and career follow-up, as guaranteed by the general public service statute.
Faced with this situation and the silence of the competent authorities, SENA decided to give notice of a strike on 1 October in accordance with the legislative provisions relating to the constitution and functioning of trade union organisations of state employees.
The strike was confirmed by the SENA General Assembly meeting on 15 October where the SENA leader stressed that his union remains open to dialogue.
Statement by the SENA/ CONASYSED Coalition
SENA has been joined by the National Convention of Education Unions (Convention nationale des syndicats du secteur éducation - CONASYSED) in a coalition to defend the rights and interests of teachers.
The coalition criticised the fact that the Minister of National Education is now posing as a victim of the strike with the Ministry claiming that the nationwide strike has “a clear political orientation”.
The SENA-CONASYSED coalition reminded the Minister “that this baseless allegation is an admission of the government's inability to find solutions to the legitimate demands made by our group. It is time for the government to change its paradigm.”
It also pointed out that the social dialogue commission, established further to an order signed on 16 March 2020, did not begin its work until October 2021, well after the strike was launched, and only following demands by the social partners.
The unwillingness of the government was regretted to engage in real negotiations to prevent the crisis that was looming on the horizon, neither with CONASYSED, which had suspended its strike on 13 March 2021, nor with SENA, which had filed its strike notice on 1 October 2021.
Only the government is responsible for the current strike
Thus, for both SENA and CONASYSED, “it is clear that only the government is responsible for the current strike”.
While recognising that the Minister of Education can congratulate himself for promoting a permanent dialogue with the social partners without exclusivity, the coalition stressed that “he must not lose sight of the fact that social dialogue cannot be limited to exchanges of information, let alone oratory”.
Concerning the administrative situation, for the coalition, “it is clear that the government is acting in bad faith when it claims that there are only a few residual applications in the recruitment and reclassification files taken as examples”. Indeed, stating that the proportion of teachers awaiting regularisation requires the establishment of a special desk to accelerate the process, SENA and CONASYSED request the provision of lists of cases processed and those pending.
Addressing the minister, the coalition also insisted that disillusioned teachers are waiting for concrete answers. It warned that the “plan to strike teachers off the payroll is pure demagoguery, as it is likely to clash heavily with the legal provisions governing the management of public sector employees. In this vein, it is worth remembering that a strike is neither a professional fault, nor an offence, let alone a crime”.
Finally, the SENA/CONASYSED Coalition congratulated all teachers for the success of the strike and urged them “to remain mobilised until the final victory”. It will hold its next general assembly to decide on the follow-up to the strike on 11 December 2021.
Video : RTN - Gabon/ Education: Le SENA appelle les enseignants à respecter le mouvement de grève. - YouTube
https://youtu.be/METI7-X51Ys