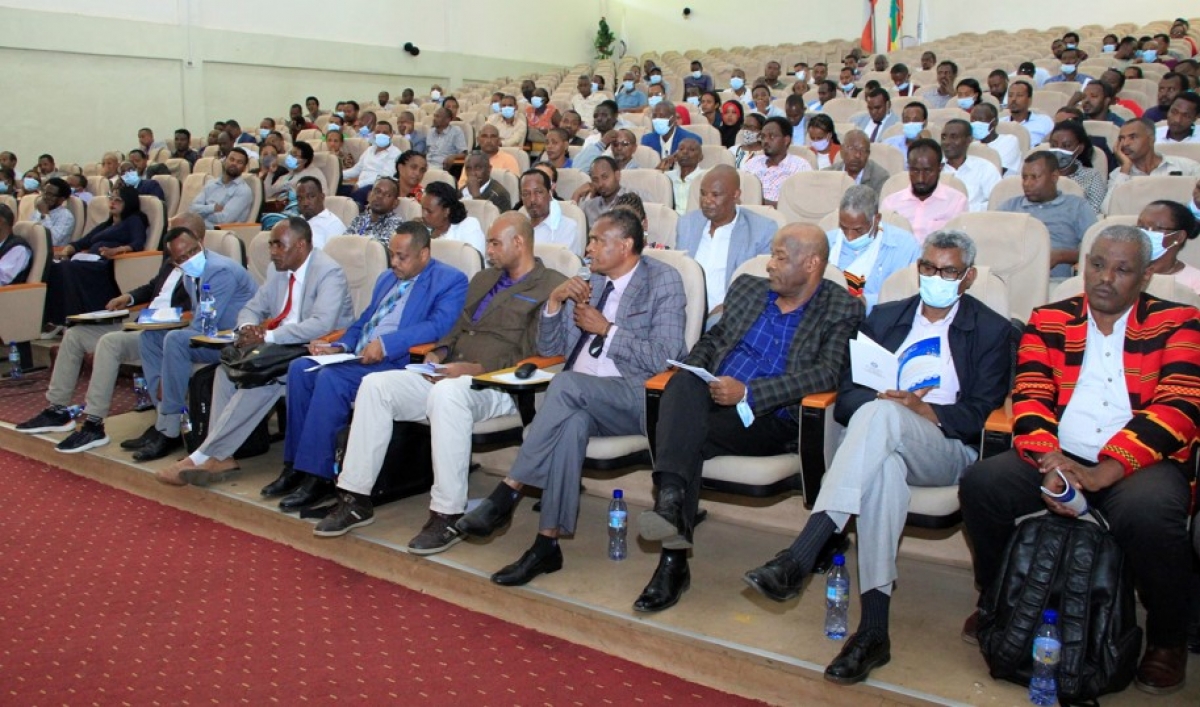 Ethiopia Teachers’ Association (ETA) had its Congress held from 21-26 October 2021 in the Southern part of Ethiopia in Arbaminch (literally meaning 40 springs), about 500 km away from Addis Ababa. All national ETA leaders were re-elected except the former Audit Committee chairperson, who was replaced by a woman, thus increasing the number of women on the National Executive Committee.
The congress was preceded by the first national women’s caucus the day before and ETA’s by-laws were amended to include a gender section which will be led by the Deputy General Secretary.
The congress also recognised some personalities who did excellent work for teachers and for the profession. Among the awardees were the former Prime Minister, Hailemariam Desalegn, for peacefully transferring power and for his role in endorsing the housing scheme for teachers. As a result, over 110,000 teachers were either provided with a condominium or land to construct their own houses in the last five years. He was recognized in his absence as he was abroad on a continental mission.
The other awardee recognized by the Congress was a former teacher but now a journalist. He was an excellent teacher, and he is promoting the profession as a journalist. See his photo beside the trophy.
On the occasion, the World Teacher’ Day (WTD) was also celebrated from October 28-29/2021, in collaboration with Arbaminch University in Arbaminch city. It involved a two-day conference in which 14 research papers were presented and discussed.
ETA President and EI Executive Board member, Yohannes Benti, reiterated the union’s continued commitment to fight for gender equality, the professional status, and rights of teachers in Ethiopia. “The gender section we have created will help us to better meet the needs of our female colleagues”, he concluded.