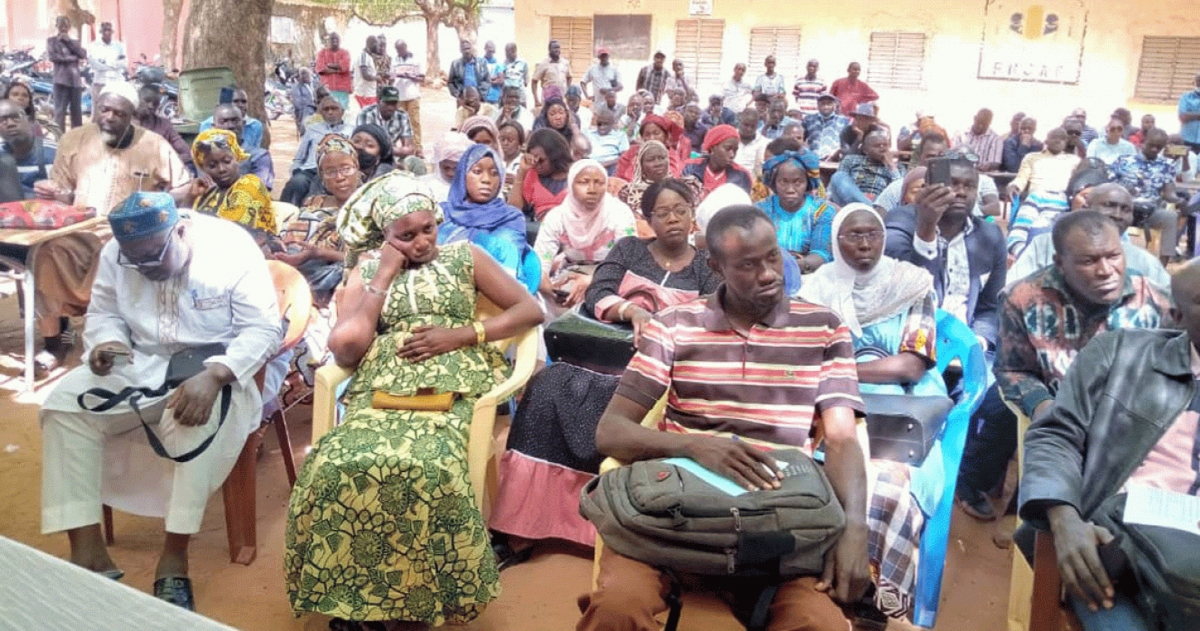 At a high-level meeting with several ministers, the leaders of Senegal's principal education unions reached agreement on several positive measures, namely a pay rise for education and training staff and the upgrading of the allowance system for managerial and administrative roles. The career prospects for education and teaching staff were also discussed.
This meeting was held on 26 February, under the chairmanship of Mariama SARR, Minister for the Civil Service and the Renewal of the Public Service.
It was attended by several members of the government, as well as Amidou Diedhiou, General Secretary of the Syndicat des enseignants libres du Sénégal (SELS), and Abdourahmane Gueye, General Secretary of the Union démocratique des enseignantes et enseignants du Sénégal (UDEN) – both member organisations of Education International, accompanied by several other general secretaries of education unions.
Higher pay for education and training staff
On the increase in the pay package for education and training staff, the following was decided:
Bonuses will increase for all categories of staff, by up to 220%.
Upgrading of the allowance system for managerial and administrative roles
On the upgrading of the allowance system for managerial and administrative roles, the government proposal to adopt a functional approach, instead of creating a body of school administrators, was approved.
To this end, a capacity building mechanism will be put in place.
It was also decided to increase the allowance paid to teachers in managerial and administrative positions.
The five priorities of the Ministry of National Education
Furthermore, the signatories reaffirmed their commitment to the five priorities of the Ministry of National Education, namely
Union mobilisation and action paid off
“A memorandum of understanding was signed in 2018, but then there was a breakdown in negotiations,” explained Amidou Diédhiou, General Secretary of SELS.
He recalled that after the government agreed to reopen dialogue in October 2021, “we spent four months monitoring agreements and when we got nowhere we decided to go on strike. It was a bitter fight. Never before has a union struggle brought such great gains in terms of net pay and allowances.”
Abdourrahmane Gueye, General Secretary of the UDEN, confirmed that after the 2018 strike, the government had made commitments on 11 points but was slow to act, which irritated the teachers.
For him, it all started with an audit commissioned by the Senegalese state to analyse the shortcomings in the treatment of civil servants. It appeared that those in the education sector were poorly paid compared to others.
He said that all the most representative and non-representative unions went on strike for two months and the system was paralysed. Five negotiating sessions were then held.
As for the pay rises, “this is the first time in 30 years that we have won increases of this magnitude,” insisted Gueye.
A monitoring committee responsible for ensuring the implementation of the agreement has also been set up. It is composed of government and union representatives.
The unions remain cautious and will be vigilant in the coming weeks and months as to the effective implementation of these government commitments.