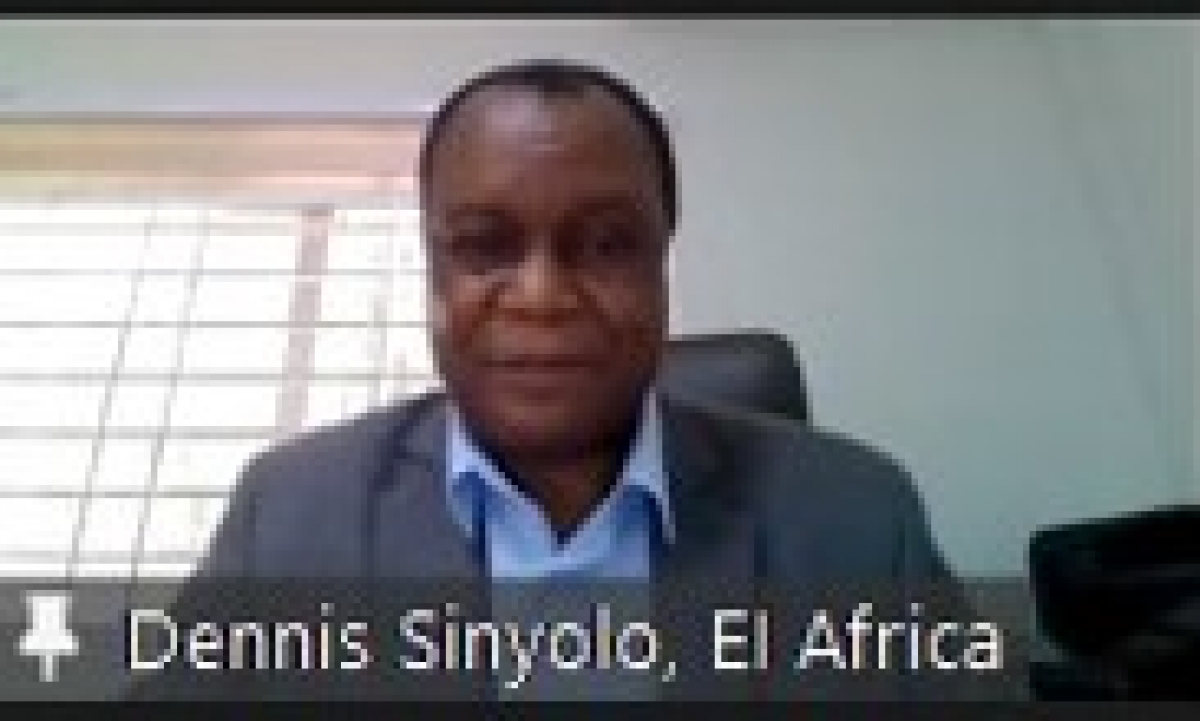 On Thursday 23rd June 2022, the EI Africa regional office organised a webinar for experience sharing on union renewal and growth for EI members unions in Cameroon, Cote d’Ivoire, Mali, and Senegal. These member organisations are implementing union renewal projects or have implemented youth programmes intended to help them renew and grow through youth mobilisation. The webinar aimed at enabling the unions to share experiences and reflect on strategies to achieve better outcomes.
Forty-three participants from seven unions, including General Secretaries, project officers, representatives of women, youth as well as and regional structures were in attendance.
Dr. Dennis Sinyolo, Regional Director, EI Africa who opened the webinar reminded participants that, the meeting was taking place at a time when education unions in Africa are confronted by many challenges, including COVID -19, conflict, insecurity, climate change and the ever-growing onslaught on human and trade union rights. He lamented that teaching was becoming less and less attractive to young people due to poor salaries and working conditions, and that many unions in Africa were struggling to recruit, retain and energise young members to participate actively in union activities. He also stressed the fact that union capacity building and development were paramount.
“Like improving teaching and learning in the classrooms”, Dr. Sinyolo stated, “union renewal should be a continuous process in which unions must critically examine their structures, operations and practices, and identify their strengths and weaknesses, the external threats confronting them, as well as the opportunities available to be explored for the good of their members”. Before concluding his address, he urged unions to organise and mobilise young educators and women into the teacher trade union movement and to give them the space to contribute and to lead.
Through presentations and panel discussions, participants shared the union renewal strategies, the successes they have achieved, as well the challenges they have faced and how these have been overcome.
Testimonies from women, young members, and representatives of regional structures indicated that the union renewal programmes achieved successful outcomes regarding the organisational diagnosis of unions; restructuring; review of union constitutions; the recruitment of new members; the capacity building of members of the different structures; the involvement and participation of young people, women, and people with disabilities. The need for democratic functioning and good governance, digital methods of mobilisation, and evidence-based data were emphasised.
Participants also recommended that unions value internal human resources, that the PATC training modules on research methodologies be used to train union researchers, that prospects for trade union unity, particularly in French-speaking countries where trade union pluralism is often unrestrained, be considered.
The Regional Director, EI Africa, who closed the webinar, acknowledged the positive outcomes of the union renewal initiatives in the four countries, and strongly emphasised the need for all unions to embrace the union renewal process. He also stressed on the need to review the structures, policies and constitutions of the unions to make them as inclusive as possible, and to keep on building the capacity of members. He then highlighted the critical importance of networking and invited the unions to continue networking to become stronger.