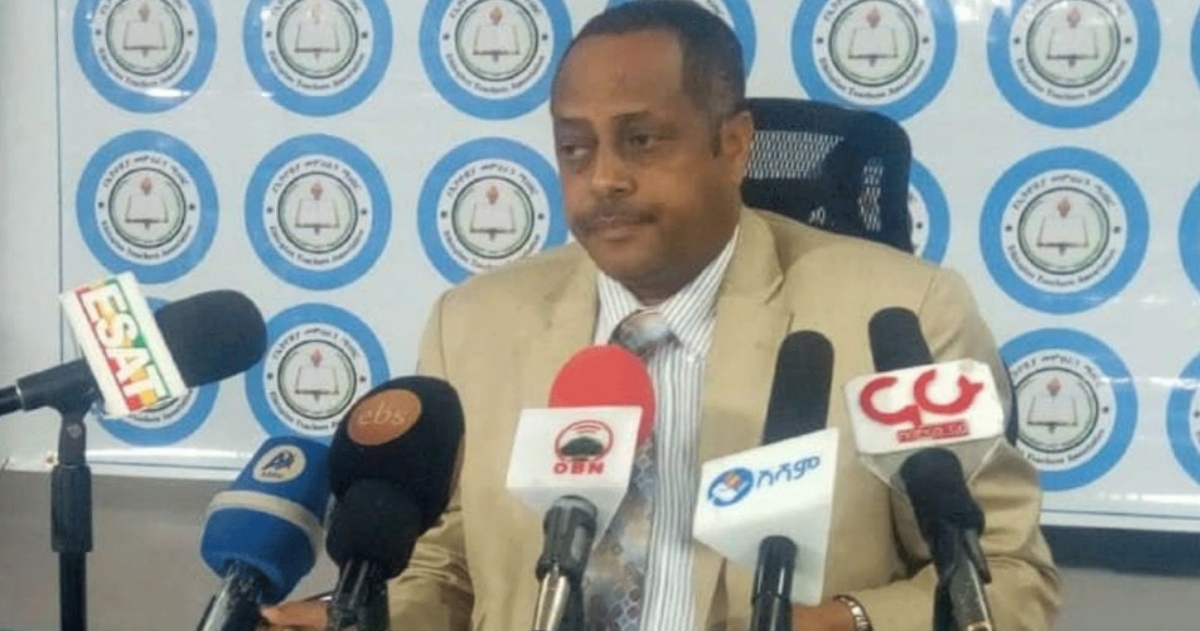 In a press statement to local media, the Ethiopian Teachers Association (ETA), affiliated to Education International officially called for de-escalation of conflict and an immediate return to cessation of hostilities in the wake of the resumption of militarised hostilities between federal defense forces and forces of the Tigray regional government. Education International stands with educators, students and civilians affected by the conflict of both sides and urges public authorities to ensure the safety of students, educators and the population as well as education continuity.
ETA: Massive consequences for civilians, especially vulnerable segments of the population
ETA emphasised on August 31st that “such conflict plants no seeds except for poverty, generational rifts, and historical accountability”, and therefore urged public authorities to take firm actions to break the terrible spiral.
Similarly, the Ethiopian Civil Societies Organization Coalition (ECSOC) expressed in a statement its “grave concern” about the resumption of militarised hostilities, explaining that it “would bear massive consequences for civilians, especially vulnerable segments of the population, namely children, disabled persons, the elderly, and women in the affected areas”.
Both ETA and ECSOC called for uninterrupted humanitarian assistance and restoration of basic services for affected civilian populations in the Tigray regional state.
For the war raging in the north of Ethiopia to be solved through non-violent discourse, ETA requested the African Union and other international organisations to carry out their collaborative role to achieve a cessation of hostilities, including armed conflict. It further called for all militarised disputes within the country to be solved through non-violent discourse.
ECSOC also underscored that international organisations should strive to enable an immediate cessation of hostilities without any pre-conditions and indicated its readiness to bring all possible help to eradicate the conflict.
EI: Call for a halt to armed conflict and schools to be respected as safe sanctuaries
“We are in full solidarity with Ethiopian education unionists and activists in their struggle to de-escalate the conflict in Tigray,” stressed Dennis Sinyolo, Director of Education International’s Africa regional office, adding that such armed conflicts undermine children’s right to education-He said that schools and education institutions must remain safe havens.
Sinyolo referred to the Resolution on the deteriorating security situation in Ethiopia adopted by the Education International Africa Regional Committee (EIARC) in November 2021. In this document, the EIARC stressed its concerns “about the deteriorating situation in Ethiopia which has resulted in forced massive displacements and disruption of the education system in the country”.
It also deplores that the fighting involving the Federal Ethiopian Army and the forces of the Tigray People’s Liberation Front “is having devastating effects on teachers, education support personnel, students, their families and the whole education system in the region as schools remain closed due to the conflict”.
The EIARC therefore called upon the Government of Ethiopia, the African Union, armed groups in Ethiopia, and the United Nations and the International Community “to take urgent and meaningful actions to create peace and security and ensure conducive teaching and learning in the whole country”.
It insisted that “such actions include not using schools and education institutions as military bases but safe sanctuaries and involving the Ethiopia Teachers Association in monitoring the situation and supporting teachers to play their roles in safety.”
Sinyolo also recalled the Resolution on attacks on schools in Africa adopted during the 2019 Education International World Congress, which underlines that “without access to education, a generation of children living in conflict areas will grow up without the skills needed to contribute to the development of their countries and economies, thereby exacerbating the already desperate situation of millions of children and their families in the region, as well as preventing them from accessing decent employment when they reach adult age”.
Background
Militarised hostilities between the federal army and Tigrayan forces re-erupted on August 24th after a humanitarian truth which lasted for six months. Both sides blame each other for initiating the conflict and attacking the other.