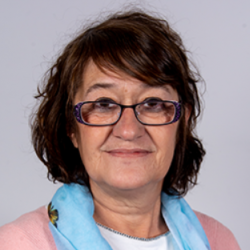 Sonia Alesso
Sonia Alesso is the General Secretary of the Confederación de los Trabajadores de la Educación de la República Argentina (CTERA) and the Asociación de Magisterio de Santa Fe (AMSAFE).
She sits on the Executive Committee of the Central de los Trabajadores de la Argentina (CTA).
Alesso entered the teaching profession in 1981. She was later appointed school union representative, and in 1998 she joined the Regional Board of Directors of AMSAFE as Press Secretary.
She also held the position of Deputy Secretary and was later elected General Secretary.
She has also served as Secretary for Gender and Equal Opportunities for CTA in Santa Fe.
In 2010 she was elected Deputy Secretary of CTERA, and since 2014 she has served as its General Secretary.
In 2015, at the Education International’s Congress in Canada, she was appointed to the Executive Board of Education International for the Latin American Region.