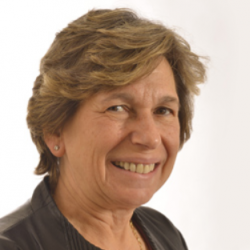 RANDI WEINGARTEN is president of the 1.4-million-member American Federation of Teachers, AFL-CIO, which represents teachers; paraprofessionals and school-related personnel; higher education faculty and staff; nurses and other healthcare professionals; local, state and federal employees; and early childhood educators. She was elected in July 2008, following 11 years of service as an AFT vice president.

In the months immediately following her election, Weingarten launched major efforts to place education reform and innovation high on the nation's agenda. In September 2008, Weingarten led the development of the AFT Innovation Fund, a groundbreaking initiative to support sustainable, innovative and collaborative reform projects developed by members and their local unions to strengthen our public schools.

Weingarten served for 12 years as president of the United Federation of Teachers (UFT), AFT Local 2, representing approximately 200,000 nonsupervisory educators in the New York City public school system, as well as home child care providers and other workers in health, law and education.

For 10 years, Weingarten chaired New York City's Municipal Labor Committee (MLC), an umbrella organization for the city's 100-plus public sector unions, including those representing higher education and other public service employees. As chair of the MLC, she coordinated labor negotiations and bargaining for benefits on behalf of the MLC unions' 365,000 members.

As a member of the AFT executive council since 1997, Weingarten has been involved in every major AFT policy initiative of the last decade. She also served on the AFT executive committee and its democracy committee, and headed the professional compensation committee. She has acted as an emissary for the national AFT in Europe, the Middle East and Asia.

From 1986 to 1998, Weingarten served as counsel to UFT President Sandra Feldman, taking a lead role in contract negotiations and enforcement, and in lawsuits in which the union fought for adequate school funding and building conditions. A teacher of history at Clara Barton High School in Brooklyn's Crown Heights from 1991 to 1997, Weingarten helped her students win several state and national awards debating constitutional issues.

Elected as the local union's assistant secretary in 1995 and as treasurer two years later, she became UFT president after Feldman became president of the AFT. Weingarten was elected to her first full term in 1998 and was re-elected three times.

Weingarten is known as a reform-minded leader who has demonstrated her commitment to improving schools, hospitals and public institutions for children, families and their communities. She has fought to make sure teachers and school support personnel are treated with respect and dignity, have a voice in the education of their students, and are given the support and resources they need to succeed in the classroom.

Weingarten holds degrees from Cornell University's School of Industrial and Labor Relations and the Cardozo School of Law. She worked as a lawyer for the Wall Street firm of Stroock & Stroock & Lavan from 1983 to 1986. She is an active member of the Democratic National Committee and numerous professional, civic and philanthropic organizations. Born in 1957 and raised in Rockland County, N.Y., Weingarten now resides in New York state and Washington, D.C.