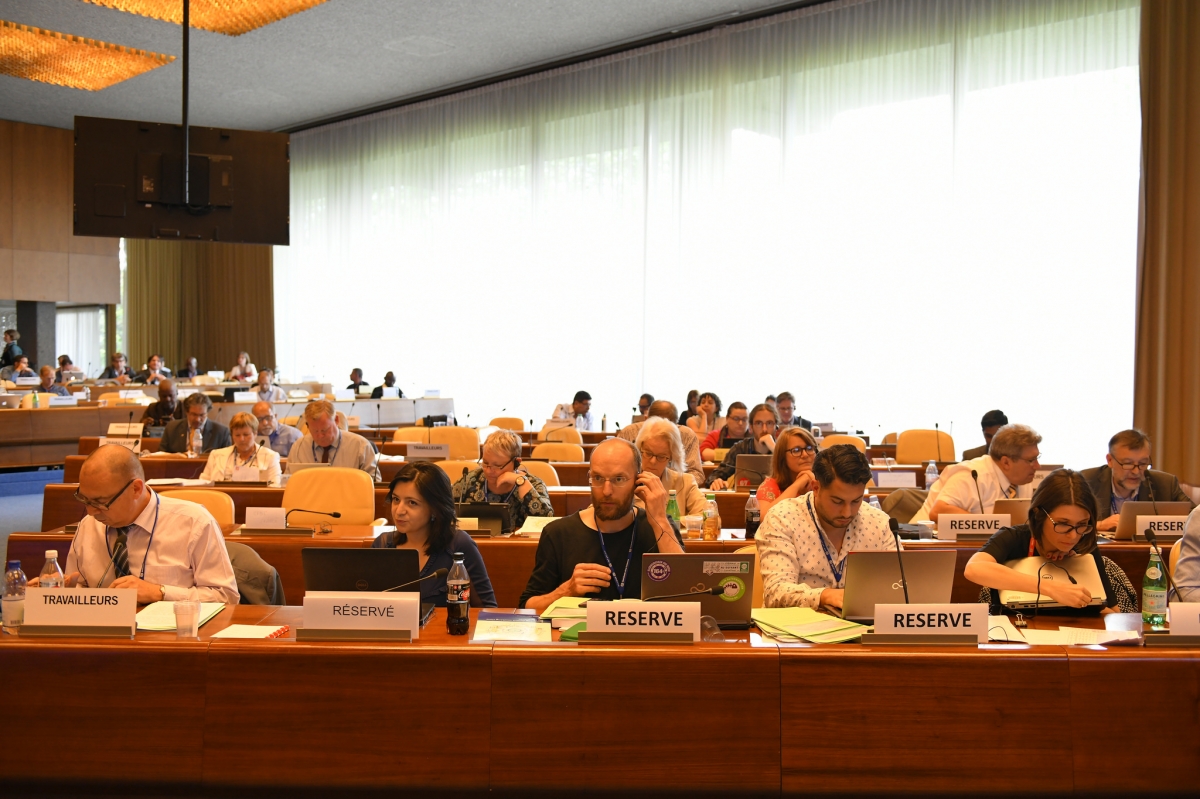 Cécile Kohler, head of international relations for the FNEC FP-FO (France), took part in the 107th Session of the International Labour Conference held in Geneva from May 28 to June 8, 2018, as a delegate of Education International. Here she talks about the conference and, in particular, her involvement in the Serbia case in the Commission on the Application of Standards.

Why did you decide to take part in Education International's delegation to the 107th Session of the International Labour Conference?

I became involved in my union, above all, to defend working conditions for teachers, which are constantly getting worse. I am fundamentally committed to the notion of a republican public school system, which means that every student in the country would follow the same syllabus. Joining the International Labour Conference, at the Conference Committee on the Application of Standards, as a member of Education International’s (EI) delegation marks an important moment in my career as a trade union activist.

A delegation from my confederation, Force Ouvrière, plays an active role in the ILC, particularly in the Committee on the Application of Standards, but I wanted to make the voice of teachers heard. Why? Because education is a key sector. A society in which the school system is threatened is a society in which the whole structure of democratic and social rights is under attack, especially freedom of thought and expression.

In my opinion, the International Labour Organisation, created after the First World War in response to the needs of the workers, and with huge support all around the world, is a institution of fundamental importance.

Can you explain what motivated you to get involved in the case of Serbia in the Committee on the Application of Standards?

In Serbia, as in many European countries, the education sector is falling victim to austerity measures. Therefore, on behalf of EI, which entrusted me with the task, I spoke on behalf of the TUS (Teachers Union of Serbia) to the Committee on the Application of Standards.  It was very important to me for two reasons. The first is that what is happening to Serbian teachers is unacceptable. The second is that the situation in Serbia is typical of the conditions of educational personnel throughout the world, including in Europe.

What were the main issues?

In Serbia, there are collective agreements in all sectors of education. But in higher education the negotiations, which started in 2015, have still not been brought to a successful conclusion, for financial reasons, according to the TUS. We made the point that high quality education is vital to economic and social development and requires state investment, as advocated in the 1966 and 1997 ILO and UNESCO recommendations.

We also raised the concerns of the TUS, which has not been consulted on the law on the reform of the school system, even though this has an impact on the rights of teaching staff, in an environment in which they are already in a weak position.  The majority of workers are employed under very insecure conditions and have only short-term contracts. Salaries were cut by 10% in 2014. Although they have increased, they are still 16% lower than the average salary in Serbia, which is about €357 per month, a very low salary for Europe. The TUS was also not consulted on the draft law on the right to strike, even though education is one of the so-called "essential" services, so the right to strike is severely restricted.

Finally, the TUS questioned the criteria that define the representative status of the unions. We have called for a restoration of dialogue with the government so that the union can be heard on an equal footing with the other parties and organisations.

What are the links between this operation, your participation in the ILC in general, and the challenges your union faces at the national level?

If workers’ rights take a backward step in one country, this has repercussions in other countries. We find that in Europe, as throughout the world, governments are steadfastly engaged in a policy of social regression and trade union freedoms are under attack.

We had prepared to take action on Turkey but the case was rejected in the end.  The situation of the representatives of the Turkish Teachers' Union, EGITIM-SEN, is alarming. Between September 2016 and August 2017, in under one year, 1,620 of its members were laid off, including 48 Bureau members. Only 6 of them have been reinstated.  I believe that our support is more indispensable than ever to them.

In France, as in Europe, a lot of teachers have seen their salary drop, along with an increase in pension contributions and tax increases. At the same time, the Minister of Higher Education and Research and the Minister of National Education forced through, against the will of the majority of teachers, a university selection process and a reform of the high school and baccalaureate, which favour the implementation of customised courses and unrecognised in-house diplomas. Finally, there is a threat to the pension system.

In this respect, the need to defend the rights and values ​​in the UNESCO and ILO recommendations, along with the ILO Conventions, is more pressing than ever and the role played by Education International and its affiliates is indispensable. 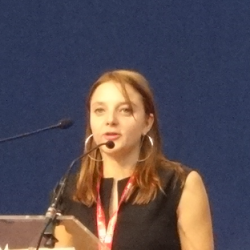 Cécile Kohler joined the Syndicat national Force ouvrière des lycées et collèges (SNFOLC) in her first year of teaching in 2009. Since 2011 she has been a shop steward in her organisation. She has undertaken national duties since 2016 in her role as International Relations Officer for the Fédération nationale de l'enseignement, de la culture et de la formation professionnelle FO (FNEC FP-FO).