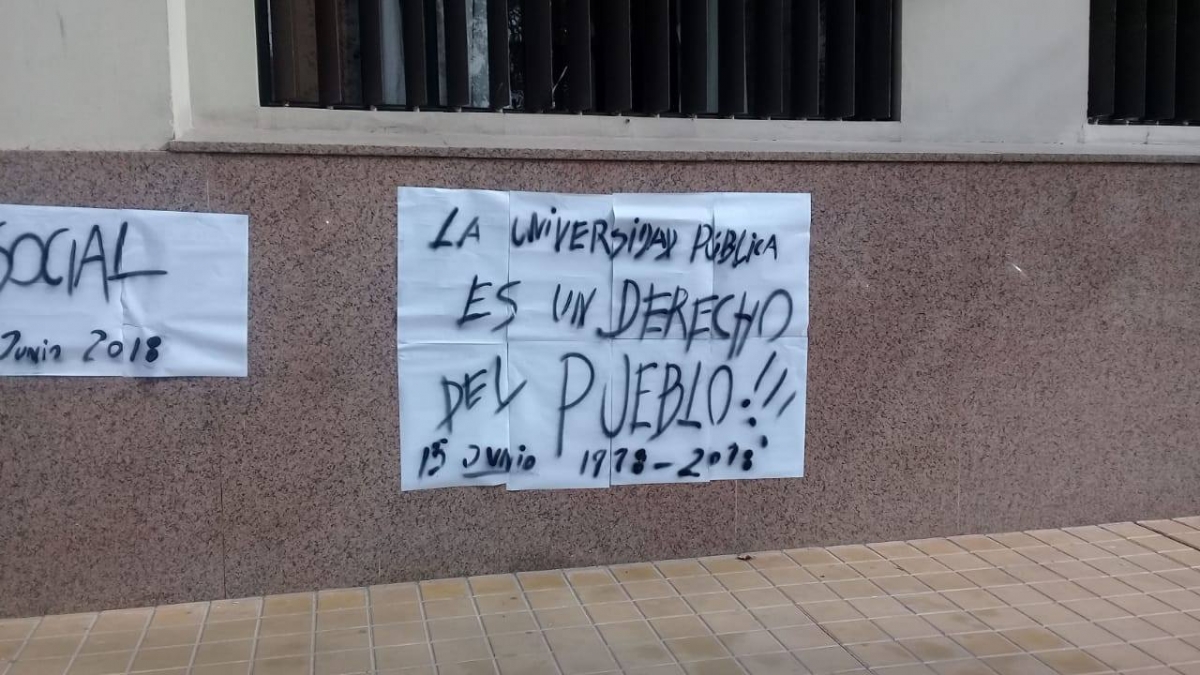 15 June marked the centenary of the university reform led by the student movement in Córdoba, Argentina. This pioneering reform paved the way for a democratic reconstruction of academic institutions that shook the entire region. The transformation of Latin American public universities became a permanent battleground between those who yearned for an exclusionary, elitist model, and those who recognised the need to assert not only the right to higher education, but also the commitment to building just and egalitarian societies.

In conjunction with the centennial celebration, the Regional Higher Education Conference (CRES), organised every ten years by the UNESCO International Institute for Higher Education in Latin America and the Caribbean (IESALC), had been held in Córdoba over the preceding days. In 2008, CRES declared that “higher education is a social public good, a universal human right, and it is the government’s duty to protect it”, emphasising the "strategic role [of governments] in development processes in countries throughout the region”. This final statement was a clear manifestation of the anti-market leanings at the time, a sentiment that was steadily gaining ground with the help of progressive and popular democratic governments, with the movement influencing education and knowledge-building policies at the regional level. This express recognition of a “personal and collective right to attend university” was a symbol representation of the on-going struggle for the right to education in Latin America at the time, legitimising the critical re-evaluation of existing structures with a view to achieving substantive equality that would replace outdated liberal notions of an abstract, opportunity-based equality which, when combined with meritocratic discourse, only serves as a justification for continued inequality within the education system. During the first decade and a half of the 21st century, the public higher education systems of countries such as Brazil, Ecuador, Venezuela, Uruguay, Bolivia and Argentina received significant attention from their respective governments. These administrations, attuned to the demands of social movements at the time, understood that creating conditions conducive to the democratisation of knowledge was essential to fostering a productive social model that would enable us to overcome the long-standing economic and cultural dependence of our region. The approaches and situations were very diverse, but in general, this period of political revaluation of education and knowledge-building policies in order to further democratisation and social emancipation was characterised by the following goals: increased government funding for public higher education; creation of new institutions; the establishment of inclusive policies that would empower underprivileged students and other groups who have traditionally been excluded from higher education; promotion of direct actions taken to strengthen the link between universities and the development of public policies; and increased efforts to create regional co-operative networks.

Today, given that the political stance of most governments in Latin America has changed radically, giving way to administrations that represent only the interests of transnational financial capital, these concerns for the future of education and scientific/technological policies are overwhelming and justified. Within the context of this sustained, deliberate process of de-funding our public education systems, a process in which, as union organisations we find ourselves battling against repression of labour rights, government budget cuts, and the implementation of neoliberal reforms to both the education system and governments themselves, CRES 2018 posed a complex scenario in which it appeared that avoiding setbacks to the development of much needed education and university policies would prove incredibly challenging.

Thus, CONADU and EIAL convened a large group of organisations, institutions and university leaders to attend the Latin American Meeting Against Neoliberalism, for public and democratic universities (in Spanish). Prior to the convention, numerous forums for discussion were held in universities across the country (in Buenos Aires, the National Universities of San Juan , Tucumán, La Plata, Misiones, the Northeast, Río Cuarto, the National University of the Arts, and in various universities throughout Greater Buenos Aires, as well as the University of the Republic [Uruguay]). The gathering itself was filled with hundreds of students and teachers who flocked to the National University of Córdoba the day before the CRES conference to analyse and discuss the current situation of universities and higher education in general. They made the decision to attend the conference ready to provide a clear overview of what is most at stake in light of the current onslaught of commercialising forces, as well as to add a an organised, collective voice to the popular struggle for democracy, sovereignty and the emancipation of Latin American peoples.

The presence of these students lent the meeting a sense of incredible strength: the strength of the enthusiasm and activist spirit of a younger generation who refuse to relinquish not only their right to education, but above all their right to dream and work towards building a more equal society.

Throughout the day, students and teachers alike revived the rebellious, Latin Americanist sentiment of Argentina’s University Reform of 1918, discussing a wide variety of topics including the prerequisite conditions needed to effectively ensure the right to attend university; the strategic character of knowledge-building needed for self-determined development within Latin American nations; the need to devise alternatives to prevailing global mechanisms with regard to the creation and evaluation of academic activities; the scope of university democratisation; demands for gender equality; and the current elements underpinning the privatisation and commercialisation of the sector, among many other relevant issues.

The conclusion of the event could be nothing other than a celebration during which, remembering the moving words of Che Guevara — “may university paint itself black, mulatto, worker and peasant”, — we declared that the university movement must unite with the other popular struggles currently seen in the streets of Argentina and Latin America as a whole — those movements that seek to defend democracy, rights, labour rights, liberty and justice.

Finally, the echoes of this unforgettable meeting also reached CRES 2018, with many of the colleagues who had made great contributions to our meeting expressing their views during the conference: members of CONADU from Argentina, PROIFES and CONTEE from Brazil, FAPROUASD from the Dominican Republic, FAUECH from Chile, ASPU from Colombia and FENDUP from Peru, in addition to distinguished academics, students and public university authorities from various countries throughout the region. The conference’s final statement reaffirms the principle that higher education is an inalienable right that must be guaranteed by our governments. Not only that, but it explicitly warns of the global trend towards the transformation of higher education into a lucrative market, within a context in which the power of financial capital only serves to exacerbate social inequality in all countries while at the same time deepening the divide between North and South. The statement urges governments to implement regulations to protect their education systems and prohibit their use as a commodity for use in free trade agreements, as well as to develop active policies that ensure universal access to quality higher education that is inclusive, diverse and impactful at both the local and regional levels. This outcome is a great step towards consolidating the movement in Argentina and throughout Latin America, which is currently facing a fierce battle in defence of the right to education and knowledge. It will undoubtedly strengthen the alliance between unions and student organisations, relationships critical for the formation of a broad front that can not only uphold the rights that have already been won within the education sector but also play an active role in the on-going struggle for democracy, which is currently threatened by the authoritarianism imposed on our societies by governments influenced by corporations and international foreign investors.

In 1918, the student movement wrote: “the sorrows we still endure are but the freedoms we still lack”. In times of darkness, hope does not abandon us. As long as the struggle for these liberties continues to mobilise and unite youths and workers in Latin America and throughout all the corners of the globe, another world still remains possible.

"Today, solidarity with women is a fight for democracy”, by Sławomir Broniarz. 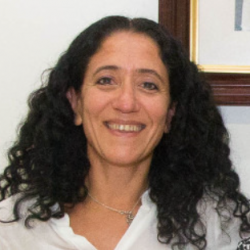 Yamile Socolovsky is Professor in Political Philosophy at the Universidad Nacional de La Plata (Argentina). She is the Director of the Resaerch and Capacity building Institute of CONADU and the International Secretary of its executive board.She is also the Training and Research Secretary of the Central de Trabajadores de Argentina.