The expert group in charge of the SDG indicators rejected the proposed measurement strategy for target 4.7 on education for sustainable development, human rights and global citizenship. A dramatic turn in the SDGs serial but is it really as disastrous as it seems? And what does this mean in practice?

A flagship target of the education goal, target 4.7 promises to give us the blocks we need to build the world we want, and make development sustainable:

It is also the target that The Economist made fun of in 2015, using it as an example of how the SDG targets were impossible to measure. But the global indicator for it is good – one of my favourite indicators under SDG4 actually – because it covers the different pieces that have to be in place for education for sustainable development, human rights and global citizenship to be universally enjoyed:

4.7.1 Extent to which (i) global citizenship education and (ii) education for sustainable development, including gender equality and human rights, are mainstreamed at all levels in: (a) national education policies, (b) curricula, (c) teacher education and (d) student assessment

The challenges are in the methodology and it is the proposed methodology that was rejected by the IAEG-SDGs in charge of the indicators, not the indicator itself. The reporting is based on the 1974 UNESCO Recommendation concerning Education for International Understanding, Co-operation and Peace and Education relating to Human Rights and Fundamental Freedoms. Many member states already report on progress every four years and the questionnaire has been updated with the aim to include the full scope of target 4.7.

This is a great starting point, but there are a couple of fundamental problems. Education International is generally concerned about the slow progress made on key indicators and, importantly, the large disparity in the time, effort and resources put into developing 4.7 indicatorsas opposed to the learning outcomes under target 4.1. We are impatient to move forward, but the proposed 4.7 methodology would not have done what we needed it to do.

Firstly, there is neither conceptual clarity nor separate reporting on the different aspects of 4.7 – sustainable development, human rights, gender equality, peace and non-violence, global citizenship – which means that it is hard to identify areas of progress and those that require more attention. There may be an extensive mainstreaming of environmental education but no progress whatsoever on gender equality. This limits the usefulness of the indicator for monitoring as well as policy-making.

Secondly, self-reporting is tricky, particularly when related to values. You could argue that the reporting encourages countries to paint a more flattering picture of their systems – in fact, this seems to be the case in the 2017 report on the 1974 recommendation, where 97.5 % of countries said they have partially or fully reflected the principles of the recommendation in education policies and frameworks. It would, thus, be important to ask countries to submit some supporting documentation.

Thirdly, the scale for reporting is relative, with countries being classified in three groups: strong progress, progress under way and more room for progress, but their score may depend more on the other participating countries than on the policy measures taken. The relative reporting also makes it difficult to assess progress over time.

These were also, among the problems highlighted by member states in the IAEG-SDGs when deciding to send back the indicator for further development, other issues raised including gender equality not being sufficiently covered and the lack of definition of global citizenship. While some of this can be addressed through reworking the questionnaire, the relative scale and classification is a question of methodology and requires some further thinking. But addressing these problems will make the indicator stronger and the reporting more informative.

Time is tight and this is a controversial target and indicator: many countries would like to avoid any international targets for or monitoring of the content of their curricula, others would like to avoid anything related to gender equality, or human rights. Some countries have asked whether the indicator as a whole should be reconsidered. The IAEG-SDGs is going to carry out a review of incomplete indicators in 2020 and those of us who are committed to target 4.7 will have to work hard supporting the methodological work and defending the indicator. Because the indicators are not simply a matter of holding governments to account for their commitment to the SDGs, but also of guiding policy and strengthening education systems. And target 4.7 is trying to sort out one of the big missing pieces in education today. 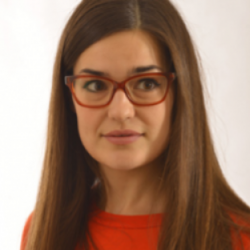 Antonia Wulff is coordinator in EI’s Education and Employment Unit.