The late world renowned South African statesman and first democratically elected President Nelson Mandela once said; “Education is the most powerful weapon which you can use to change the world”. As an educator, these words have been a driving inspiration for my overall outlook on the profession and on what its role could be in transforming society.

South Africa comes from a divided past, a past that condemned the majority of its citizens to broken families with the establishments such as the “Bantustans” meant for reserve cheap labour and laws such as the group areas act. The reality of our past has left us with a generally disjointed and compromised family structure. For decades, and as compelled by the circumstances of separate development, men and women would pack up their belongings, leave their families behind and head for the urban centres where they would sell their labour cheaply for months on end.

Single parent or even worse, child headed households became a norm and to a greater extent remains so to this day. Added to that, the household structure in South Africa, just like in many other countries has drastically been changed by the HIV/AIDS epidemic, this is according to an article titled “Child-headed households in South Africa: What we know and what we don’t”, published in the journal “Development Southern Africa” in September 2012.

There is general consensus from academia, NGOs, educators, policy makers et al that a compromised or weakened family structure will have a direct and adverse impact on the behaviour of a learner in the classroom and in society. One can safely conclude that the spate of gender based violence in our schools are as a direct consequence of amongst other factors, the compromised family structure. In the age of easier access to violent imagery and images that promote the objectification of girls and women in particular on various platforms such as social media, a solid family structure that can instil positive values and ethics is of the utmost necessity.

The patriarchal society that we live in still sees girls and women as lesser human beings. The question for all of us is, what should be our role as education workers towards the agenda to roll back the tyranny of gender based violence in our communities?

Just like the late global icon Nelson Mandela, I also believe as a gender & education activist and a trade unionist that indeed it is only through education that we can change what is a sad picture currently. The theme for this year’s Education International World Congress is, “Educators and their unions taking the lead”. I see this as an emphatic call for stern action by educators against gender based violence. In my view, educators are well placed because they can utilise the classroom as a site of struggle.

I am of the view that as a union representing such a sizeable number of the entire education personnel, ours is to inform and influence education policy and as a consequence the curriculum such that it responds to the scourge of gender based violence. The campaign against gender based violence requires a paradigm shift, it is about how we see each other as people, it is about what we perceive our responsibility to be as individuals towards the whole of society.

Most regrettably our education system just like most others in the world focuses on “ticking the box” and ultimately to produce a loyal, obedient labour force to serve the markets. It is not about the good values and ethics of humanity, what we call Ubuntu in my country translated to mean, “I am because we are”.

Education workers should be at the forefront of driving the necessary curriculum transformation because as teachers, we cannot afford to be complicit any longer to a curriculum that entrenches gender stereotypes leading gender based violence instead of doing the opposite. We have a responsibility to engage the boy child from our classrooms who should know and appreciate that girls and women are not lesser human beings, they ought to be treated with respect.

Lastly, as a woman leader in my union, a union that is almost 70 % women, I see it as my responsibility to inspire particularly fellow women members not to see themselves as permanent victims to the injustices of an inherently patriarchal society, rather, they should see themselves as people who are fit enough to be their own liberators. They should unapologetically occupy their rightful place in the union and in the society at large.

This blog is part of a series of blogs to commemorate International Women’s Day 2019, which highlight gender and education issues that are linked to the themes and sub-themes of the 8th EI World Congress, which will take place in Bangkok, Thailand July 19-26th 2019. 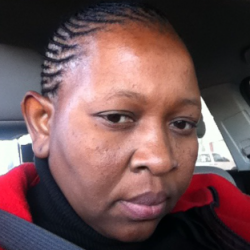 Dorcus Sekabate is the Vice President responsible for Gender in the South African Democratic Teachers Union.