Today, the United Nations High-Level Political Forum will focus on reviewing Sustainable Development Goal 8 on decent work and interrelations with other goals. We are far off track to achieve decent work for all educators. In fact, in some countries, governments are introducing policies that are worsening the employment and working conditions of educators. This blog illustrates how educators’ right to decent work is being violated in Morocco and explains what education unions are doing to defend their rights. Without decent work for educators, SDG 4 will never be achieved.

The 2030 Framework for Action, the roadmap for SDG 4, affirms that teachers “have socioeconomic and political rights, including the right to seek decent working conditions and adequate renumeration”. The Framework calls on governments to “attract the best and most motivated candidates to teaching” by, inter alia, “improving working conditions” and “guaranteeing social security benefits”. However, in Morocco, rather than improving working conditions and social protections, in 2016 the government began hiring teachers on precarious fixed‑term contracts with reduced social protections. Moroccan education unions have condemned this policy move.

The introduction of these contractual employment conditions for teachers emerged following pressure from international finance institutions (IFIs) to usher in austerity measures. This drive for reduced public spending and a trimmed-down civil servant wage bill is a dominant feature of International Monetary Fund lending programmes, not just in Morocco but in numerous other countries in the Middle East North Africa (MENA) region as well, including Egypt, Iraq, Tunisia, Yemen and Jordan. The pressure put on borrowing countries by IFIs to promote a reduction in public expenditure and labour market deregulation has been strongly criticised by the UN Independent Expert on the Effects of Foreign Debt, Juan Pablo Bohoslavsky. In a 2016 report,[1], he noted that austerity-related labour reforms reduce social protections in contravention of international human rights obligations, weaken worker protections, undermine collective labour rights and contribute to an increase in inequality.

In Morocco, 55,000 teachers are hired on precarious contracts, representing almost 30% of the teaching workforce. Teachers employed on these contracts can be fired without notice, compensation, or recourse for “making a mistake” (what constitutes a mistake is not defined in the contract). They receive only two weeks of training after their university studies (as opposed to one‑year school‑based training), few opportunities for promotion and no clear career pathway. They do not enjoy the same healthcare or pension benefits as teachers employed as permanent public employees. Though they have the same starting salary as permanent teachers, there is clearly a deep inequality within the workforce, as teachers on contracts lack basic labour rights and job security. Eighty per cent (80%) of the teachers who work under contractual conditions are less than 30 years old, and according to representatives, they felt coerced into accepting the poor employment conditions due to a lack of alternative employment options (23.2% of Moroccans under 30 are unemployed).

In 2019, teachers’ unions have been coming together to protest the precarity of their employment conditions. On 20 February 2019 (the anniversary of the Arab Spring), thousands of teachers took to the streets peacefully in Rabat to demand the government respect their labour rights, but they were met with violence as security forces fired water cannons and charged at teachers with batons, injuring dozens[2]. This was followed by cross-union strikes of an unprecedented scale, with over 70,000 teachers laying down their tools for over three weeks. On 23 March (the anniversary of the student protests in 1965 that resulted in several deaths), over 10,000 teachers protested in Rabat to demand change. The National Coordination of Forcibly Contracted Teachers (NCFCT), a group formed in 2017 to represent contract teachers, calls for legal due process for teachers facing dismissal, protection of the right to strike, periodic pay increases, increased teacher training, improved student transport and construction of more schools.

Moroccan unions are also joining together to oppose Law 51-17, which implements the government’s “2015–2030 Strategic Vision”. Articles 45 and 48 of the law impose school fees at secondary schools and universities, undermining free public education. The Casablanca declaration[3], signed by three national education unions[4], condemns the government’s failure to implement SDG 4 and the increasing privatisation of the education system, which is illustrated by the hiring of teachers on precarious contracts, imposition of tuition fees and decentralisation of teacher employment. The 2019 amendment of teachers’ contracts gives more power to local authorities (“regional academies”), and teachers fear they will become subject to the employment conditions of the private sector.

For every student to be taught by a qualified, quality teacher, governments must make teaching a more attractive profession for young people. Moves to deregulate the teaching force and employ teachers on fixed-term precarious contracts contribute to the growing global teacher shortage. This case study in Morocco illustrates the harm that can be done by IFI loan conditions that push austerity policies related to the public service workers. Labour rights are violated, and inequality only increases. Furthermore, it demonstrates that if governments fail to listen to teachers’ concerns, teachers will exercise their right to strike, and students therefore suffer the effects of reduced learning time.  If SDG 4 is to be achieved, governments such as Morocco must urgently strengthen mechanisms for social dialogue with education unions and ensure that teachers are involved in developing education policies, including making decisions on teacher employment conditions. If teachers are involved in developing such policies from the beginning, not only will implementation be smooth, but the policies developed in collaboration with teachers will also be more likely to prove effective in recruiting high-calibre candidates to the teaching profession.

Note: In 2015, governments committed to achieve inclusive, equitable, quality education for all by 2030 (Sustainable Development Goal 4, SDG 4). Four years later, the world is severely off track to achieve the goal. This mini blog series illustrates some of the many obstacles to the achievement of SDG 4, from the point of view of teachers and education support personnel.

Download “Off Track: Educators Assess Progress Towards SDG 4” here and the summary in FRENCH, ENGLISH and SPANISH. 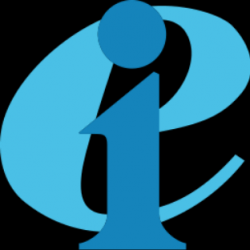