As part of the blog series critiquing the World Bank’s Systems Approach for Better Education Results (SABER) initiative, I examine some of the more problematic aspects of the Bank’s claims that 1) they are representing a consensus on engagement of the private sector and 2) that they are not pursuing an ideological agenda regarding the same.

Gita Steiner-Khamsi, professor at Columbia University stated recently that the private sector in education is not going anywhere, and as such, it will be necessary to address it and engage with it (Brehm, 2019).The World Bank’s SABER - Engaging the Private Sector (SABER-EPS) domain purports to do exactly this, and according to the domain report, it does so in an objective and fact-based manner. The report repeatedly states that the Bank does not seek to prescribe policy, but rather to simply provide information, stating that “the goal of this paper is not to advocate for private schooling, but to outline the most effective evidence-based policies that governments can use to orient these non-state providers toward promoting learning for all children and youth” (p. 5).

As the previous blog posts in this series (seen here and here) have shown, these claims of both impartiality and objectivity of evidence are a thin veil covering a very clearly ideological agenda in line with years of policy recommendations which have pushed towards privatization, decentralization, and market-based reform. In the case of SABER-EPS, the supposedly impartial report and its “consensus of best practice” (p. 12) evinces a clear push towards increased presence of private actors as a first option for provision of education, one which does not represent any sort of consensus of best practice or of available evidence.

Though briefly acknowledging criticisms that private education exacerbates social inequities, represents government abdication of responsibility of education provision, and favors economic over academic interests (p. 15), SABER-EPS argues that after an exhaustive review of all available evidence, and building off of the 2004 WDR, there are four clear policy goals which represent a consensus of best practice regarding engagement with private sector actors in education. These are 1) encouraging innovation by providers, 2) holding schools accountable, 3) empowering all parents, students, and communities; and 4) promoting diversity of supply (p. 12).

While the first three of these can be seen as part of the typical rhetoric around education reform, it is the final goal which shows a very clear ideological bent here. As the SABER-EPS report itself acknowledges, under existing legal frameworks, it is the responsibility of the state to provide education for the citizenry. Yet the SABER-EPS claims that it is only through expanding the network of provision to include private actors that it will be possible to provide education for all, particularly for developing countries (p. 26). Furthermore, the report claims that “government support of private schools has also been shown to be a wise investment…Full financial support of private schools increases the incentives for providers to enter the market” (p. 28).

Indeed, turning to the country reports based on SABER-EPS, this becomes even clearer. Ten countries have so far been examined using the SABER-EPS framework- Bangladesh, Ghana, Malawi, Mauritania, Nepal, Nigeria (Lagos State), Senegal, Swaziland, Tanzania, and Zambia. The Bank recommends expanding private provision of education in nine of these (all but Zambia), recommends expanding state funding of private education in eight (all but Swaziland and Zambia), and recommends reducing regulation of private education in six of the ten countries (not Bangladesh, Mauritania, Swaziland, or Zambia). Indeed, in the recommendations for Nepal, the Bank states that the state should in fact “provide startup funding or other incentives (e.g. public land/buildings) to promote increased supply of post-primary opportunities in underserved areas… consider removing tuition caps for private providers… include for-profit schools in government funding programs for post-primary schools” (p. 24).

It is thus clear that although the EPS report claims that “the goal of (SABER-EPS) is not to advocate for private schooling” (p. 5), it is very much in favor of expanding private provision of education, even if it means that the state needs to provide incentives to do so. The Bank justifies this by stating in the SABER-EPS report that there is “positive, if not overwhelming, evidence suggesting that increased choice can improve the performance of school providers – both public and private” (p. 27).

However, the evidence base supporting increased private provision of education is shaky at best. Findings from Chile suggest that increased focus on school choice actually leads to the highest levels of school segregation throughout the OECD (Honey & Carrasco, 2019). Furthermore, supposedly expanded choice is constantly bounded by geography, social class, sunk costs, and social capital. There is no actual consensus that private actors in education are any more efficient or effective than public ones (Malouf Bous, 2019), something which could perhaps be better stated in the Bank’s own words in the 2018 World Development Report: “there is no consistent evidence that private schools deliver better learning outcomes than public schools” (p.176). Indeed, studies remain mixed as far as actual effects of private schooling versus public schooling (Baum, 2018; Benveniste, Carnoy, and Rothstein, 2003; Lubienski & Lubienski, 2006; Verger, Fontdevila, and Zancajo 2016).

Despite this, the Bank’s SABER team feels confident that there is somehow an established consensus that a country is “latent” (i.e., backward) and in need of correction if it restricts private school fees (p. 56), regulates charter schools (p. 66), and does not subsidize private schools (p. 62). Such statements show a clear bias in favor of privatization and a clear disregard for the existing evidence surrounding private schooling in general.

Given this clear push towards a privatization of education where possible, perhaps the title of this domain might be better rephrased as “Embracing the Private Sector,” since most recommendations the Bank makes here seem to do exactly this.

The World Bank’s Systems Approach for Better Education Results (SABER) assesses education systems against “global best practices”, judging countries as latent, emerging, established or advanced in their policy maturity. Though SABER has been around since 2011, it has not yet received much critical scrutiny. This 4-part blog series analyses SABER, pointing out the fundamental flaws in both its conception and application.

Verger, A., Fontdevila, C., and Zancajo, A. (2016). The Privatization of Education: A Political Economy of Global Education Reform. New York: Teachers’ College Press. 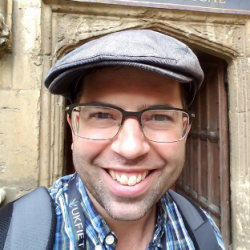 Brendan DeCoster (@therealdecoster) is a doctoral candidate in International Education Policy at the University of Maryland. His research interests focus on academic integrity, particularly among international students, as well as language policy in development and corruption and integrity in research and development.