From Yemen, where the war has been going on for five consecutive years, I am addressing you on the 30th anniversary of the adoption of the UN Convention on the Rights of the Child. As a teacher and a trade unionist, I want to tell you about the short and tortured childhoods in my country, and about a generation of students who are swept from their school desks to their coffins.

Millions of children live in this country. They are the children whom the international community has failed to protect. One million of them have been deprived of education, 1,300 were shot dead, 600 were killed by cholera, 5,000 were abused, and 1.5 million were displaced and became homeless. Two million children are still living in conflict-ridden areas and are suffering from malnutrition, poverty and disease.

Yet the protection of children during war time is enshrined in international humanitarian law.The international community must intensify its efforts to create safe learning spaces in Yemen to live up to the standards it has set for itself. Education cannot be postponed indefinitely by conflict. The new generations needs the tools education provides in order to rebuild their communities and country.

Despite the years of disappointments, we, as an education union, have declared our full commitment to supporting international conventions on children's rights, as a national and humanitarian duty.We have repeatedly asked all teachers to go to schools even though they are not being paid, in order to protect this generation from loss, illiteracy and the point of no return.Because the lack of education, despair and hopelessness create the ideal conditions for extremism among children.

One of the disastrous consequences of the ongoing conflict is the displaced generation of children without education. These innocent children find themselves not only displaced, but also prevented from receiving proper education, which raises the probability that they will be recruited to fight.Hundreds of them died in the war fronts, and those who live do not have the opportunity to learn and develop the necessary skills to become active in society.This displaced generation of children holding rifles will be the tragedy of Yemen in the future.

Education in Yemen has been used as a means to exert pressure by the warring factions. The project of dividing Yemen will affect both the unity of education in Yemen and the social harmony of our society. The continuous pursuit to politicise education in Sanaa poses both cultural and intellectual risks for students. The attempts to re-adjust the school curricula to serve a sectarian agenda will change the social fabric, will deepen the country's cultural and intellectual divide, and produce a generation of millions of children trapped by sectarian and regional ideas, in addition to a culture of violence and hatred.

Therefore, the international community must speak out against the politicisation of education, it must work to bring the conflicting parties together to agree that education must continue being civic and national in character, with a curriculum that builds peace and stability for future generations in Yemen.

At the same time, the protection and reconstruction of education in Yemen can only be achieved through a global and regional support system.Education in Sanaa and several governorates has become a tool for sectarian mobilisation and an affluent tributary to war, because thousands of children and boys in public education have been mobilised and recruited to fight. These children changed libraries and classrooms for battle fronts. As things stand, the output of education is no longer concerned with life, work and peace; it is more about violence and hatred.

We, as the Yemeni Teachers Union and a member of Education International, are committed to defending the right to education in conflict zones and consider education as an essential building block in the recovery of Yemen. We have urged the international community to support this right as an integral component of humanitarian assistance.We called on the parties to the war in Yemen to abide by international law and respect civilians and civilian institutions and not attack teachers, students and educational facilities.We have launched initiatives with a range of international and national organisations and local partners that aim to reach the children who are the most affected by the war in Yemen.

As an institution, we seek to take concrete actions to prevent attacks against education in Yemen, and to respond more effectively to such attacks, should they occur, in addition to ensuring access to education for all children, not only for the sake of education itself but also for the full protection that these safe schools can provide for the children.Safe schools can protect children from recruitment and even bring families and communities together. Going to school can help children withstand the daily stress of being exposed to armed violence.

On the 30th anniversary of the Convention on the Rights of the Child, we are making an international appeal for stronger legal protection with greater institutional cooperation, in the form of a network of solidarity among institutions around the world, to deter the targeting of education and its institutions in Yemen.

We hope this humanitarian appeal will motivate states to support the right of the child to education during crises and conflicts, as an integral component of humanitarian assistance.

20 November 2019 marks 30 years since the adoption of the UN Convention on the Rights of the Child. To celebrate the anniversary of one of the most widely ratified human rights treaties in history, we are publishing a series of blogs showcasing the work and commitment of education unions to support children’s rights, in particular their right to education. With many children and young people still out-of-school, our work is far from over. Read the full Statement of our General Secretary, David Edwards.

“Covid Story Will End with Equity and Leadership”, by David Edwards. 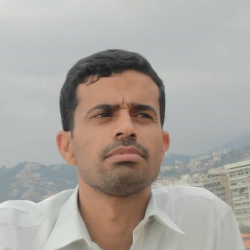 Yahya Al Yanaie is the Head of Communications of the Yemeni Teachers Syndicate (YTS).