I have learned much from children during my career as a teacher. I would like to share a lesson on inclusive education I learned from what happened to a girl student.

My original advice was, “It would be better for Sakura[i] to be registered in a special needs education class when we consider her future.”

This was related to our discussions on Sakura’s registration for the next school year. Competency and skills to live in society are necessary rather than so-called ‘academic achievement.’ For that, it would be better for her to study in a special needs education class where she is able to receive curriculum adjusted for her and receive one-on-one support.

She was in the 4th grade of elementary school when I first met her. During the previous school year, her class had been chaotic because of discipline problems. I became the class teacher. But reflecting back on Sakura from that class, I remember that she was lively and had big smiles on her face and that classmates were good with each other on challenges including academic difficulties. They were often students who did not understand what to do next and who had problems listening to and understanding teachers. She and the others worked together and created a friendly climate in the classroom. Looking back now, I understand that the children made their own inclusive environment.

When we first discussed about Sakura’s class for the next school year, we decided to watch her progress in regular classes for one more year. Another consideration was that her parents were opposed to special needs education for her.

So, she was to remain in mainstream education, but I had almost no knowledge of ‘inclusive education’ and ‘reasonable accommodation’ although I was Director of Youth Department in my prefecture. I had opportunities to learn about such issues as a member of the Japan Teachers’ Union Youth Department Committee, but I did not see them as challenges that would be facing me.

When Sakura was a 5th grader, she often had difficulties with academic and school life even with the support of friends. A medical, “treatment” approach that, in effect, separated her from the others prevailed over an inclusive education approach. It made me impatient and I forced her to do academic tasks as much as her peers to catch up them rather than factoring in and accommodating her difficulties. Finally, it confirmed my original conclusion that she would not make it in regular classes. I had a feeling of being trapped, but I forced myself to believe it would be best for her future.

Her parents had a meeting with me and understood my suggestion, and it was decided that she would move to special needs education class as of 6th grade. She had occasional opportunities to study with previous classmates in exchange programs (only 2 classes a day), but her relationship with them became different since her new class teacher and supportive staff always stayed with Sakura. That gave special needs support, but inclusiveness, which might be more important, was lost. I will never forget her tears when I told my class about her transfer.

Now I learn things everyday as Director of JTU Youth Department. I learned a slogan associated with  the UN Convention on the Rights of Disabled Persons ‘Nothing About Us Without Us!’ I wonder to what extent I could listen to Sakura. If I had known about ‘inclusive education’ and ‘reasonable accommodation’ at that time, I would have been able to make a different suggestion. I still have a regret because I failed to learn this approach before this happened.

My term as JTU Youth Director is closing and I keenly realize that it’s important to have as much knowledge as possible as a teaching profession. I am able to suggest options on quality education with knowledge to children, parents and peers. Our busy days cannot be a reason to stop learning. I would like to pursue making my class built on the ideas of ‘learn together’, ‘support each other’, ‘help each other’ and a ‘place for each of them.’ My regret encourages me to build such classes for new children who I will meet. It is that to which I look forward.

[i]Her real name was changed to respect her privacy. 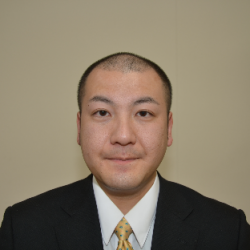