COVID-19 is a world-wide fear and a tremendous threat in every area of our lives. It affects everyone in the world. The scenes being captured look very familiar to us in a sense. They look like scenes from movies, but sadly this is a real and unprecedented situation in human history. Every country is facing this challenge, though the scale of damage differs. As no single country can solve this problem, collaboration among countries is the only way to overcome this pandemic.

In South Korea, the first confirmed case was reported on January 20th, as in the United States, and the Korean Center for Disease Control & Prevention (KCDC) immediately changed from ‘attention status’ to ‘caution status’ in terms of emergency level. The swift and effective government action could minimize the impact of the virus. Until February 19th, just 29 confirmed cases had been revealed with no death toll. Many people on the street started to take off their face masks because the number of confirmed cases was small and people’s concerns shrank. Koreans believed the outbreak would soon end. But the situation started to change dramatically.

On 19th February, a mass outbreak began among a religious group called ‘Shincheonji’’ in ‘Daegu, a city located in the southeast part of the nation. The members of the religious group had been in contact with a so-called “super-spreader”, the 31st confirmed patient who joined the worship at the church. She contacted numerous people in the church and in a funeral home. On February 23rd, the KCDC raised the alert level to ‘severe’, which is the highest one. The confirmed cases started to increase in number in geometric progression. On 26th February, there were 1146 confirmed cases and 11 deaths. South Korea became the country with the second largest number of patients, following China. At that time, there were 77,658 confirmed cases in China, and 53 confirmed cases in the US. Because of the rapid spread of the virus, the government initially postponed school openings from March 2nd to March 9th, and then extended the postponement to March 23rd. School openings were again delayed, to April 6th. As of April 20, there are a total of 10,674 confirmed cases, 8,114 cured cases, and 236 deaths caused by COVID-19 in South Korea. According to the KCDC, the country’s new virus infections are staying below 20 a day.

For the Ministry of Education, the opening of schools was one of the biggest concerns, and it could not be postponed any longer because parents and students could not be waiting indefinitely. Especially, 12th graders should prepare for the university entrance exam, and 9th graders should be ready to enter high school. On the 31st of March, the Ministry of Education announced that school building closures would continue unless the spread of the virus was kept under control, but nationwide distant online classes would start for 12th and 9th graders on April 9th, and then other grades would start online classes a week later on April 16th. Beyond the digital divide

South Korea has a very strong and stable internet network throughout the country. Teachers’ techniques in using various ICT modes are excellent. When the Ministry of Education announced the introduction of online classes on March 31st, teachers and parents were surprised by the news, but teachers soon started to prepare for their online lessons because we have socially developed online tools applicable to the new circumstances. For students, most already have electronic equipment such as a smartphone, laptop, desktop, or tablet. In my school, all the 1,000 students have an electronic device for online learning and teaching. South Korean teachers are coming up with new ideas and techniques to use in online settings.

However, there is a strong concern among teachers. If online classes continue, this can directly affect students, especially poor students. We do not worry about the digital divide much, but we worry about the socioeconomic divide among the students. If a student has a “better” socioeconomic background, their parents can provide more care to their kids by hiring private tutors who will manage online classes with students, or they can send their kids to expensive private tutoring centers, which will help the students follow the online classes. In the meanwhile, poor students will be left alone at home without any care because their parents must work for a living. The same situation can be observed between rich urban and poor rural areas. Education fundamentally entails face-to-face interaction. Even though some digital devices can provide supplementary materials, human beings should meet to learn with and from each other.

In South Korea, teachers are in a stable position compared with other workers. Regardless of the mass outbreak of the virus and the closure of the school buildings, teachers’ salaries were not changed but remained fixed according to the seniority-based payment system. However, the situation of education support personnel, mainly school cafeteria workers, is not comparable. They don’t get paid during school vacations, and schools were to open on March 2nd. This has been delayed. School cafeteria workers were faced with living difficulties because they have to work to make a living. The Korean Confederation of Trade Unions (KCTU), including teachers’ union and ESP unions, strongly raised this issue, and we pushed the government to take a necessary measure. The government recognized this as a serious situation and came up with a solution. The government asked school cafeteria workers to come to school from March 23rd. Cafeteria workers are now preparing for the reopening of schools by cleaning cafeteria facilities and by receiving additional training.

After the mass outbreak of COVID-19, the Korean Teachers and Education Workers Union (KTU) launched a fundraising campaign for students, parents, and education support personnel who were negatively affected by COVID-19 in Daegu. Within a week, approximately USD 100,000 was gathered by the campaign. The KTU donated the funds to students, parents, and education support personnel in need. The KTU has worked with national and regional education authorities in various ways such as through consultations, joint statements, and curriculum settings. The teachers’ union has been playing a crucial role in this pandemic situation by acting as a bridge between the Ministry of Education and teachers. Since school buildings have been closed since March 2nd, the KTU continues to speak for teachers’ preparing for the urgent caring for young students and for online classes. Many foreign media have praised South Korea’s approach to tackling the virus. In February, South Korea had the second largest number of confirmed cases and deaths, but now we have a small number of confirmed cases and mortalities. Everybody agrees on this point. One reason is that people are not worried about the check-up or hospitalization because all South Korean people are covered by the nationalized medical insurance program, and because many people believe this government will protect them. A strong public health care system is crucial to fighting the pandemic. We are now enjoying the victory of a strong public nationalized health care system. Like a strong public health care system, a strong public education is also vital for future generations. Our health and our education are much more important than the profits of greedy corporations. Now it is time to ask what a nation should exist for. We must consider this.

“COVID-19 crisis: the education situation in Italy”, by Rossella Benedetti. 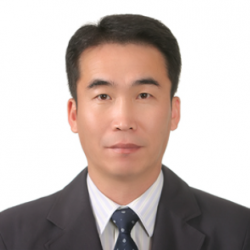