The Greek god Kairos represents an opportunity to be seized in the guise of a young man who is naked, but sports a tuft of hair on his head. When he comes within our reach, one of three things can happen: we do not see him; we see him but do nothing; or, as he’s passing we reach out and “grab the opportunity by the tuft of its hair”. Let’s attempt to view this devastating pandemic like a kairos: an opportune moment, a breach in the regular order of things, in order to assess the tangible from another angle and find new ways of shaping our reality. We must seize the opportunity to change the world order and make it fairer.

If we are to see this aspiration to seize the moment for change realised, based on our experiences of the Covid crisis, we must tackle the obvious: we have to enhance the status of female dominated occupations and, in the field that concerns us, education sector occupations.

In a column published on 18 April in French newspaper Le Monde, a group predominantly made up of women researchers, economists, sociologists and political analysts called on the French government to take action, saying “We must enhance the status of female dominated jobs and careers”[i]. The brainchild of economists Rachel Silvera[ii] who is also a very active member of the CGT’s confederal women and gender diversity group, and Séverine Lemière, economist at MAGE (Marché du Travail et Genre [Labour Market and Gender Network]), this column, supported by all of the trade unions, various political party members and a great many female and male researchers, aims to spread the conclusions that Rachel Silvera has been using to inform our demands for several years now, as widely as possible. Jobs done predominantly by women are less well paid than jobs of equal value done predominantly by men.

Article L3221-2 of the French Labour Code stipulates that: “All employers shall ensure their female and male employees receive equal pay for equal work or work of equal value”. “The 1983 law on occupational equality defines the concept of equal value and stipulates that ‘for jobs to be considered of equal value they must require from employees comparable levels of professional knowledge (as attested to by a degree, qualification or period of professional practice), skills gained from experience acquired, responsibilities and physical or mental loads’. It thus makes it possible to implement equal pay between jobs that are different but considered of equal value. And therefore to compare the value of occupations that are heavily dominated by women with that of other jobs performed mostly by men”, the column states. Jobs done predominantly by women, however, are far less well paid than those done by men: a French nurse or midwife is paid less than a hospital electrical technician. In fact, skills predominantly required of women, relating to caregiving, education, and sales are less well recognised in our society, whose values are still highly patriarchal, than are technical skills.

For the emancipation of women: an enhanced status

To rectify this unjust social order, what’s needed is real political will, something that the Covid crisis, which has highlighted the need for and the value of these jobs to the general public, can only substantiate. It is here that the government must seize the opportunity to enforce the law and, as the CGT is demanding[iii], increase salaries, recognise the onerousness of the work being done and improve working conditions. To be proactive, it must set goals in terms of occupational gender diversity. Investing in the care economy means creating jobs and improving the quality of these jobs, but also emancipating women from the tasks that they usually undertake for no compensation, while notably supporting their families, at the risk of doing several days work in a single 24 hour period. This has also been brought to light by the Covid crisis, with many women required to work from home while simultaneously looking after the housework, their children and family. Investing in the care economy is profitable, as shown by the study carried out by the International Trade Union Confederation “Investing in the Care Economy.A gender analysis of employment stimulus in seven OECD countries” (March 2016): investing 2% of GDP in the care economy in only seven countries would make it possible to create over 21 million jobs and help countries face the double challenge of an ageing population and economic stagnation.

Around 800,000 women working in the French education system are affected, some of them teachers, some of them not: it is of course understood that the State which pays them must increase its budgets to do this properly. But it must also reverse the trends we’ve seen in the last few years towards greater job insecurity in these female dominated occupations. And this is exactly what the CGT’s Fédération de l’Education, de la recherche et de la Culture [French Federation of Education, Research and Culture] is demanding. In 2018, as the comparative situation report shows[iv], while the number of state Education sector workers rose by 2.1 % overall, this was accompanied by a rapid increase in job insecurity: we saw an increase of 35.7% for AESH staff (handicapped pupil support workers) and 11.8% for teachers lacking civil servant status. Being a teacher without civil servant status means not only losing out on the job security that comes with having this status, but more significantly being underpaid for work of equal value. Consequently, the State as employer must reinvest in education, care work, cleaning and sales; fields that it has been treating with the greatest disdain for so many years, and, instead of medals or derisory recognition awards for their life-risking work, work to enhance the status of these female dominated occupations through a carefully controlled implementation programme.

Because in France, women employed in these female dominated occupations, suffer this discrimination combined with other forms of frequently observed discrimination. For example, after tax, female primary and secondary school teachers earn 313 euros less per month than their male counterparts. They receive fewer bonuses and are paid less for overtime[v]. When appraised, the majority are only deemed to be, “highly satisfactory”, whereas their male counterparts are, for the most part, deemed to be “excellent”[vi]. In an attempt to remedy this, but without ever considering paying even partial compensation for the income lost by women over their careers in the state Education sector, the government has put in place a number of “action plans”, that each government department must put in place before the end of 2020. But the Covid crisis could be catastrophic for women, since the obligation to implement these action plans will not be effective until the last quarter of the following year. Is this how we recognise their professional contribution during this crisis?

The case for massive State investment in jobs done by women

At a time when the CGT is actively participating in an initiative involving a great many organisations including the trade unions, “ Plus jamais ça, le jour d’après, Défendons ensemble des mesures urgentes et de long terme pour la justice sociale et climatique ” (Never again, the day after, Let’s work together to defend urgent and long term measures for social and climate justice) and fighting for the government to invest in public services and cease considering the salaries of civil servants as an adjustment variable[vii], the French State must take action and seize the opportunity to create a fairer world. This is also what Esther Duflo, Franco-American Nobel Prize-winner in Economics, is advocating. She maintains that if governments are reluctant to spend today, the crisis risks becoming “more deadly, and from a strictly financial point of view, more severe”. She continues: “In the face of a serious crisis in demand, like the one we’re facing today, an injection of resources into the economy is needed”, which is based, for governments who can do this, on “massive borrowing to stimulate the economy as much as possible”[viii]. But stimulating the economy doesn’t mean supporting the banks, but choosing to invest in the economy of female dominated jobs. The women politicians and trade unionists of the “coronaviril” movement demonstrate this very well. They are speaking out against a form of political and media chauvinism which bolsters male voices to the detriment of women’s engagement in the post-Covid reality. With this, they contrast the necessary recognition of women’s research work and policy proposals. Sophie Binet[ix] and Rachel Silvera of the CGT’s women and gender diversity confederal group are contributing to this for our union. Rachel Silvera, who had already bemoaned “the quarter less” earned by women in France[x], provides scientific evidence for the necessary enhancement of predominantly female occupations, and highlights the positive economic and social consequences of such a contribution[xi].

We are truly right in the middle of a crucial, “Kairos” moment: we must work out how to seize this opportunity to live in a better world that is fairer; fairer for women and improve the status of female dominated occupations.

This article was written by Pauline Schnegg, for the French Federation of Education, Research and Culture’s women and gender diversity group.

[iv]2018-2019 Comparative situation report regarding occupational equality between women and men by the Ministry for National Education and Youth.

[vii]Jean-Marc Canon: “The civil service should no longer be an economic adjustment variable”) (video).

[viii]France Inter, Tuesday 31 March 2020, Esther Duflo: “A crisis of this magnitude will lead to the reconsideration of various aspects of the economy”.

[ix]Sophie Binet is confederal director of the CGT, where she is in charge of gender equality. She is also deputy secretary general of the CGT des cadres et techniciens (UGICT-CGT).

“Joined up Action Needed: Gender and Schooling in the Time of COVID 19”, by Elaine Unterhalter. 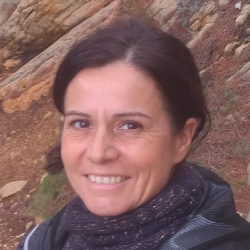 Pauline Schnegg is a graduate of Contemporary Literature and teaches in a secondary school in Montpellier. She is also a teacher trainer, training teachers of literature and providing feminist education at the CGT. As editor in chief of the CGT éducation publication "Perspectives, éducation, formation” [Prospects, education, training], she coordinates women’s interunion meetings (CGT-FSU-Solidaires), leads the FERC (fédération de l'éducation de la recherche et de la culture CGT) women and gender diversity group and is a member of the confederal women and gender diversity group.