In the research study, conducted in 2018 and 2019 “EI/AOb Child Labour Projects: Transnational best practices and union impacts”, I examined how professional training programmes have enhanced teachers capacity to attract and retain children in school through participatory education techniques and how as a result of the child labour projects, unions have formed stronger alliances with local and national education authorities to advocate for quality public education. When schools reopen after the COVID-19 pandemic, these skills and methods will be very useful as teachers and their unions encourage parents and the wider community to send children back to school and to hold governments to account to provide the necessary resources for the public education system.

On field missions for the research study on “EI/AOb Child Labour Projects: Transnational best practices and union impacts” I had the privilege to visit Albania, Mali, Morocco, Uganda and Zimbabwe over the course of eight months. Whether talking to a primary school teacher in a small rural school in Western Uganda or the National Director for Primary Education in Mali, I found the child labour projects were a source of great personal and professional pride and a unifying force for change.

In the first place, through the EI/AOb professional training programmes, teachers have been given new skills and a new voice and education authorities recognise the immense value of this training.

The programmes were developed by the teachers’ unions in cooperation with universities, education institutions and NGOs, and in some cases with inputs from the ILO.  Unions had developed their own course handbooks and materials, with a focus on children’s rights, with particular reference to the Convention on the Rights of the Child (CRC) and ILO standards on the minimum age of employment.

The courses were tailor-made, based on participatory learning methods, and through a training of trainers system, offered continuous support. They combined both theory and practice, explaining definitions of child labour and international standards, the pedagogy of child development, how to communicate with children and encourage classroom participation and the use of positive disciplinary methods. Courses often concluded with teachers preparing and giving a practice lesson to the other participants and receiving constructive feedback.

Many teachers and union leaders reported that before the training courses, they had been using traditional learning methods and viewed their role as a ‘provider of knowledge’. They stated that in pre-service courses at teacher training colleges, they received little or no information about the CRC, the ILO standards or indeed child labour issues generally. Also in the countries visited, continuous professional development opportunities were not readily available. So the courses had proved extremely motivating.

“I feel the trainings have changed my life because of the things I did not know – on guidance and counselling, research and my ways of assessing children”. Woman Deputy Head teacher, Erussi, Uganda.

Teachers consistently expressed the view that after the courses they felt better equipped and more at ease in the classroom because of the new participatory tools they could use which the students appreciated. In this way, it was much easier to attract and retain children in schools.  Many teachers stated they felt they had assumed a new mission as a ‘change agent’.

“…I like to say we have given a new soul to our children.  Two years ago many children did not want to come to school… We have seen that the students who were very tense have changed their behaviour. The teacher has changed the way of giving a lesson and communicating with the children and we have seen a psychological development in the children. We also have a rising curve of improved academic results.” Mohammed Dounas, Head teacher, Hanz Ibn Abdmotalib School, Fès, Morocco

In Albania and Morocco, although external funding for the child labour projects had ended, the teachers who had participated in the professional development courses were continuing to use their skills and competencies to train other teachers. The Moroccan union, SNE-FDT, noted that while the school administration was constantly changing, teachers provided the continuity and ensured the implementation of the new practices.

The child labour projects have also resulted in a significant change in the quality of the relations between the unions and local, and sometimes national, education authorities. Unions described how they are no longer viewed by education authorities in the traditional adversarial role of management/union.

“Today when you drive with the UNATU vehicle, it is in the village vocabulary, it is well known in Erussi and Zombo… The child labour project has washed the face of the union from the old perception that it is always agitating for strikes and industrial action.” UNATU National Representative for West Nile Region, Mori Samuel Sidoro, Uganda.

Union leaders have found that the child labour projects have quite literally opened doors that seemed previously permanently closed. They explained that many niggling administrative issues, such as facilitating birth certificates so children could be registered at school, and union-related issues, such as payroll issues and the collection of union dues, have become much easier to resolve. These changes can at least in part be attributed to the improved status of union leaders with the district education authorities and local government generally. Many head teachers, local education authorities and indeed officials within the Ministry of Education all spoke about how their relations with the unions had improved.

“The district education authorities have also changed their perceptions of the union. Now, whenever we have a training event, they clear the participation of the teachers and they facilitate our presence in the area. The District School Inspector provides a lot of support. In fact the District Child Protection Committee perception as a whole has changed. I remember the first time we went to introduce ourselves, they were tensed up.  But now they are very open and supportive.”  Angelina Lunga, ZIMTA child labour coordinator, Zimbabwe.

In turn, unions report they now have new opportunities to discuss issues such as the impact of salary arrears on educational standards with local authorities from a position of shared advocacy for children’s welfare. They talked of becoming partners at the table, consulted by the local education authorities, and benefitting from much greater respect from parents, local NGOs and local politicians. Though this was not universal, in some instances, relations with the Ministry of Education had also improved.

“The results of the project have been very good and we see there is now a great difference in the way we are treated by the education authorities, the local authorities, even the Governors of the Regions and the Provinces. It is now a relationship of respect.” Abdessadek Rghioui, General Secretary, SNE-FDT, Morocco.

Union leaders in all the countries visited consistently noted this change of attitude and how in turn it had reinforced the interest of teachers to join and participate actively in the union. In the zones where the child labour projects have been implemented, there has been a remarkable increase in membership, in some cases as much as 40% increases.

In these ways, the projects are contributing not only to the elimination of child labour but also to the wider issue of strengthening alliances and advocacy for inclusive quality public education.  This enhanced political space for social dialogue has also brought many tangible results in terms of the union’s capacity to organise and serve its members. In turn, teachers are proud to be involved in the fight against child labour, more likely to join the union and become more committed and active members.  So in these ways the child labour projects have strengthened unions and they are better equipped to face the multiple new challenges posed by COVID-19 and school closures.

“Preparing for a post-COVID-19 world and working to prevent student dropout: good union practices in the fight against child labour”, by Samuel Grumiau and Pedi Anawi. 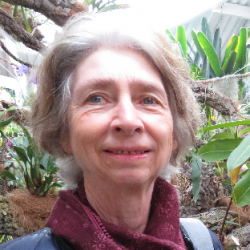 Nora Wintour, a former international trade union official, is now an independent researcher, writer and policy advisor on industrial relations, labour rights and equality and non-discrimination.  As well as the research study on “EI/AOb Child Labour Projects: Transnational best practices and union impacts” (2019), she has written a number of publications on child labour, including ‘Resource Guide on child labour and education for all’ (Education International 2013) and ‘Trade Unions and Child Labour’ (ILO 2016).  One of her most recent studies ‘Collective Bargaining and Gender Equality’, (Agenda Publishing 2019), co-authored with Jane Pillinger, focuses on gender equality and equal pay.