According to the ILO, there are over 150 million child labourers worldwide. Conscious of this challenge and keen to promote the right to a quality education for all, EI members in thirteen countries have initiated programmes to eradicate child labour with the support of EI and its partners. While there is a risk that there will be an increase in school dropout rates and child labour because of the covid-19 pandemic, the good practices identified in these programmes are potential solutions.

Under these programmes[i], “child labour free zones” are established within communities and groups of villages. All those involved work together towards the systematic elimination of child labour and the reintegration of children into full-time formal education. Participants include teachers, parents, trade unions, NGOs and local organisations, the local authorities, religious leaders and employers. In this type of project, no distinction is made between the different forms of child labour: the aim is for the whole population to come to see a child’s education as something that cannot be compromised.

The teacher union involvement generally begins with training staff in the area concerned: informing teachers about the legislation on child labour, the difference between child labour (which is illegal) and socialising work (which does not interfere with schooling, but rather contributes towards the acquisition of skills); promoting child-centred teaching; and helping them communicate with children, parents and the community on the dangers linked to child labour…[ii] In some countries, such as Burkina Faso and Nicaragua, pedagogical circles are set up between teachers who have completed union training and others who have not, to improve the quality of education in each school included in the projects.

Once this training has been completed, one teacher in each of the area’s schools is designated point of contact and coordinates the actions to be implemented to prevent school dropout and persuade child labourers to return to school and stay there. In some countries, this is done by involving students through, for example, the creation or development of school clubs that fight against child labour.Through cultural activities such as dance, street theatre and singing, the members of these clubs raise awareness about the consequences of child labour and the importance of education. They pass on information to schools about children who are not attending, so that teachers can get in touch with the parents.

Gela Maria Cardenas, a teacher in La Dalia, Nicaragua, where the trade union CGTEN-Anden is unrolling its project tells us that “Before the project, we had little communication with parents, or even with students.  We have learnt to speak to parents, visiting them at their homes, which has built their trust. There has been a change in mentality within the community. Parents used to think that child labour was normal, but now they understand that making a child work is detrimental.”

Making school more attractive is at the heart of EI’s anti-child labour projects. This will partly be achieved by eradicating corporal punishment, something that Uganda is currently working towards, with the trade union UNATU offering training to teachers in the Erussi area (a sub-region of the West Nile) on alternative forms of discipline. Many projects also attach great importance to the celebration of traditional culture (music, dance, and games). Nahass Hamid, coordinator of Moroccan trade union SNE-FDT’s anti-child labour project highlights the fact that “These activities play an important part in fighting against student dropout. The children don’t get bored and it's another way to teach and motivate them”.

The unions involve the entire community and persons with the most influence are invited to take part in the union training. They might, for example, include traditional and religious leaders, mayoral staff, local representatives of the ministries of Education, and sometimes police officers. Training is also provided for parents’ associations and school management committees. Everyone becomes aware of the role that he or she can play, for example, by accompanying teachers visiting parents to convince them to send their children back to school. Malian union SNEC has created several mothers’ organisations to support its projects, given the key role that mothers play in their children’s education.

Raising awareness on gender issues is also crucial, as educating girls is too often considered of secondary importance. The Ugandan trade union UNATU is implementing a multi-faceted strategy which includes ensuring there is at least one women teacher acting as a point of contact in each school, providing training on gender relations for professional development purposes and making an appeal for separate toilets to be built for girls. Projects have also tackled the practical obstacles that girls can come up against, for example by teaching adolescents how to make reusable sanitary towels or ensuring they can get to school safely. In some countries, including Zimbabwe, Malawi and Mali, there has been a focus on opposing the tradition of early marriage and the high incidence of early pregnancy among adolescents.

The rollout of these projects represents the fulfilment of several of the resolutions adopted by EI Congresses in connection with the elimination of child labour[iii]. They are producing some very encouraging results and doing so quickly. Soumeïla H Maiga, anti-child labour projects coordinator at SNEC, tells us that “In the Ouroun area, in 2013-2014, we counted 1,555 annual school dropout cases in the 11 schools included in our project. By 2019, there were no longer any cases in these schools”. In Uganda, total student numbers increased by 28% between 2015 and 2019 in the 15 schools included in the Erussi project, while pupil dropout rates have substantially fallen. Over a period of eight months in 2019, 285 children in Kawbinja, Malawi, (138 boys and 147 girls) were withdrawn from child labour and enrolled in the 10 schools included in a project lead by unions TUM and PSEUM.

There is a risk that the COVID-19 pandemic and the resulting economic consequences will have an impact on school attendance and lead to a resurgence in child labour. When schools reopen their doors after long periods of closure, there is a risk that attendance rates will fall. This would be in line with what we saw happen in Guinea after the Ebola epidemic in 2014, when some children did not return to school when classes resumed after an interruption of several months[iv].The good practices implemented by the teaching unions in the child-labour-free zones should limit the negative consequences. They may also inspire similar actions to be taken in other countries thus hopefully deterring a resurgence in child labour.

[ii]See Nora Wintour’s article, “Getting children back to school after the COVID-19 closures: how EI's child labour projects empowered teachers and their unions”, for more information on the content of this professional training.

[iii]See for example resolutions “Continued action against child labour by fighting school dropout and working towards quality inclusive education for all” and “Child labour” adopted during the 8th EI Congress in Bangkok.

[iv]See “In Africa, making use of the EBOLA epidemic experience to combat Coronavirus”, by by Kadiatou Bah and Salifou Camara.

“Getting children back to school after the COVID-19 closures: how EI's child labour projects empowered teachers and their unions”, by Nora Wintour. 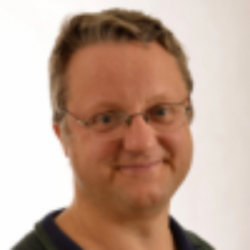 Samuel Grumiau is a consultant for Education International and is responsible for the coordination of projects to fight child labour implemented by EI members with the support of EI and its partners. 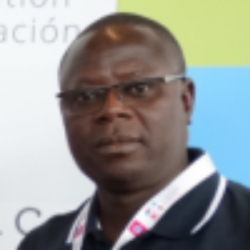 Pedi Anawi is a coordinator at Education International’s Africa regional office where he is the point of contact for the fight against child labour.