The country with the highest number of refugees per 1,000 inhabitants

Most Syrian refugees in Lebanon do not live in refugee camps, as is the case in Jordan and Kurdistan, but have settled mainly in the northern and eastern parts of Lebanon (Tripoli and Beqaa), which are already poor and marginalised areas.

The recent UNHCR annual Global Trends Report stated that, as far as the refugees per 1,000 inhabitants ratio is concerned, Lebanon is still leading the way, with 232 refugees, followed by Jordan with 87. Adding to that, Lebanon has seen a new wave of Iraqi refugees fleeing ISIS, the defunding of Palestinian refugee schools in the country, and the worst economic turmoil since 1975.

The huge flux of refugees is weighing heavily on all aspects of life, especially the national and political tension between the refugees and the host communities.

Lebanon has a weak public education system that is still suffering the consequences of the civil war in 1975 and the pro-privatisation trends imposed by successive governments and the International Financial Institutions.

Since child refugees in Lebanon do not live in camps, the provision of basic services and education is handled by the Ministry of Education, UNHCR and UNICEF, alongside other aid agencies.

There are around 450,000 Syrian refugees of school age in Lebanon. Out of the 1,396 public schools in the country, 1,014 schools receive around 137,000 Syrian refugee students. In addition, 144 schools are used to teach refugee students in afternoon shifts. Around 4,500 teachers from public schools teach the afternoon shifts and are paid an average of 10 US$ per hour, with no compensation for preparation or lesson planning.

The remaining number of school aged refugees, those not enrolled in the public-school system, receive informal education through international aid agencies active in the refugee settlement areas. Education unions have been voicing serious concerns regarding the qualifications of teachers recruited by aid agencies, an aspect that has been often overlooked in the recruitment process.

Education unions through the Union Coordination Committee composed of all Education International affiliates in Lebanon has warned the Ministry of Education on several occasions that students and teachers are facing an education crisis. Teachers and their unions were not involved or consulted in the process of securing and providing education for refugee children, despite being the ones in the field, striving to maintain the minimum levels of quality education for Syrian and Lebanese students. Education International affiliates have highlighted a number of barriers and challenges to learning, including differences between Lebanese and Syrian curriculums, classroom size, the different academic levels of students, language barriers, transportation costs for the refugees, bullying and limited psycho-social support for traumatised children, and the lack of trained teachers to teach children in crisis.

The impact of the refugee crisis has been a gendered one. Girls are more vulnerable and more disadvantaged, with the crisis significantly reducing their access to education. This is because girls are given caring responsibilities and many are forced into child labour and early marriage to help their families financially. They are also victims of gender-based violence.

Making a bad situation worse: The impact of the Covid-19 crisis

There is absolutely no doubt that the Covid-19 health crisis has adversely impacted the education of Syrian refugee children. As schools closed, the Minister of Education introduced distance learning in three tracks: television, online and paper based.

The Ministry decision was not clear on refugee education, especially for children attending afternoon shifts. To fill this void, education unions have stepped up their efforts to ensure that the digital gap is not keeping refugee students from learning. Thus, union members volunteered to prepare televised classes, support parents over the phone, and worked to provide assignments, guidance, and feedback to Syrian refugee children.

All these efforts have resulted in distance education being provided in half of the public schools teaching refugee children. Unfortunately, many refugee children did not have access to distance learning programmes due to the lack of support from the Ministry of Education and the lack of infrastructure. Moreover, many teachers working double shifts did not receive their salaries during the crisis.

It is critical to emphasise that the complexity of the situation requires joint humanitarian-development approaches, collaborative implementation, proper funding, and adequate qualifications to provide quality inclusive education to refugee children. Ensuring high-quality primary, secondary and higher education in a safe learning environment for refugees will help to prevent a lost generation.

Going forward, we must work together to build a better learning environment for refugee students, to demonstrate our commitment to building a better future, and to reduce poverty and vulnerability among refugees. 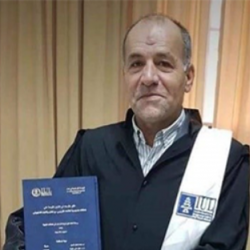