Unions and governments have been in conflict since the dawn of time. The mere existence of unions as a force to defend workers’ rights where governments fail to do so in and of itself leads to this conflictual relationship. In Africa, unions have rarely been consulted during the COVID-19 crisis and even when they were, their advice was seldom taken into consideration by government. Can there be a way for both entities to collaborate for a more dynamic, timely and accurate response in times of crises?

Since early 2020, the COVID-19 pandemic has led to unimaginable disruptions to health, world economies and education. Schools have been shut down since March/April 2020, leaving 1,725 billion students out of school, impacting about 99% of the world’s student population (UNESCO Global Monitoring Report, 2020). Around the world many countries have tried to salvage what was left of the school year by implementing emergency distance learning through different means and media. As can be expected, some were more successful than others at implementing online learning due to better connectivity and preparation of teachers to undertake such an assignment.

In Africa, numerous education systems that had already been suffering from existing disruptions (political crises, natural disasters and pre-existing health issues) were hit hardest by the incoming new threat of the COVID-19. Many African countries were ill-prepared for school closures and were unable to implement proper online teaching and learning, leading to a deepening of the already existing education gap. Education International’s (EI) Future of Work in Education Survey (upcoming) confirmed that all over the globe, poorer neighborhoods and rural areas were more severely affected by the crisis as their connectivity was already low and teachers did not have the necessary preparation for online teaching. In Africa, many of the students in poorer and rural areas found themselves out-of-school and having to work to support their families as the economic crisis damaged their families’ already precarious livelihoods. In some areas, Gender Based Violence has become more prominent due to financial frustration and children being at home longer than usual; domestic violence and early marriage have risen and many girls are not expected to return to schools once education resumes.

Developing appropriate education policies to counteract the negative effects of the pandemic had to happen in a flash. During my time at EI, I witnessed first-hand how collaboration between unions and government happens for the sake of policy development. The Future of Education in Africa seminar series that I helped organise lasted for four weeks, two of which I attended, and the progress made during the meetings was palpable; representatives from unions and governments who started off in offensive and defensive positions respectively, slowly turned into allies and started seeing eye-to-eye on issues that were mutually relevant including the common struggles against education disruptions, among others due to COVID-19. The discussions were extremely fruitful, bringing out the different points of view and laying it all out on the table. The government which started by thinking they were doing the best they could in a situation of crisis considered the alternatives and the existence of better, more efficient ways to do things suggested by unions, and the unions who were outraged about not being involved in the policy-making process felt their voices were being heard and taken into account.

One of the questions that comes to mind is: what’s next? It is always a good step to get the different parties in the same room to get a dialogue started, but is it enough? With the help of influential organisations such as EI, Open Society Foundations (OSF), UNESCO’s International Institute for Capacity Building in Africa (IICBA) and the Teacher Task Force (TTF), national actors can be more willing to join in an open dialogue. But what happens after? Ministries and unions have signed a consensus document outlining the steps to come on education issues, stressing the importance of future cooperation and collaboration to resolve challenges that come out of disruptions such as the COVID-19 pandemic, but how do we ensure the continued update and implementation of these actions? How can the global community make sure that they do not simply become normative guidelines that countries should keep in mind but rather a roadmap for future action to safeguard the well-being of students and teachers and the quality of the services provided to students?

The process of policy construction is a complicated and lengthy one. The government by itself can lead the process but cannot do it alone; a collaborative practice is essential and consultations with concerned stakeholders is crucial in order to develop the needed outcomes for a more equitable system with better quality education provided to future generations. Governments alongside with unions representing school teachers and education personnel need to work together to ensure that the necessary knowledge and skills are taught to African students in order to be able to cope with an uncertain future. In order to do so, a strong focus on curriculum content, types of assessment and teacher professional development need to be addressed immediately. Leaving behind orthodox ways of thinking about the importance of literacy and numeracy in education and revisiting how curricula are developed, seeing that there are more pressing skills that must be developed by students during times of crises is of paramount importance in today’s context. Such skills include emotional and social learning, psychosocial training and how to deal with trauma, how to prevent climate change and prepare for a more sustainable future, among others. Preparing teachers to deal with students’ basic necessities, including psychosocial support to deal with the current challenges is an emerging issue that requires policy-makers’ consideration. Continued dialogue and agreement on joint action between governments and teachers’ representatives as well as teachers’ involvement at all stages of policy processes is the only way to reach a consensus and a solution. 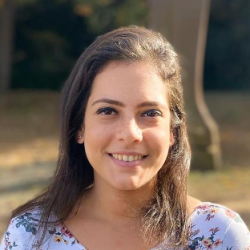 Cherine Sabry is a former intern at Education International. She is enrolled in the Master in Education Policies for Global Development (GLOBED) at Universitat Autònoma de Barcelona (Spain).She previously worked for international organisations on developing and managing education projects in Egypt.