There is a football chant that is used to taunt opposing fans, most often when their team is losing, which goes, “You only sing when you’re winning…”, so in that vein let me reflect on the recent place of Scotland in the PISA 2018 results on Global Competencies!

PISA “scores” and the inevitable “league table” analysis of many commentators, regularly feed into Scottish political discourse about the efficacy of our Education system in a manner which does little to enlighten thinking. Politics in Scotland is largely binary and shaped around the independence question. As Education is wholly devolved to the Scottish Parliament, the characterisation of our system as progressive and successful, or one dominated by a narrative of failure and declining  standards, depends to a significant degree on the broader political issue of support or otherwise  for independence, the stance of the current government.

Our curriculum model, however, Curriculum for Excellence, was created at a time of greater consensus and from its inception it has tried to move beyond a simple and singular focus on “attainment” as the key metric, with an explicit articulation  of “4 capacities”, all equally critical,  which include active citizenship, broader achievement, personal growth, and responsibility.

Within the framework of the curriculum, teachers are free to devise their own teaching programmes across the “Broad General Education” which runs from age 3-15, with a “Senior Phase” then covering 16-18, which is where formal accreditation of qualifications takes place, in various ways.

Partnership working is the default arrangement in Scottish Education and teacher trade unions have been involved in various fora overseeing “CfE”. Although there have been issues around implementation, the “success” of Scottish pupils in the PISA VI report is a vindication of the direction of travel which Scottish schools have embraced over the past decade plus.

These successes were barely mentioned in the media. It seems at times that Scotland doesn’t muster much of a song even when it’s winning.

That said, none of the above should suggest that significant challenges are not faced in Scottish Education – the impact of poverty on educational attainment being the most significant, perhaps. But they do suggest that our educational framework is well placed to drive towards the type of global competencies which are vital in the 21st Century.

Reinforcing that framework are the professional standards which apply to anyone wishing to teach in our schools. You cannot teach in Scotland unless you are a qualified teacher (degree and teaching qualification required) and  registered with the General Teaching of Scotland, whose governing Council contains a majority of practicing teachers elected by their peers). All of the GTCS standards begin with a statement of values which commit teachers to challenge inequity, discrimination, and prejudice in all its forms.

The positive outlook captured in the PISA results are a reflection, therefore, of the values which teachers are required to model in their daily practice.

In the early days of the pandemic, when across the UK we had lockdown and school closures, it was informative to follow the education debate across the four Education systems. In England the political debate seemed to move quite quickly to education “loss” and the need to “catch up” before irretrievable damage was done to children’s life chances.

Clearly pupils missing school has serious implications but in Scotland the challenge was focused more on the idea of “ education delayed” and the need for a system-wide focus on addressing  education recovery by first of all concentrating on the health and wellbeing of pupils, including mental wellbeing- attainment was not the prime concern.

Something as seismic as a pandemic, tests the structures of a society and fault-lines are relentlessly exposed – and I have mentioned already the inequity created by structural poverty.

For this reason, Scotland committed early to the call from Education International for an “equity audit”. Addressing the challenge of poverty and socio-economic deprivation will require investment in more than just our schools and colleges. Nonetheless as a union, we have committed significant resources to tackling the impact of poverty on education, working with members to mitigate the damage within  our schools and delivering high quality professional learning, with teachers talking to teachers about how to make a difference.

And that is the key – what teachers do in the classroom, day in and day out.

If the pandemic has shown us anything in the world of education it is that the interaction of pupil and teacher is critical to the nurturing role which schools play in the development of our young people:  their sense of themselves, their sense of others; and their sense of values. That’s a lesson for us all to learn from...and to sing about, with humility, when we’re winning. 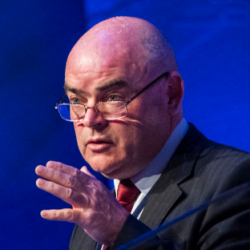 Larry is General Secretary of the Educational Institute of Scotland (EIS), Scotland’s largest teaching union, and a member of the EI/ETUCE Committee. Prior to becoming General Secretary, he had 33 years’ experience as an English teacher, the majority of his service being in Glasgow. As a lay activist, he was the EIS Education Convener and represented the union on the Curriculum for Excellence Management Board during the formative decade of this major curriculum reform.